Recently I read or reread some works of Montana history concentrating on the territorial and early statehood periods—books by classic historians Joseph Kinsey Howard, K Ross Toole, and Merrill Burlingame, as well as newer authors Ken Egan and Aaron Parrett. All wrote knowledgeably, even eloquently, about this exciting time in our history: The gold rush, the vigilantes, the early attempts at political organization, the coming of settlers to the place Howard described as, “High, Wide, and Handsome.” Gradually, though, another theme came through. That beginning was also a tragic end. The time when miners, ranchers, and farmers burst into the country that became known as Montana was the same time that ended the Native American cultures of the land that had been here for thousands of years. In the histories, this ending is inevitable. It was also intentional.

This realization led me to Cheyenne Autumn, by Mari Sandoz. In her book, she describes one long incident which took place during fall / winter 1878-1879. This was the flight of the remnant of the Northern Cheyenne tribe from the Indian Territory in what is now Oklahoma back to their home in the Yellowstone country of Montana. It is a difficult book to read; there is heartbreaking tragedy and brutality on virtually every page. It is also a necessary book to read. One reviewer stated that the book was confusing, and not entertaining. Sometimes reading is work, not recreation. There are works we read not for fun, but for enlightenment. This is one such book.

Divided into Northern and Southern branches, the Cheyenne are a relatively small tribe of Plains Indians. Allied with the Arapaho and Lakota Sioux tribes, they played a significant role in the conflicts between Native Americans and white soldiers and settlers in the 19th century. The Cheyenne were described as brave, skilled horsemen and warriors with strong family ties. They were peaceful and somewhat resigned to the white ways. Yet, as Sandoz states; “... when the Army was sent to punish Indians for making trouble, there seemed always a camp of peaceful Cheyenne near, where some agent had told them was a safe place to go.” Two of the most infamous massacres were committed against the Cheyenne: Sand Creek in 1864, and Wachita, almost exactly four years later in November, 1868. This seemed to be the month for these occurrences, when the tribes were in their winter camps. 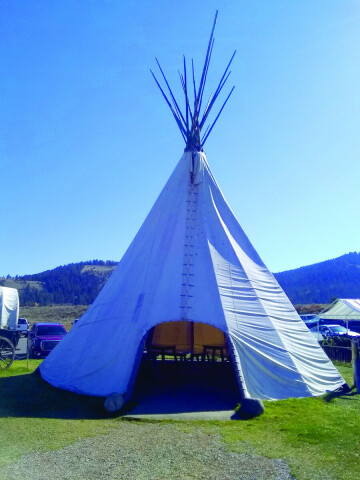 Time after time, the Cheyenne were relocated to areas where the only alternative to starvation was disease. Time and again they slipped away to return to their chosen hunting grounds. Sandoz’ book describes their last and greatest flight. Once again they had been sent to the Indian Territory in Oklahoma. The hot, humid summer helped spread measles and malaria. There was no food. Two of the great chiefs, Little Wolf and Dull Knife, led the people north. They had walked from Montana to get there, and they would walk the 1500 miles home. The difference was that soldiers had guarded and escorted them south; on the way north, they would have to elude and fight the soldiers.

Sandoz vividly describes their trek, which began in September and lasted into the cold and snow of winter on into the spring of 1879. She writes using Native idioms and vernacular; occasionally, this method creates problems with meaning, but more often it is poetry. “The call of the years” refers to the coming of old age and death. Young warriors are told to aim their rifles high since, “The bullet gets tired in going so far.” Sandoz has an obvious sympathy for and understanding of the Cheyenne people. Much of the text describes their relationships and personalities, such as the subtle authority of the chiefs, both in controlling the warriors and in preserving the lives of “the helpless ones,” as well as the respect of the people for their leaders and tribal healers. Sandoz recounts the desperate attempts at some kind of normal human life in the midst of their literal running ordeal. These people become real to the reader, and their fate is emotionally searing.

Mari Sandoz was born in 1896 to a Swiss immigrant family in pioneer Nebraska. Early on, she determined to be a writer, despite receiving little education. She talked her way into the University of Nebraska, though she had no high school diploma. She wrote continuously, but without any publishing success. Ironically, her first break came with Old Jules, a biography of her father which, though he had always strenuously opposed her writing, he requested she write. She continued to write both fiction and nonfiction about the great plains, including an extensive scholarly study of Lakota leader, Crazy Horse. Along with four other books, Cheyenne Autumn comprises her Great Plains series—meticulously researched works of history. She later moved to Denver, then to New York for access to research facilities. She continued to write, and to teach writing for the rest of her life. She died in 1966.

After months of flight and dozens of escapes from the thousands of troops searching for them, the Cheyenne split into two groups, each led by one of the chiefs. The group led by Dull Knife went toward Fort Robinson in Northern Nebraska, hoping to make it to the Red Cloud Agency at Pine Ridge. Based on assurances from the military, they had reason to believe they would be allowed to live there with the Sioux. However, they were locked in a barracks at the fort and told they would be sent back to Oklahoma. When they refused, all rations were stopped. In January, 1879 they escaped once again. Within days, most of the starving and freezing Cheyenne were recaptured or killed. 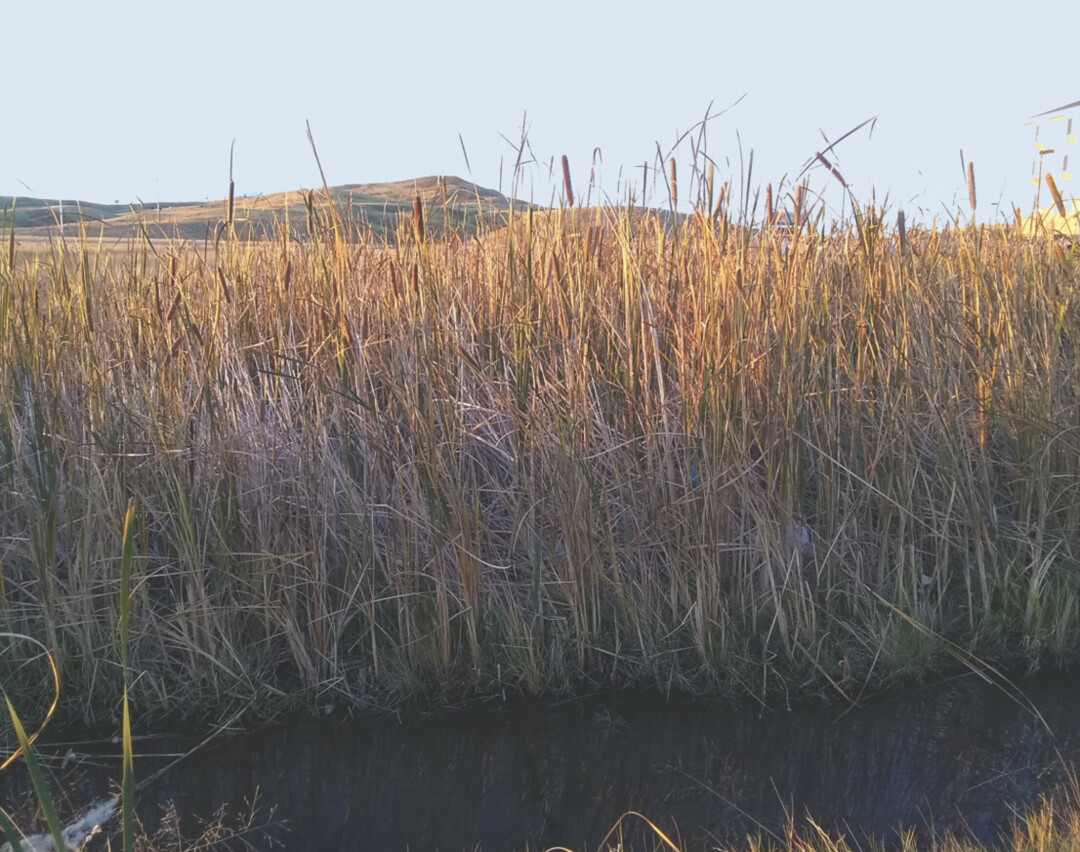 The group led by Little Wolf made the decision to continue on to the Powder River country in Montana. They eluded the Army and spent the winter in the Sand Hills of northwest Nebraska. For months they hid and hunted along a creek in a canyon, undisturbed. In the spring, they traveled north again and, when they arrived at the Powder River, surrendered to an Army officer whom they trusted. They were taken to Fort Keogh at Miles City.

In the 21st Century, the media has a huge influence; this was true 150 years ago. Newspaper reporters followed the soldiers and wrote about the Indian Wars in the west. The outbreak of the Cheyenne from Oklahoma was a big story. The Indians had few weapons and no food. There was little game. They raided for beef, horses, and weapons, sometimes at locations near where their relatives had been massacred in previous years. Whites were killed, and the press reported and exaggerated this. But as the ordeal continued, the ability of a couple hundred Native Americans (more than half of whom were women and children) to fight and evade thousands of troops became a bigger story.

The starving and killing of Dull Knife’s people caused a reaction of sympathy toward the Cheyenne. The Army and the Bureau of Indian Affairs searched for scapegoats among their ranks. The Little Wolf band was allowed to remain in Montana, while some of the others were sent to Kansas to stand trial for the killings there. They were acquitted for lack of evidence. In 1884, the Tongue River Reservation was established for them. It was later enlarged and named the Northern Cheyenne Reservation. Today, the tribe numbers over 10,000 members, more than half of whom live on that land in southeast Montana.

Sandoz’ book, Crazy Horse was published in 1942, Cheyenne Autumn in 1953. They were works written before their time, before the American Indian Movement of the 1960’s and 70’s. Both books were well-received for their authentic and sympathetic portrayal of Native Americans. These works resonate for us today not for anger or guilt, but for understanding. The Northern Cheyenne could not understand our culture of ownership and greed. They wondered at the white man’s desire for gold, something they saw no use for. We did not comprehend their mystical connection to the land. Cheyenne Autumn describes what one tribe endured one fall and winter within the context of hundreds of years of oppression toward all Native Americans. It is personal and individual in its portrayals. This is the best way for humans to learn to tolerate and interact, and, perhaps, to appreciate one another. If this all seems so long ago, it is not. It is possible that a very elderly Cheyenne could have had grandparents who lived through those times. (Sandoz relied on first-hand sources among the Cheyenne in the 1930s.)

On a recent drive through southeastern Montana, we traversed the pine hills and golden grasslands of the Northern Cheyenne Reservation. On a ranch gate, I noticed a Northern Cheyenne tribal flag flying on one post, and the Stars and Stripes on another. I took this simple gesture as a sign of hope.