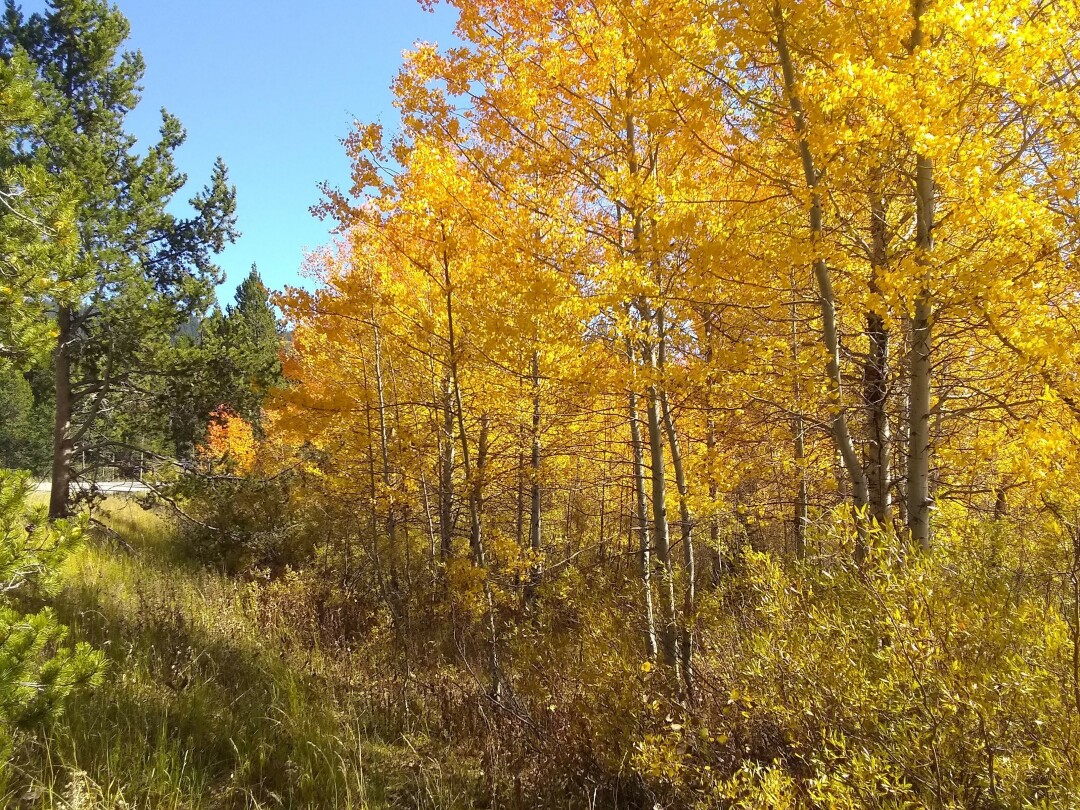 In the course of a day, it is possible to have multiple conversations with various people, from strangers to friends, and speak only of the weather. The subject is current, even immediate; historic, yet in the future; benign or raging, it’s all inclusive. In short, common but fascinating. People spend a good part of their lives either enjoying or avoiding the weather. We share this interest, even obsession, with everyone alive, with everyone who has ever lived.

Human beings are fairly fragile organisms. We have a narrow range of tolerance in terms of temperature. Realistically, that range is less than one hundred degrees, and even then we require clothing for insulation. Earth varies a bit more, from Death Valley to the Polar Wastes. That, however, is just on the surface. The interior of the planet is much hotter, while the atmosphere above is much colder. Farther away, the surface of the sun is 10,000 degrees, and the core an incomprehensible 28 million degrees. Deep space approaches absolute zero at -454 C. Why are there millions of degrees of heat and just hundreds of cold? It seems that subatomic particles, which are used to measure temperature, get fired up the hotter it becomes. In contrast, all their movement ceases with dead cold. Absolute zero could be called absolute nothing, since beyond that point there is nothing to measure. All these numbers and cosmological ideas need not be considered when deciding whether to pull on another layer.

Of course, the weather is much more than temperature. It is wind and calm, storms and clear skies, sunshine and clouds—all the conditions that await us when we venture outdoors. These complex combinations are what make it all so conversational. Still, many people do their best to avoid the concept altogether. They ask only for a constant 70 degrees, pile carpet, and four walls to create a boundary against what they deem unpleasant. There are buildings where this is possible; they contain apartments on the upper floors, restaurants, coffee shops, maybe a market on the ground floor, a little gym where one can ride machines that go nowhere. Bozeman even has a few. It is possible to remain indoors indefinitely. No thanks.

Some of us have a desire to be outside as much as possible. Bruce Springsteen dramatically put it this way: “Step out on the front porch and suck the cold air deep inside of me.” The front porch is just the beginning, and venturing out means always being aware of the weather. Fall is a good time of year to discuss changes and preparations, since the biggest weather alteration on the calendar is looming. Years ago on a trip to Hawaii, my wife was asked why she took a jacket on every outing. Her questioner told her it would be 83 degrees all day, and 81 all night. She replied; “I am from Montana.” Enough said. However, even in Montana we can become a bit complacent during the summer months. At times when someone suggests a hike, I will just grab a hat at the door and take off without any other preparation.

Near the end of August on one of those hikes, I looked up the slope and noticed that the green brush of summer was turning pale; when I checked again a week later, the hillside was halfway to yellow. Now, in October, it is a brittle gold. I was still out there with my hat. Reflecting that a bush was preparing for winter while I was still summering caused me to consider further seasonal changes, the first of which can be as subtle as the gentle shading of the trail foliage. Next would be noticing the morning chill and throwing on a jacket or fleece before a walk or a bike ride. The garment will be shed and tied about your waist soon enough, but it is a small modification to carefree summer days. This year, climate change provided us with days into the mid-nineties during the first week of September, but we all know what is eventually in store. 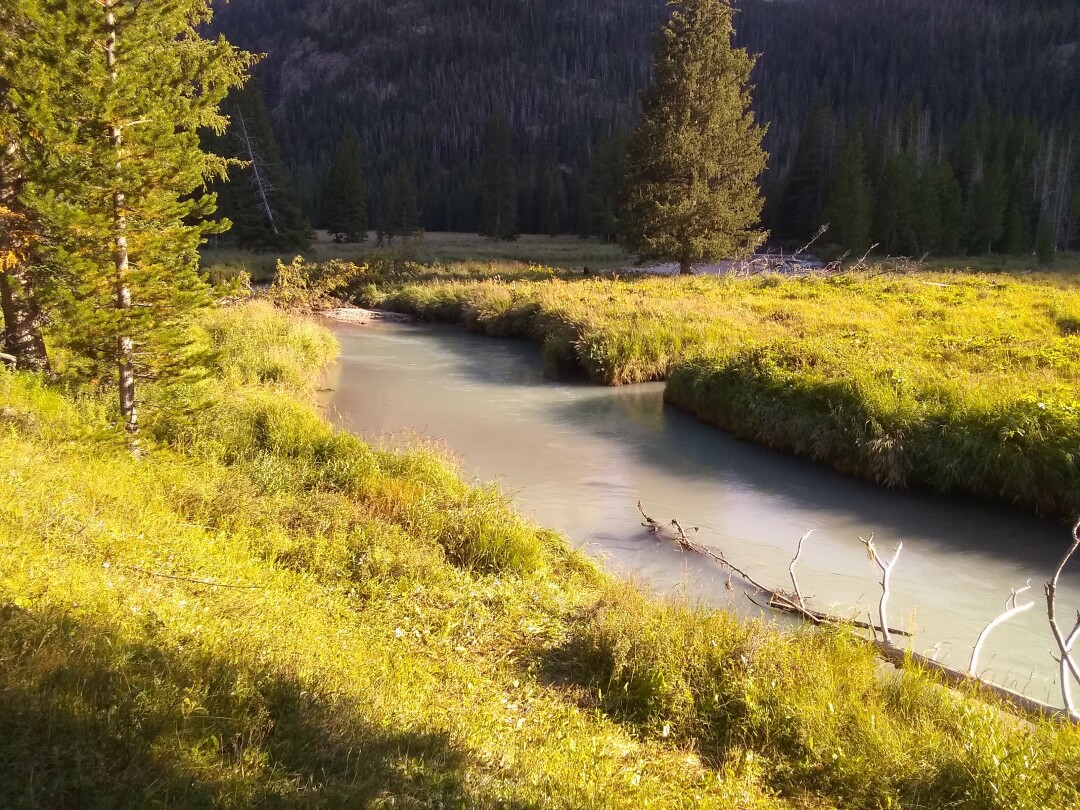 It seems that each year we are treated to a September snowstorm, usually late in the month. Afterward autumn plays its magic, sometimes well into November. That first storm is a reminder to switch out some gear and pay attention to changes not just in weather, but in its close companions, daylight and darkness. Bozeman is located halfway between the equator and the north pole (the Wyoming border is at 45 degrees). At the summer solstice, we receive fifteen-and-a-half hours of light. At the winter solstice, it’s just eight-and-a-half. At the fall equinox, the hours of light and dark are even: twelve and twelve. So this ratio is constantly changing, though it is not noticeable from day to day. The important day is an artificial one: the end of Daylight Savings, usually in early November. This is the change we all notice and normally hate.

The changes in weather and light should not drive us indoors, even if there are football and baseball playoffs, and a couch across from the television. These exterior alterations can trigger some mental calm that comes at just the proper time. Outdoor activities during the rest of the year are full on—at times it is much like a race. In winter, movement is necessary simply to keep warm. In spring, there is joy in breaking out of a kind of hibernation. Summer is just fun—all that light, all that sun, extra hours every day. But fall is a good time to take it easy, reflect, go slow. The races and goals should be either achieved or discarded. The early morning runs and rides mellow into strolls and meanders without clocks.

By October, dawn is much later; a hike can begin when it feels right, not so early. Maybe it is not necessary to charge all the way up Hyalite Peak, especially if that was done in August. Stop at the lake for a picnic and to gaze up at the peaks and ridges, reminiscing about previous ascents, and vaguely planning future ones. A bike ride up the paved trail to the M does not have to be early or late to avoid the heat; embrace the cool of the fall days. Fishing will be better with the temperature dropping in the streams. Any walk is likely to contain stops for Canada Geese flyovers. The tans and browns, yellows and golden colors in nature are naturally calming. Nothin’ better than that perfect shade of wheat just before the harvest. What can that even be called—gilded grain? No matter, we know it, and it brings a smile of completion and restfulness.

If all this sounds like the end of something, it is good to remember the beginnings also. Kids dropped off at school, MSU students trudging along on the campus sidewalks. The start of what used to be called ‘Michaelmas term’ in eastern prep schools and colleges. This newness and excitement runs through our entire community. Projects and assignments, homework and clubs begin. I even get into this mode, pulling a bigger book off the shelf or from the library stacks to peruse something more literary than a breezy summer read. I remember that Frodo and his Hobbit comrades set off from the Shire on their great quest in the autumn of the year. That was last fall’s book; this year, maybe I’ll choose Hemingway’s northern short stories or, better yet, a Willa Cather plains novel. 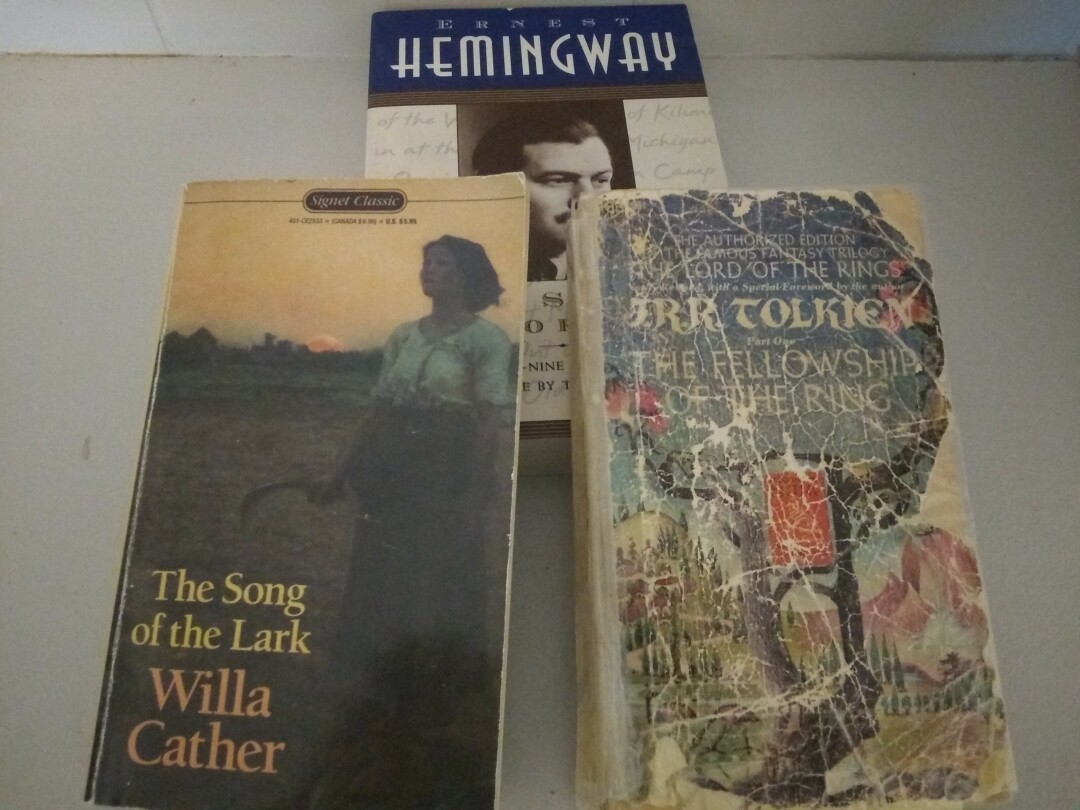 Many of those kids newly in school are busy with fall sports. Check out the schedules. Go to the new high school football stadium. The Hawks and the Raptors both play there. Their Friday Night Lights games are better than the ones inside on your TV. The soccer field is next door. The Bobcats are filling up their stadium on Saturdays. There is always something to get out for, watch and support. Pull on that fall layer, or wrap up in that blanket. It feels good after the hot summer evenings.

Nothing is for sure, except change. The coming of fall brings some things to an end, but contains beginnings too. They are both familiar and exciting. The weather and the light makes these things more noticeable, different. Sameness is gone for another season, until the fall routine gives way to winter. There are new activities, but the pace eases somewhat. The feel is more relaxed, even contemplative. Our summer sweat becomes a cool breeze around an upturned collar. Hey, we earned it. And we are in Bozeman, the best place in this world, as opposed to deep cold space or the surface of the sun.