I walk through the brush with my eyes cast ahead. The heat in the air feels heavy like a blanket draped over my body, one I can’t take off. I try getting used to the heaviness. My gate slows and my breathing steadies. The smoke lingers around me. I see grass wilting in its presence, some trees begin looking like a Salvador Dali painting. Branches of cottonwoods hang over one another, long and stretched out, leaves fall onto the ground leaving fresh limbs bare and shocked. I don’t remember summer feeling so brutal. My memory flashes back to the smell of petrichor on pavement and afternoon rainstorms. I know summers in Montana weren’t always this harsh. Having evidence of fluctuation provides privilege. We gain knowledge for us to see none of what we’ve just experienced is normal.

The summer of 2021 in the Gallatin Valley felt different. Looking back, the winter of 2020 feels different, too. Bridger Bowl Ski Area closed early due to a lack of snow. I remember the bare Bridger mountains sprinkled with what looked like powdered sugar. The sky always tinged with a dark grey, almost like it felt as bitter as we did. So rarely did we feel moisture fall, but we all waited. Even if you didn’t ski or participate in winter sports, you still wanted the snow to begin and not stop for a while. The moments came for us a couple of times. Mostly, extreme cold powered through.

Bozeman was facing a Stage II drought going into September. The valley started restricting water usage on July 15th, 2021. Companies and individuals found not following restrictions face warnings and possible fines from the City of Bozeman. What does this mean for the rest of the year? While we follow rules for one season, do we keep the drought in mind for the next season? Treating something so dire like a drought with an “out of sight, out of mind” way of thinking doesn’t feel appropriate.

Smoke filled the air nearly every day over the summer. While most of us in Montana aren’t strangers to fires, we know them lasting for such long periods of time, and occurring at increased frequency proves rare. 84 fires currently blaze throughout the state. Nearly 640, 000 acres have burned in Northwestern Montana, leaving the region in a Stage II fire restriction. During the summer, we lived in what sometimes seemed like a hot bubble of smoke. Going outside would feel like hyperventilating from smoke, and at the same time, the thermometer might read 99 degrees Fahrenheit. The weather was hotter than last year, and the year before.

Montana remains a state full of individuals who rely on science. Montana State University is known as an acclaimed research university. Though life may sometimes feel out of our control, we have access to materials that give us information about the future. In a newly published scientific report from the United Nations, a group of 195 different U.N. governments firmly agree our planet is warming. During the very recent past, debates have been cast back and forth about whether the changing of our climate is actually happening. Now, the report from the

United Nations is the first where 195 country’s leaders, the most ever recorded, have agreed on the topic. An alarming and concrete part becomes the final agreement on the cause— humans are the main factor of climate change. Our need for gas, oil, and other materials causes a great amount of emissions into our current atmosphere.

We live in a different technological time from ten years ago. We gain more access to knowledge and technology with each passing minute. Scientists now have the ability to compare a model of what Earth looks like now, with the tons of CO2 emissions put out by humans, and another model of what Earth would look like without the emissions. Though the impact of human emissions cannot be reduced, it’s important to see what the Earth would look like without us around, without emissions. While we live in Bozeman in a place full of open air and vast expanse, we cannot escape climate change or its harsh symptoms. We are a part of the Earth.

The past summer we experienced in Bozeman proved humans and animals alike will need to begin adapting to new ways of life. Even in Montana, we will likely have hotter summers. Our air will become smokier and stay at high levels of the Air Quality Index (AQI). The impact of climate change will keep affecting Bozeman. Not only will the Earth feel affected, so will our bodies. We will need to acclimate. With increasing temperatures, a shortened water supply, and a lack of food such as fresh produce with a yearly decrease in fresh topsoil. Our bodies will adapt and evolve because they will need to. Though humans have a voice in the matter of climate change, animals are at a disadvantage. They suffer more with a lack of advocacy and warning. We have media, scientific reports, and word of mouth. It only makes sense for humans who show care for our animals and public lands in the Bozeman community to also show care towards our rapidly changing environment. 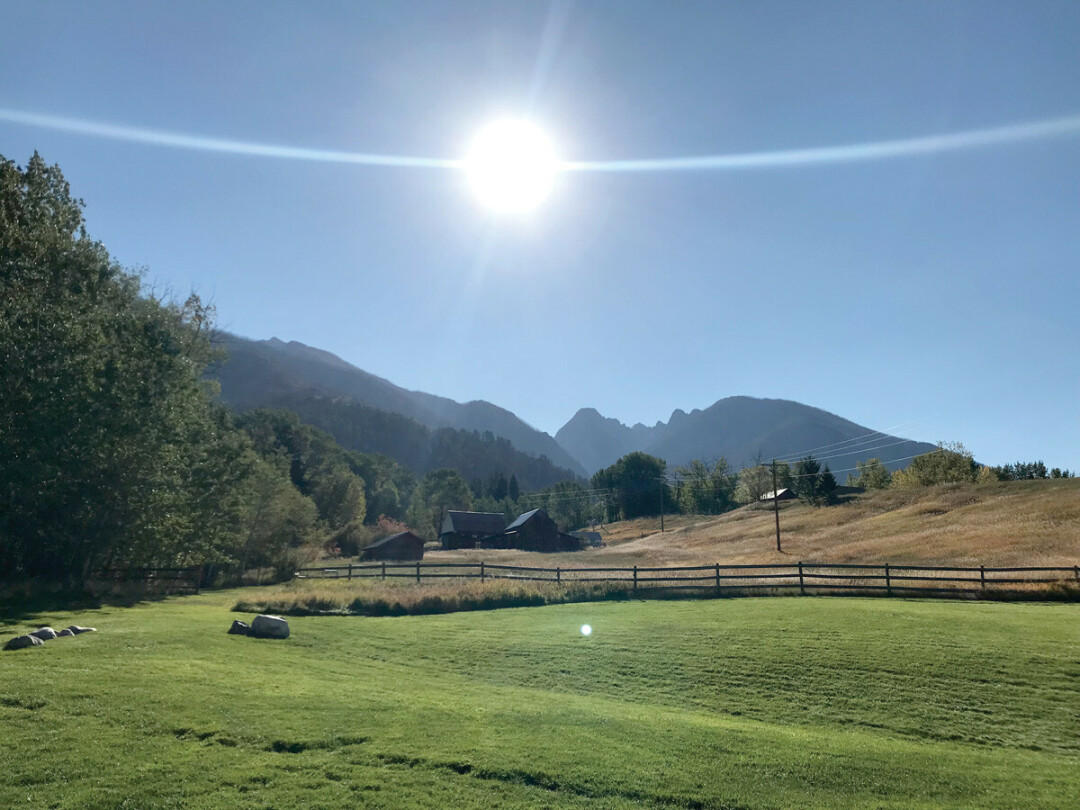 Humans depend on the Earth in monumental ways. Especially in Montana, we expect the land to give back to us year-round. We harvest and hunt from the land, we adventure throughout the entire year if we can, though many of us in Bozeman especially love the winter for galavanting. We appreciate what Mother Nature brings us, and we even “pray for snow.” When the ski season ended early for those of us in Bozeman, those who skied were undoubtedly bummed. Some people in the community may have felt a feeling of alarm, wondering if the next year would bring the same fate. The end of last summer in September 2020 contained a tragic memory of climate for us in town when the Bridger Range caught fire just above The “M”. Currently, a blackened mass of land appears where it burned.

Montana holds many diverse populations of wildlife. The beautiful places we travel throughout the state might leave you in a headspace of possible disillusionment. While beauty does exist throughout Montana, we have a responsibility as humans to make sure those places stay beautiful. We don’t live in a place without consequences or risks. The impact of the fire from last summer on the Bridgers is a reminder we are faced with every day, for those of us willing to look. Fires leave a mark. We owe it to our future, and future generations to play a part in what happens to our Earth. Even if we don’t have children or plan on having children, it’s necessary to act like we care about our planet.

We might think Bozeman will be spared from something so life-altering like climate change. For some people, Montana is an acclaimed hideout, a “getaway,” the place to “get away” from it all, anyway. For some people, their secret place where no one was supposed to find them. There is that stereotype, anyway. Really, a lot of people know about Montana. Montana starred in the Box Office hit A River Runs Through It with Brad Pitt. Hollywood celebrities have always coveted Montana. During the COVD-19 pandemic, many humans began moving to places like Montana out of the belief this would be a safe haven. Still, the past year showed nowhere on Earth will be spared from the effects of climate change or a widespread pandemic. When the days reached almost a hundred degrees Fahrenheit, the usually cool summer nights provided little to no relief as the temperatures remained in the 80s. Some people were lucky enough to have air conditioning, while others bought window units for the first time. More apartment buildings in Bozeman now come with their own built-in A/C units, something you used to only see in southern states where it isn’t unusual to see high temperatures.

The word thankful comes to mind when I think of the current state of our climate. Strange, maybe, but right now, we are at the best we will ever be. For the next thirty years, the world will warm each year by 1.5 degrees celsius. Vast types of wildlife will continue dying. Already, 100 billion sea creatures died from the devastating Pacific Northwest fires this year, along with a 75% decrease in our global insect population. The impact of the changing climate presents itself all around us. Though we cannot do anything right now to slow its impacts over the next thirty years, we can face what’s already here. Acknowledging how Montana is affected right now by the changing climate means citizens advocating for their home— the land can’t do that on its own.

People who care about the future might spend time wondering what will come of the Earth. What’s left behind won’t contain emptiness, but something worth holding onto. Generations living in a time further from now will also experience seasons throughout the year in Bozeman, but unlike the ones, we know now. The future holds a harsher reality of climate than we’ve experienced in our lifetimes. People alive after us will need to live life differently like we are beginning to now. Prospering through more summers like the one of 2021 might seem daunting. We will require skills not possessed now, and possibly have not even accessed. Another world lies ahead of us where we will start inhabiting a different atmosphere. There is time to appreciate now while using the knowledge we have.

Emily Lewis is a writing student at Montana State University. She grew up in Bozeman and she values all humans of our community; She advocates for human rights awareness; She believes we all have the right to peacefully enjoy where we call home.