Stepping Into The Unknown

Clowning Around with 406Cirque

Many of us have a narrow vision of what it means to be a clown, usually built off images of clowns in scary films. Due to these horrifying associations, we are often far from feeling comforted or open to the idea of being around clowns. I would argue that most people would have a generalized negative reaction to clowning because of the small box that our society has put clowns into. I would like to show a different narrative and shift the rhetoric of clowning. Mine is also a true narrative of clowning often ignored by cinema and the mainstream media. Paúl Gomex and Naomi Shafer represent what clowns really are and what they stand for. Both Gomex and Shafer have worked in the clowning profession for much of their lives. 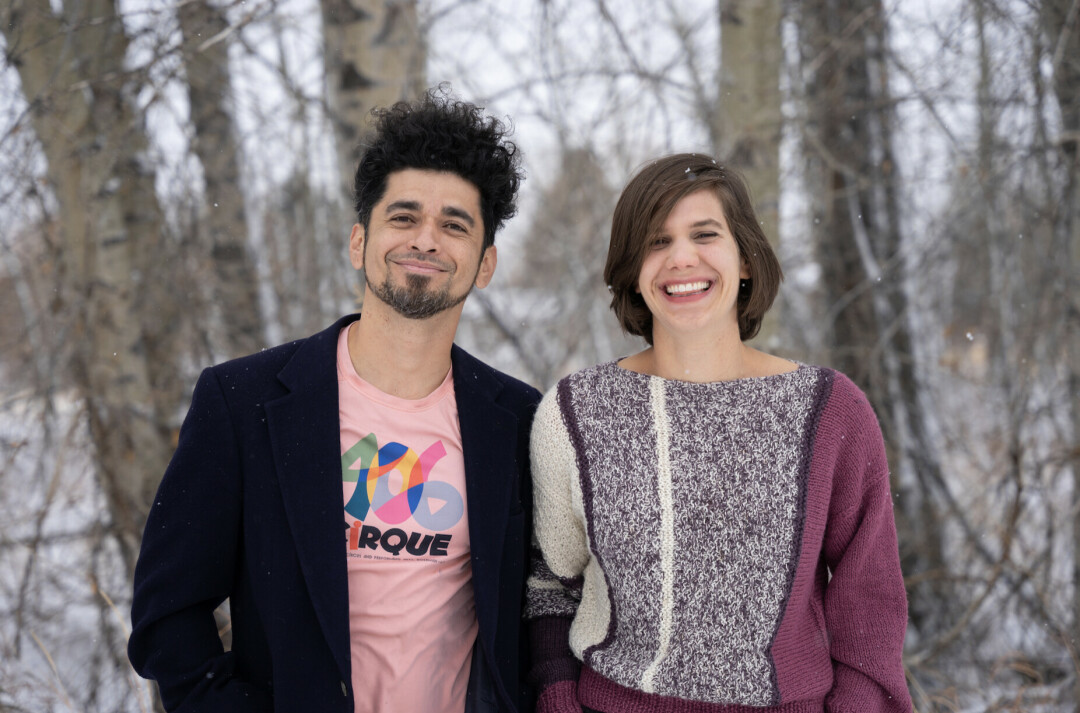 Gomex first started his journey as a street performer in Venezuela, primarily doing juggling acts. In the early 2000s, there were favorable conditions for street performance. The Venezuelan economy was thriving and there was lots of support for artistic creation. “I decided to move to Belgium when I felt like I hit a roof in terms of artistic development in Venezuela. I wanted to see if I could make it in the European scene,” Gomex says.

While in Brussels, Gomex worked in contemporary circus and dance and started volunteering for Clowns Without Borders, an association that performs in refugee camps and conflict zones. “Clowning in a humanitarian setting made me realize the universality of circus and sparked my desire to explore new dimensions of performing arts.” Gomex applied to Academy Dmitri for a MA in physical theatre, and a few months later he was on his way to Switzerland. “I went to Switzerland thinking I was going to make a solo show, but all the while I kept thinking, wondering why there was no Swiss chapter of Clowns Without Borders, and so I decided to form it.” In 2016, Gomex first traveled to Bozeman, to collaborate with late choreographer Mary Overlie.

Shafer recalls her first experience seeing a clown act in her hometown in Vermont. She was 10 years old and sat in a crowd of people. When the performance started, everyone around her dropped away as she became mesmerized and inspired by the clown on stage. The person performing was doing a miming act; as a kid with a speech impediment she was completely awestruck by the power of an act with no words. The clown who put the show on that day offered an afterschool program. “Mime class is where I could be my loudest self,” Shafer laughs. “No one asked me to repeat myself or teased me about my speech.” 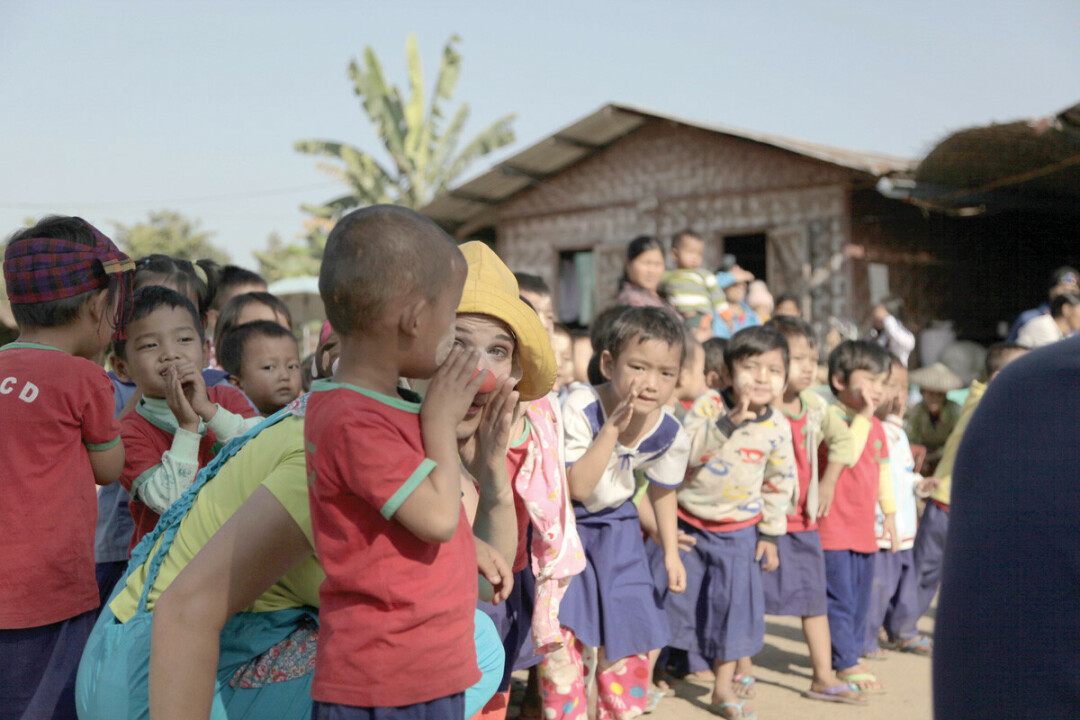 Although Shafer knew that clowning was where she thrived, her life forced her to push that passion to the side. Shafer went to school at Middlebury where she gained a B.A. in theater and Sociology. After Middlebury, Shafer went on to manage a grant for the Environmental Protection Agency and pursue an M.B.A in Environmental Business from Marlboro College. But Shafer couldn’t push down her inner drive for clowning forever.

In 2015, after performing in a Russian school that had been bombed, she came to the realization that laughter could be used as a powerful force for healing trauma. Shafer soon found herself volunteering for Clowns Without Borders – USA, of which she is now the Executive Director, producing clown tours for refugee camps, conflict zones and places victimized by recent natural disasters.

Then, in March of 2020, the world went into a global pandemic lockdown. Like many of us, her work experienced a domino effect of cancelations and a scary unknown future. As traveling and touring was no longer an option, Shafer called up Gomex to see if she could help in Bozeman. The two had met at a conference in Spain in 2017, and have been collaborating since then.

Gomex was excited to bring Naomi to Bozeman and benefit from her organized, enthusiastic and empathetic drive for clowning. They are both thrilled to be able to expose the community of Bozeman kids to the opportunities that clowning and circus offers. Due to Gomex’s ability to get things done, to create a welcoming environment and a business that clicks, he was able to start 406Cirque here in town. 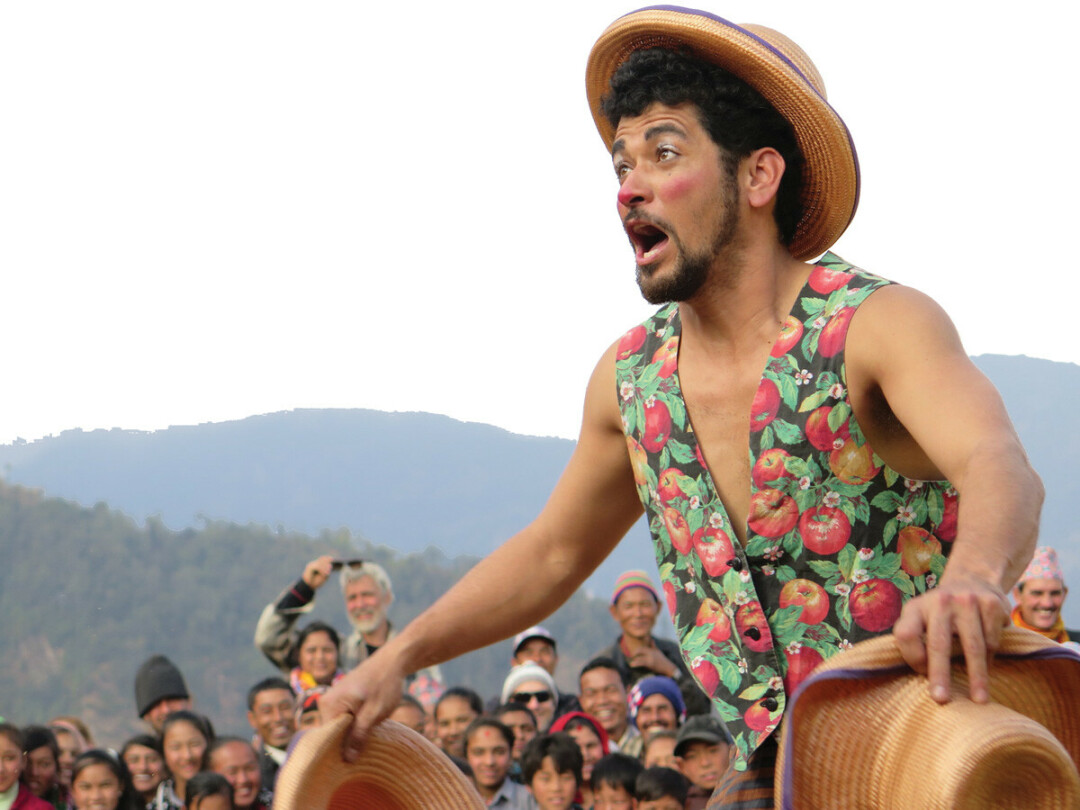 Gomex started 406Cirque in 2018, after his daughter was born. It started small and has been growing at an exciting rate. What started with a small class at Bozeman Library soon became the basis for elementary programs and circus camps. The newest edition to 406Cirque is the after-school program: as of this fall, Bozeman has a year-round circus school, training students in aerial, juggling, tumbling, balance, and of course…clowning. Gomex had planned to start an after-school program in 2021, but when the pandemic hit, he knew that the kids of Bozeman needed this now more than ever, and invited Shafer to be part of the formation. And although there has been a bit of a learning curve with masks, physical distance and Unicycles, the program has been a great success. There are currently twenty-four kids in the program split between three days.

The focus of 406Cirque is to allow the kids to be themselves in a space that is always accepting and supportive. Shafer and Gomex are strong believers in the learning experience and using varied approaches in their teaching.

“You can give the same instructions to a group of kids and each one will come up with a completely different interpretation. Every kid is so unique and every lesson can be seen in a different light,” Shafer reflects. “Our goal is to teach kids to show up, stand up, and speak up.” 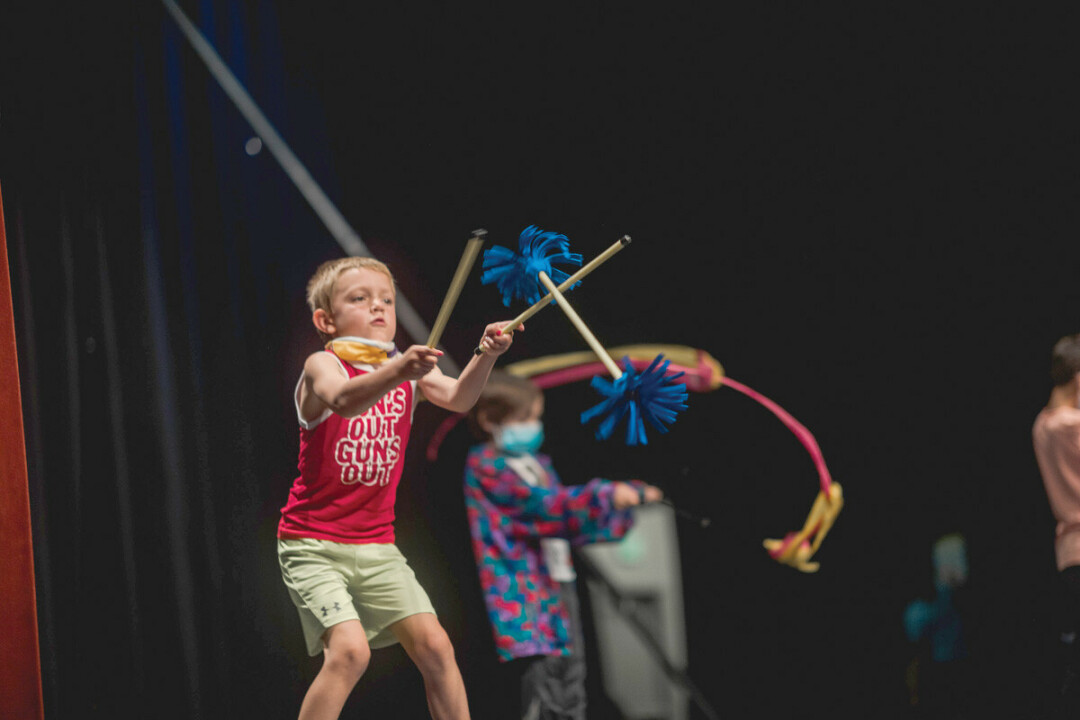 In much of mainstream education and in daily life, this openness to innovation and experimentation is truly a rarity. Kids are too often being told that they have to learn and experience something in a particular way, following a strict formula. Many lessons in school are rigid with rules and directions, but at 406Cirque learning is open to a variety of approaches.

Shafer blends her personal experience into a lot of the work she does and uses that history in her teaching approaches. Shafer remembers being told over and over in theater that she didn’t fit into the part for the performance; she was always too tall or didn’t have the personality they were looking for. For Shafer, it felt like she was never quite able to fit inside the rigid box that theater wanted to force her into. Luckily for Shafer, she was able to find clowning.

“Clowning lets you be 100% yourself with all of your flaws as strengths in your act. Each clown performance is an act of vulnerability and an opportunity to give an audience the experience that they desire,” she says. “We want to create a space where kids are invited to be their true selves without limitations. Whether they want to fly on the trapeze or slip on an imaginary banana peel, we are eager to welcome them.”

Many people are struggling through these rough times trying to find some solidarity and grappling with the desire to return to some kind of normalcy. Kids have been hit particularly hard by the pandemic, their world flipped upside down with little room for them to explore who they are and be supported by other kids their age. 406Cirque is working hard to make sure that kids’ creativity is not forgotten in the turmoil and loneliness of the pandemic, and to show them what they are capable of. 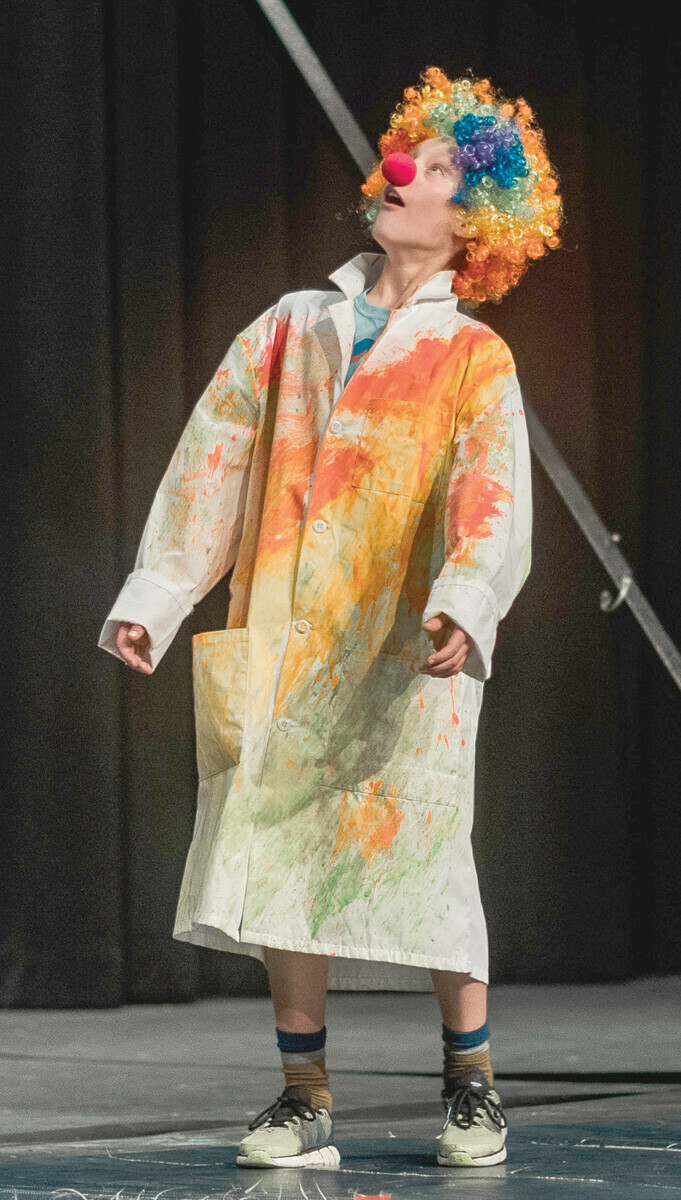 One of the activities that Gomex and Shafer do with their students encourages them to be vulnerable while also exploring their own desires. Shafer and Gomex ask the kids to form a circle and one-by-one a kid enters into the “unknown.” They take a deep breath, turn around, making eye contact with all the other students, and transform into whoever or whatever they desire. This is an exercise that represents a lot of what clowning is all about. Shafer came up with this activity after working overseas.

“I could read all the information about the refugee camps that I was going to travel to and try to prepare for the environment that I was going to be entering. But in reality, there was nothing that could actually prepare for the unknown of that community,” she recalls. “Each performance and really, any genuine human interaction, means stepping into the unknown as your authentic, present self.”

So much of clowning revolves around stepping into the unknowns of the crowd in front of you, or of the immediate environment. This activity is a great and valuable lesson for all of us to exercise, especially now. Much of life today feels uncertain and unpredictable. Yet I think that if Bozeman can take a deep breath together and step into that “unknown” by harnessing our inner clown, we would all benefit. Maybe we should all take a hint from the serious and welcoming clowning example provided by 406Cirque.

Ruby Zitzer was born and raised in Bozeman Montana. She is currently a student at Montana State University studying writing and human development. You will most often find Ruby outside adventuring on the trails and rivers that surround the Bozeman area.