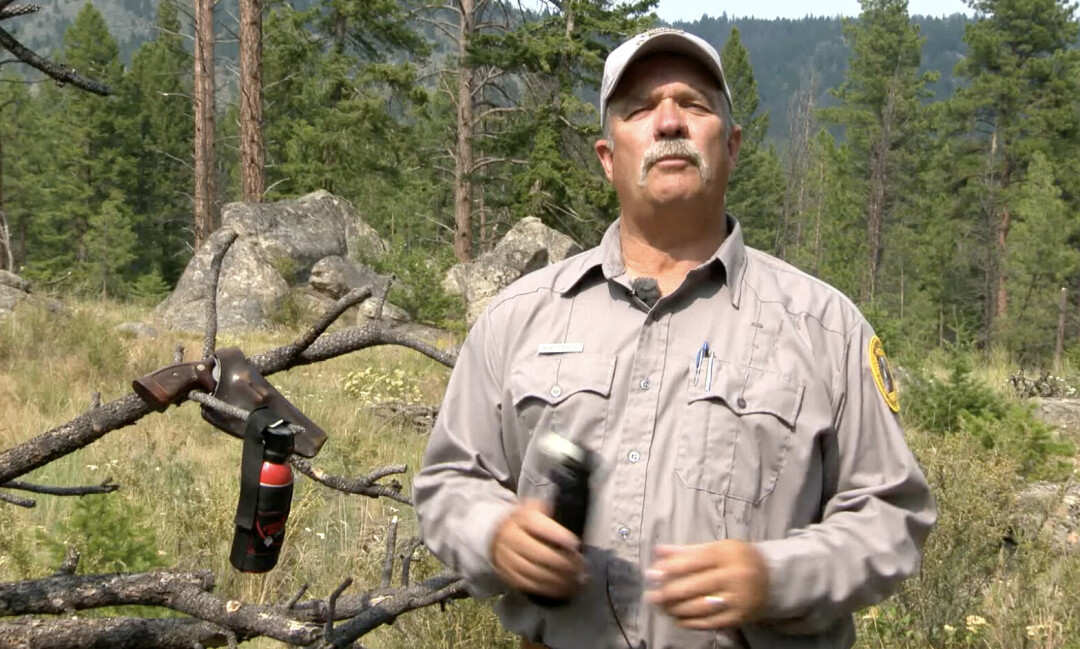 A small group of hunters shot and killed a grizzly bear in the backcountry east of Gardiner on Oct. 3.

The hunters were processing a harvested elk near Bull Mountain during an early-season rifle hunt in Hunting District 316 when the bear appeared nearby and charged at the group. The hunters shot and killed the bear during its charge and were not injured. The bear was a 3- to 5-year-old female without cubs.

Wildlife and enforcement staff from Montana Fish, Wildlife & Parks and the Custer Gallatin National Forest’s Gardiner Ranger District met with the hunters and confirmed the bear mortality. The incident is still under investigation by the U.S. Fish and Wildlife Service.
Recreationists, residents and people who work outdoors can be prepared for a surprise bear encounter. Activities that are deliberately quiet or fast moving, such as hunting, mountain biking or trail running, put people at greater risk for surprising a bear. Bears will be active throughout the general hunting season.

When you’re spending time in Montana’s outdoors, keep these precautions in mind:
• Be aware of your surroundings and look for bear sign.
• Read signs at trailheads and stay on trails. Be especially careful around creeks and in areas with dense brush.
• Carry bear spray. Know how to use it and be prepared to deploy it immediately.
• Travel in groups whenever possible and make casual noise, which can help alert bears to your presence.
• Stay away from animal carcasses, which often attract bears.
• Follow food storage orders from the applicable land management agency.
• If you encounter a bear, never approach it. Leave the area when it is safe to do so.

Grizzly bears in the lower 48 states are listed as threatened under the Endangered Species Act. Management authority for grizzlies rests with the U.S. Fish and Wildlife Service, working closely in Montana with FWP, the U.S. Department of Agriculture’s Wildlife Services, the Forest Service and Tribal lands. This collaboration happens through the Interagency Grizzly Bear Committee.