What To Do If You Encounter a Rattlesnake

Most people's fear of snakes is determined by the specific species they encounter. Harmless gardens or other non-poisonous snakes, while not a pleasant sight, are not technically dangerous. Most people prefer to avoid the sight of a snake regardless of species, but for many, seeing a snake isn't necessarily a frightening experience unless it's an obviously poisonous species.

Rattlesnakes are one of those very obviously poisonous species. Their notable, rattling tale is a tell-tale sign that you have encountered a potentially dangerous species of snake. However, they are not dangerous by default. Many people are frightened of them and that is perfectly normal, but like many animals, rattlesnakes are as scared of us as we are of them. They will more than likely only attack if they feel threatened.

Keep in mind that If you are concerned about the presence of rattlesnakes or other species on your property, you can contact Complete Wildlife Removal for advice and guidance on how to approach this scenario. Whether you already have some on the property and are looking for removal or you live in an area where they are common and are looking for prevention methods, the professionals can guide you through whatever process you are in. 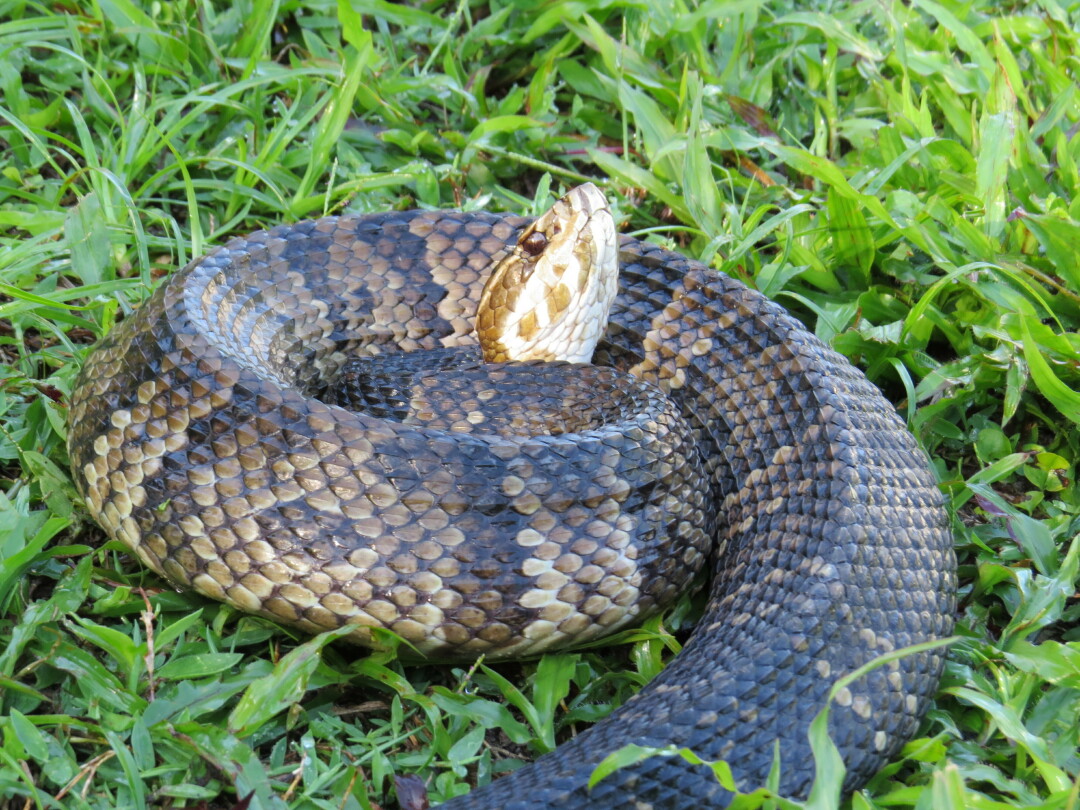 There are many different species of rattlesnakes and the type in your area depends on your state and what part of the country you currently reside in. Diamond rattlesnakes are a common species throughout the United States and they are one of the largest species. They are most common in the spring and summer after they emerge from their winter homes. You are more likely to come across one at dawn or dusk, but you may not notice them at all if you are on a trail or in an area with brush and other foliage they can easily use as camouflage. They primarily maintain a diet of smaller reptiles, birds, and rodents. Many states have made it illegal to kill rattlesnakes. They are an important part of the ecosystem, so in many states, if you encounter them, you are supposed to leave them be as harming them can result in a misdemeanor depending on the state you live in.

Some people may be concerned that despite their best efforts snakes may find their way into their home through plumbing in pipes. While not impossible, it is extremely uncommon. If you are worried about this, take a look at snaketoilet.com to learn more about this possibility.

Snakes bites are actually extremely rare and they are more likely to happen if the individual was intentionally behaving in a way that made the snake feel threatened. The rattlesnakes will do nearly anything they can to avoid humans, just like most of us do when we come across one of them. If the snake feels threatened because of something you have done, they will do something to protect themselves and that could include a bite.

If you encounter a rattlesnake here are some things to keep in mind to keep you and the snake as safe as possible:
• If you hear a rattle, do not panic. Figure out where the sound is coming from and move away from where it is coming from.
• Give the snake plenty of space.
• Keep dogs on a leash and warn others around you of the snake.
• Do not throw anything at the snake. They will take this as a threat and move forward to protect themselves.
• Move slowly away from either the sound or the visual you have on the snake.

If you were to get bitten by a snake, seek out medical attention immediately. If your dog was the one bitten, seek medical attention for them immediately as well. Dogs are over 25% more likely to die from rattlesnake bites than humans. There are vaccines they can receive ahead of time to help prevent this. If snakes are around your property or trails you regularly spend time on, this may be a smart idea.

Avoiding snakes is easy if you are somewhere outside of your home or property, but what do you do if they've arrived in your space? How do you keep them away?

• Make your home and property unattractive to snakes. Do not provide brush and other places for them to hide.
• Make sure rodents are not present in your space either. They are an easy, natural food source for many species of snakes.
• Keep harmless snakes around. These are not poisonous and can keep more dangerous species from wanting to inhabit the space.