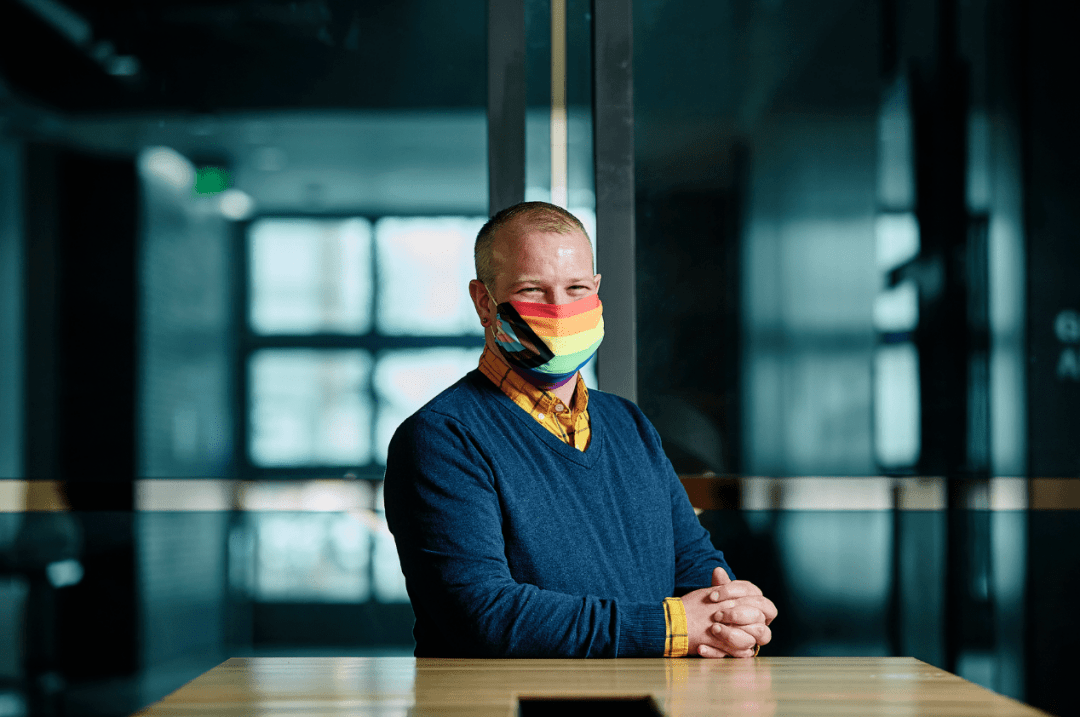 After Montana State University’s Bryce Hughes published research in 2018 showing that undergraduate students who identified as lesbian, gay, bisexual or queer were 7% less likely than their heterosexual peers to complete their STEM degree, he was contacted by someone who expressed their appreciation for the research.

In fact, others in science, technology, engineering and math fields who identify as LGBTQ have told Hughes over the years that they have felt like they were the only person in their field who identified as LGBTQ or that every person they interacted with socially was outside their field.

The comments made Hughes curious.

“I started asking some questions and started talking about differences between the relationships (people in STEM who identify as LGBTQ) have with colleagues, as well as the relationships they have with people outside of their field,” said Hughes, an assistant professor of adult and higher education in MSU’s College of Education, Health and Human Development.

Those questions have morphed into a productive line of research. Now, Hughes will further study the experiences of LGBTQ undergraduates in STEM as the recipient of a five-year, $695,000 National Science Foundation CAREER award. The CAREER grant is considered the premier award given to early-career researchers.

“It’s pretty wild,” Hughes said of receiving the award. “I was quite pleasantly surprised.”

Hughes said his project will explore the experiences of LGBTQ undergraduates in STEM fields to better understand the systemic barriers they face to participation, as well as identity policies, practices and interventions to address those concerns.

To do that, the project will explore three areas. First, Hughes will examine the social networks of LGBTQ STEM students and compare those networks with the networks of heterosexual peers whose gender corresponds with their sex assigned at birth. The study will look at the strength of STEM students’ ties to STEM and non-STEM colleagues, acquaintances and friends to see whether heterosexual, cisgender STEM students generally have stronger STEM networks, as Hughes hypothesizes.

Participating LGTBQ STEM students will also rate the degree to which they disclose information about their sexual orientation and gender identity within their networks. Hughes anticipates the social network study will involve students from a handful of campuses, including MSU.

“My hypothesis is that LGBTQ students in STEM fields may be afraid that if they bring up some aspect of their personal life, people might respond negatively,” Hughes said. “I imagine for heterosexual students revealing similar aspects of their personal lives might not matter as much."

The amount to which students feel they can reveal themselves is important, he noted.

“For LGBTQ students, I think we might find that they have some friends in STEM that welcome them, but I imagine that to a large degree they’re finding their sense of community outside of STEM,” Hughes said. “That could make them feel isolated in STEM, which might draw them to other areas.”

In addition to his work related to students’ social networks, Hughes will compare STEM degree completion rates nationally between undergraduate LGBTQ students and their peers, specifically the rates for completing degrees in four, five and six years. The study will also examine differences in overall college degree completion rates between LGBTQ students and their peers. Hughes will use data from the National Student Clearinghouse, the Higher Education Research Institute and the National Center for Education Statistics.

Finally, Hughes will explore the discipline-based identities of LGBTQ STEM students. For example, he’ll examine if the students describe themselves as a future scientist or future engineer. By exploring their discipline-based identities, as well as how the students describe their vision for their future career in STEM, the study aims to understand not only how students view themselves relative to their discipline but also their expectations for the future.

John Paxton, professor and director of the Gianforte School of Computing, is an adviser to MSU’s chapter of Out in Science, Technology, Engineering and Mathematics, or oSTEM. He said that he has observed a need for work related to the experiences of LGBTQ students in STEM.

“In STEM fields, it is often simpler for an LGBTQ+ student to separate their personal identity from their classroom identity,” Paxton said. “However, studies show that bringing one's full self to the classroom (or to one's professional career) results in greater career success and a happier personal life.”

Paxton added that Hughes’ work has the potential to bring real benefits to students and others.

“Because the LGBTQ+ identity is one that is historically marginalized, Dr. Hughes' NSF CAREER award is an important step for learning how universities can better support and retain LGBTQ+ students in STEM fields,” Paxton said. “I anticipate that Dr. Hughes' findings will have great benefit to LGBTQ+ students, their universities and society at large.”

MSU has a long line of NSF CAREER award recipients, but Hughes is the first recipient from the MSU College of Education, Health and Human Development, according to records from the NSF and MSU’s Office of Sponsored Programs.

“It is so gratifying to see an example of scholarship that also supports our university’s diversity and inclusion values,” Harmon said. “Dr. Hughes’ preliminary work suggests that having a supportive network and feeling part of a community is important for student success. I suspect his results will help us understand how to support other underrepresented groups in STEM, as well.”