Did you know that MSU has a thriving hockey program? There is a new Women’s team (D1 ACHA) and two Men’s teams (D2 and D3 ACHA). Bozeman now has a vibrant college hockey scene—the Montana State Hockey Team Men’s D2 team was recently ranked #1 in the Nation by the American College Hockey Association (ACHA), and has a shot at a National Title. How is this even possible? To understand the significance of this great news for Bozeman and for MSU, you have to dig a little deeper into the ice they are skating on. 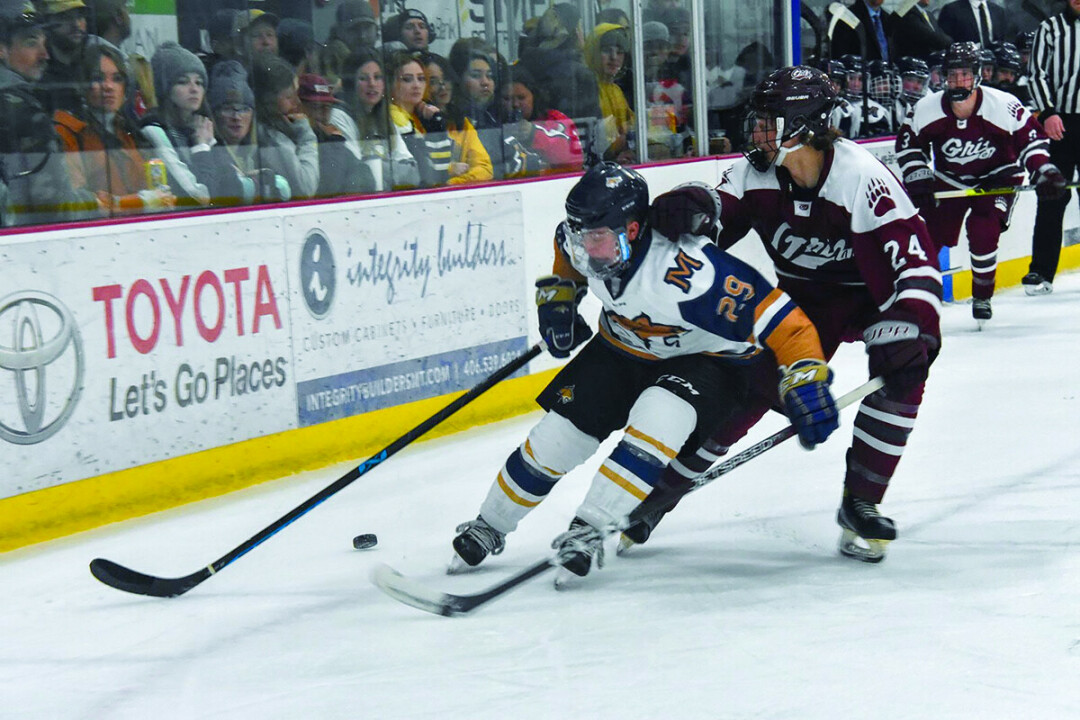 Whether you are new to the area or have lived here your entire life, it is clear that Montana has a rich, longstanding tradition with regional recreational activities such as skiing, fishing, and hunting. In athletics, basketball, volleyball, and football all have facilities and funding, and county, city, or university support. These sports have been made accessible and obvious for Montana residents. Relatively new to the scene are ice sports such as hockey, figure skating, and curling. Ice rinks demand a large initial investment and it takes time and community commitment to make one happen. Montana is still developing an ice sports culture—and that makes this success for the Bobcats all the more important, interesting, and amazing!

Over the last 30 years, over 12 communities around the Treasure State have invested in indoor ice sheets and have burgeoning, reliable hockey and skating programs. For Bozeman, the first covered ice sheet was installed at the Bogert Park Pavilion in 1983, and the community that has united around that rink has been nothing short of spectacular. During the last 25 years, the Bozeman hockey community has built two additional covered ice rinks to meet the ever growing demand for accessible, affordable, and attainable ice recreation. The facility is open to the public and located in the Haynes Pavilion at the Gallatin County Fairgrounds. (Schedules can be found at Gallatinice.org.) Some of the other programs that utilize the facility regularly are the Bozeman Icedogs Junior A hockey team, the Bozeman Stingers Senior A hockey club, the Bozeman Figure Skating Club, the Bozeman Curling Club, Eagle Mount, and the Bozeman Amateur Hockey Association. Local schools, churches, and other organizations also use it, as well as groups celebrating birthdays on the ice. With the addition of summer operations and all of the events, games, and tournaments during the regular season, the two rink complex in Bozeman receives an estimated 200,000 visitors each year. Montana State Hockey draws a growing number of visitors who want to support their favorite school and watch some exciting college hockey. 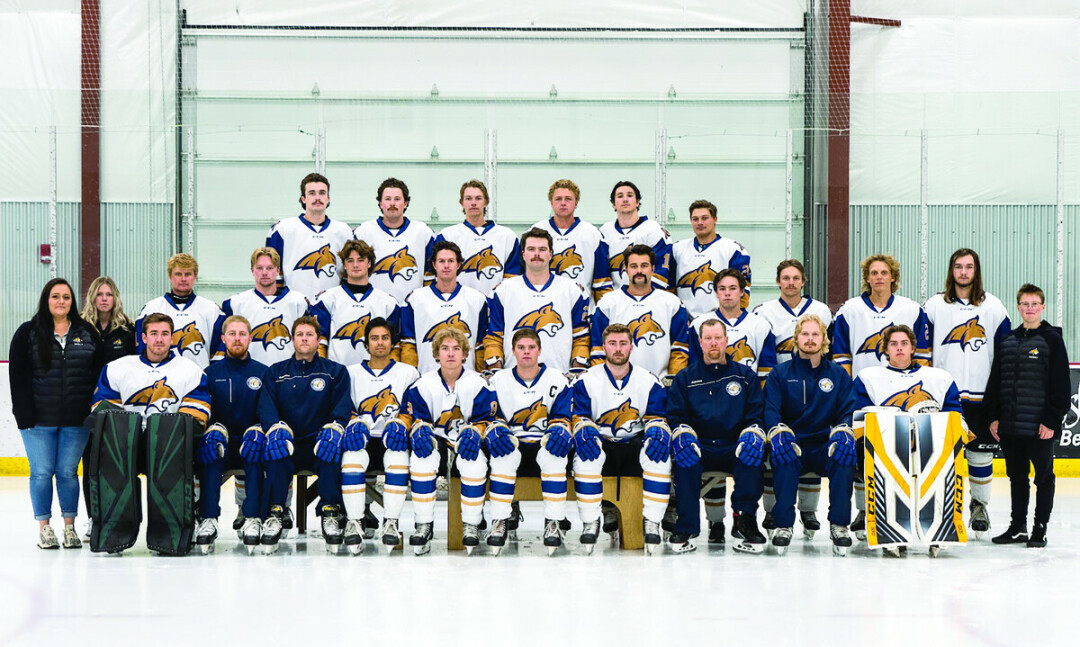 The Montana State Hockey Team and several other regional college hockey club teams were established in 1998 by a dedicated group of students who wanted the option to play hockey and represent their University or College. These initial hockey clubs were well received by their respective communities, and soon the clubs joined the ACHA. The original mission of the Montana State Hockey Club was to provide welcoming and affordable collegiate hockey to students, while providing an exciting MSU sport for local spectators to enjoy. Although this approach was successful, it often resulted in late night ice-times, few games, and inconsistent coaching. This approach has since been replaced, and the results have been tremendous.

In summer 2016, Bozeman Amateur Hockey Association (BAHA) Hockey Director and General Manager, Dave Weaver took the club through a revitalization process which included dedicated coaching and recruitment staff, updated branding, and a full regional game schedule. During this debut season the Bobcats won 14 out of 24 games. Weaver is currently the Head Coach for Montana State University Hockey, as well as the General Manager of Gallatin Ice, and the Hockey Director for BAHA.

With overwhelming interest from students and prospective students, Montana State Hockey expanded last summer with the creation of a D3 men’s team and a D1 women’s team. There are currently almost 1oo students playing for Montana State Hockey. During the 2021-2022 season, the Men’s D2 team won their first ever Mountain West College Hockey League (MWCHL) Championship, made their third trip to the ACHA D2 West Regional Tournament, and finished 2nd in their pool at their second trip to the National Tournament! In their inaugural season, the D3 team cracked the top 20 in the country in the ACHA rankings. The Montana State Hockey Club is excited to host the next regional MWCHL West Tournament in Bozeman from Thursday, February 9, 2023 - Saturday, February 11th, 2022. As of this publication, Montana State Hockey is ranked 2nd in the Mountain West with a record of 15-4. 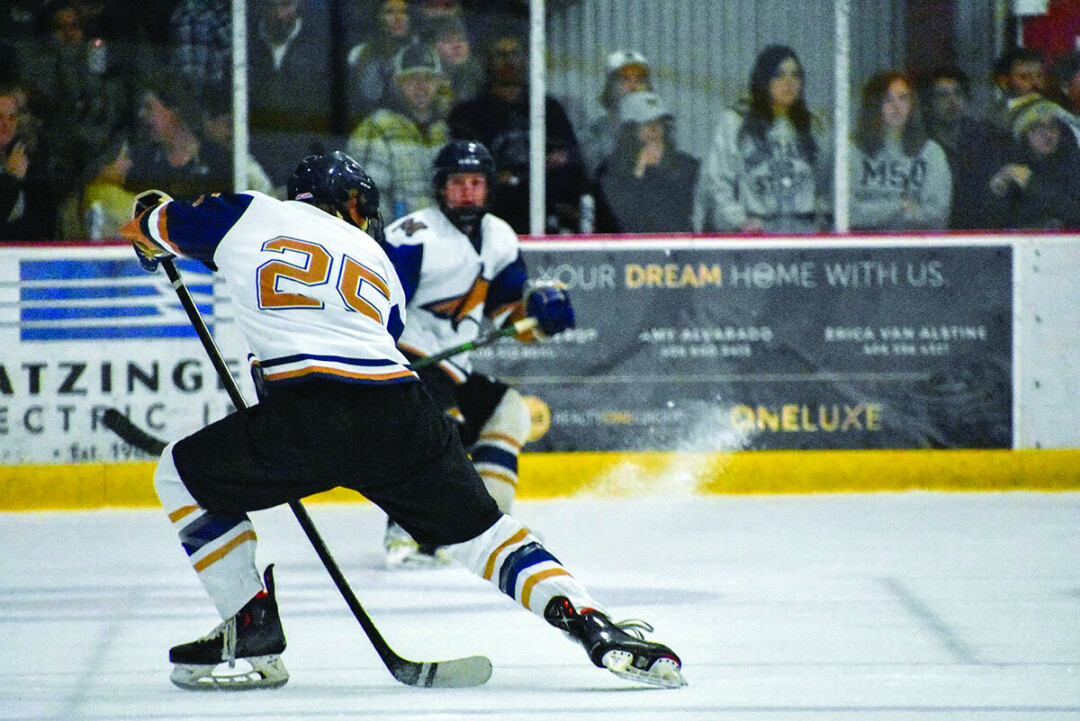 Weaver makes no bones about it: “We want to win a national championship. It would be great for the student players and for MSU.” Back in Pennsylvania, Dave led the Mid-State Mustangs 18U Tier II team to the USA Hockey National Championship Title in back to back years, 2014 and 2015. “An ACHA National Title would be a game changer for the club and for the sport of hockey in Bozeman,” he states. Montana State Hockey practices at the Gallatin County Fairgrounds in the two rink facility managed by Gallatin Ice and the Bozeman Amateur Hockey Association. The Gallatin Ice Foundation has launched an $8 million capital campaign to finish the facility and install seating for 2,000 spectators. Construction includes a permanent MSU team locker room, off-ice training area for the players, and coaches’ offices. The finished arena and locker room will be the first permanent home for the team, and will be a boost for recruiting in coming years.

Montana State Hockey plays 32 games each season, with 16 on home ice in Bozeman. Four of those games are against the University of Montana, which recently launched its own hockey program. The Cat-Griz rivalry has definitely translated rink side. The “Brawl of the Wild on Ice” is the signature battle for the season and is played twice in Missoula and twice in Bozeman. The games attract thousands of spectators and provide another opportunity for MSU Sports fans to watch and support their favorite team. With a finished arena, season tickets will be available, as well as livestream coverage through larger media outlets. Home games are streamed, then archived at MSUHockey.com/livestream. Away games are also normally available from the website, Facebook, or Youtube channel of the hosting team. The D2 and D3 men’s team schedules are available at https://msuhockey.com/schedule. The MSU Women’s Hockey Club information is available on social media at https://www.facebook.com/MSUWHC/. 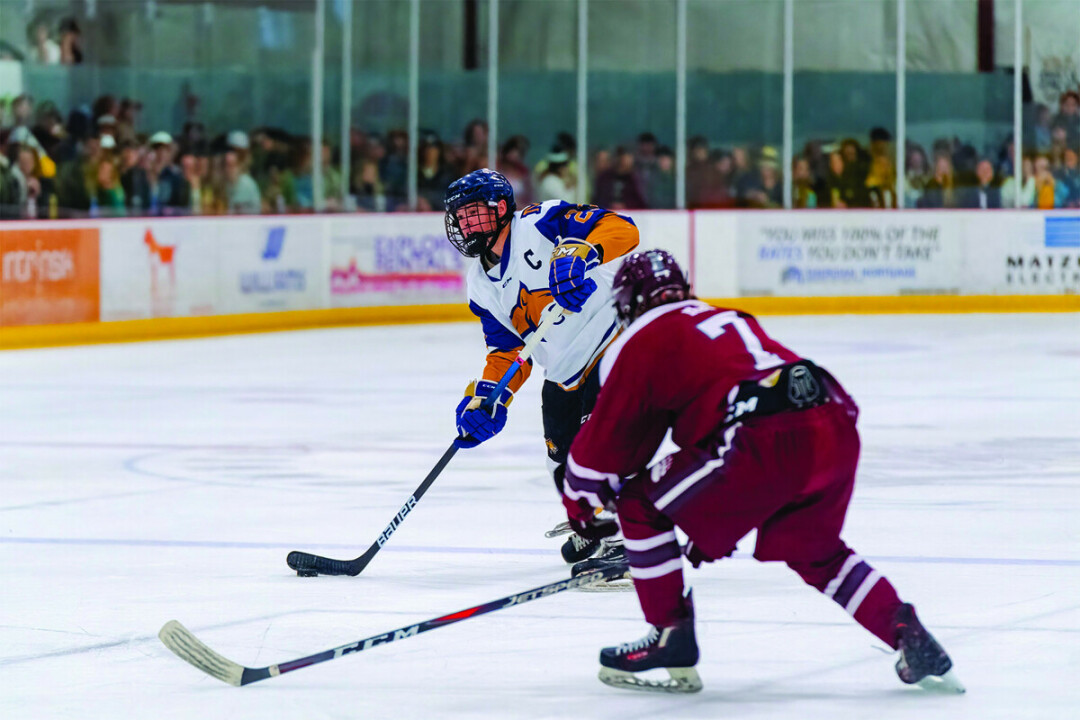 With consistent coaching and a dedicated management staff, the Montana State Hockey program is progressing quickly, and the future is full of hope and promise. As Bozeman and the Montana State communities continue to expand, so does the depth of local hockey culture. They are bound together. Both prospective students and newly arrived families from places with a more developed, legacy hockey culture demand quality facilities and love to support a successful college hockey team. Student athletes from places like Minnesota, Alaska, North Dakota, Boston, Washington, and Colorado are considering Montana State because they can continue their hockey career while attending a world class university in a world class town.

Hockey is a fun and exciting sport to watch live and, lucky for Bozeman, the hockey and rink community have been hard at work since 1983 making the dream of a year round arena a reality. With a wealth of MSU games to attend and great on-ice programs to enjoy, we are inviting MSU Bobcat fans and all residents of the Gallatin Valley to support and follow MSU college hockey. Don’t just cheer the teams—come learn to skate, or join the curling program or a hockey team. All Gallatin Ice programs are available, affordable, and attainable for the community. Come on down to the rink and see what you have been missing. It’s a blast! Gallatin Ice is the “Coolest Place in Town.” 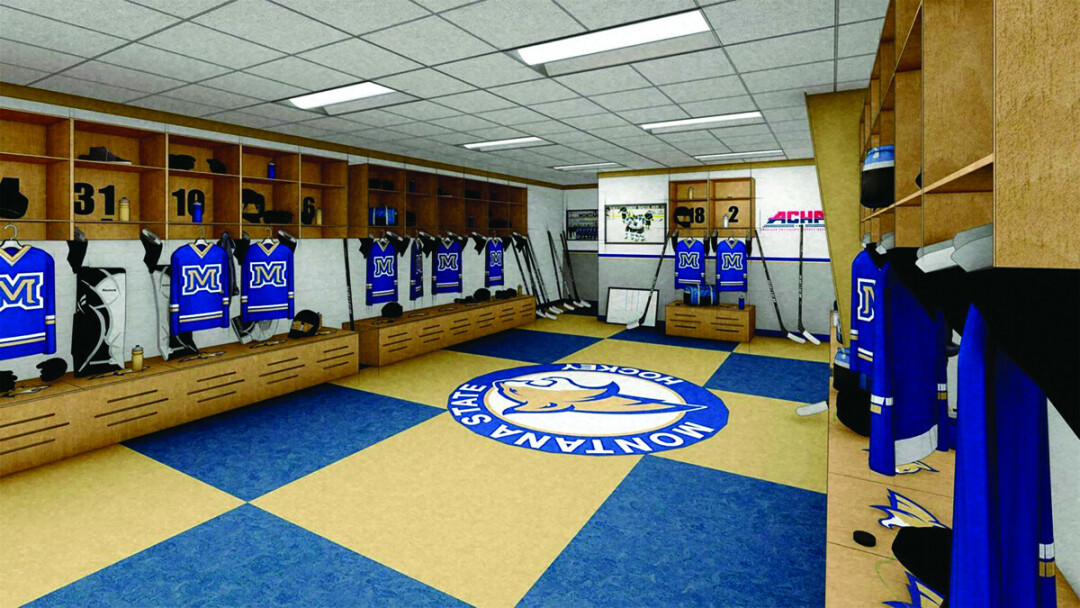 Tickets for the Cat/Griz Game are available at MSUHockey.com. Swag like hats, t-shirts, sweatshirts, and jerseys are available only at games. Check the Greater Yellowstone Events Calendar for both men’s and women’s team schedules. To learn more about MSU Hockey, or to contribute to the MSU Locker Room or the Gallatin Ice Arena Project, please contact info@gallatinice.org.