Julia Martin And Her Generosity of Spirit 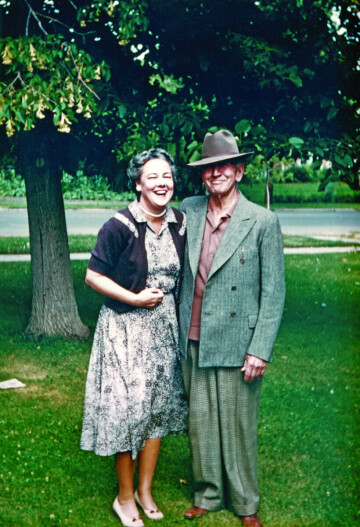 Whenever the Thanksgiving holiday comes around, Julia Martin and her famous Thanksgiving dinners are brought to mind. One of Bozeman’s early matriarchs and community caretakers, Julia Martin holds an honored place in our historical memory as someone who valued women’s education and the arts, and supported these ideals throughout her lifetime. She was born June 22, 1884 in Bozeman to Sallie and James Martin. Julia’s father, James, was from Howard County, Missouri and came west in 1864, settling on a homestead not far from the burgeoning town of Bozeman City, as it was called in the early days. In 1871, James traveled to Doniphan, Kansas to marry Sallie Armstrong, who was born on November 4, 1843 in Rockford, North Carolina. The couple returned to Bozeman where they lived the rest of their lives, save a few years spent in Kansas in the late 1870s. James became a leader in the Bozeman community, serving as a member of Montana’s first State Legislature. He was President of the National Bank of Gallatin Valley, which was short-lived due to the Panic of 1893 when the bank shut its doors and Martin took a hefty loss. In 1903, Martin went into partnership with James Hall; they opened a new bank called Martin & Hall. This bank was a success, and was in existence until 1926, when it was absorbed by three other banks.

In 1892, the family built and moved into a large brick house located at 419 South Grand Avenue in Bozeman. The house was designed by architect George Hancock, who also designed the Bozeman Hotel and St. James Episcopal Church, both in 1890. Hancock was from Fargo, North Dakota but opened a branch office in Bozeman in the early 1890s. It was most likely at this time that James Martin asked Hancock to design his residence. The house Hancock designed for Martin is a two-and-one-half story single-family residence with a rectangular plan. It has a large verandah that is supported by beautiful, fluted columns. Stained-glass windows are present in the dining room, library, and in and above the front door. The front door windows depict Montana’s bitterroot flower. This house is still standing and was, and remains, a gem of Bozeman’s south side. 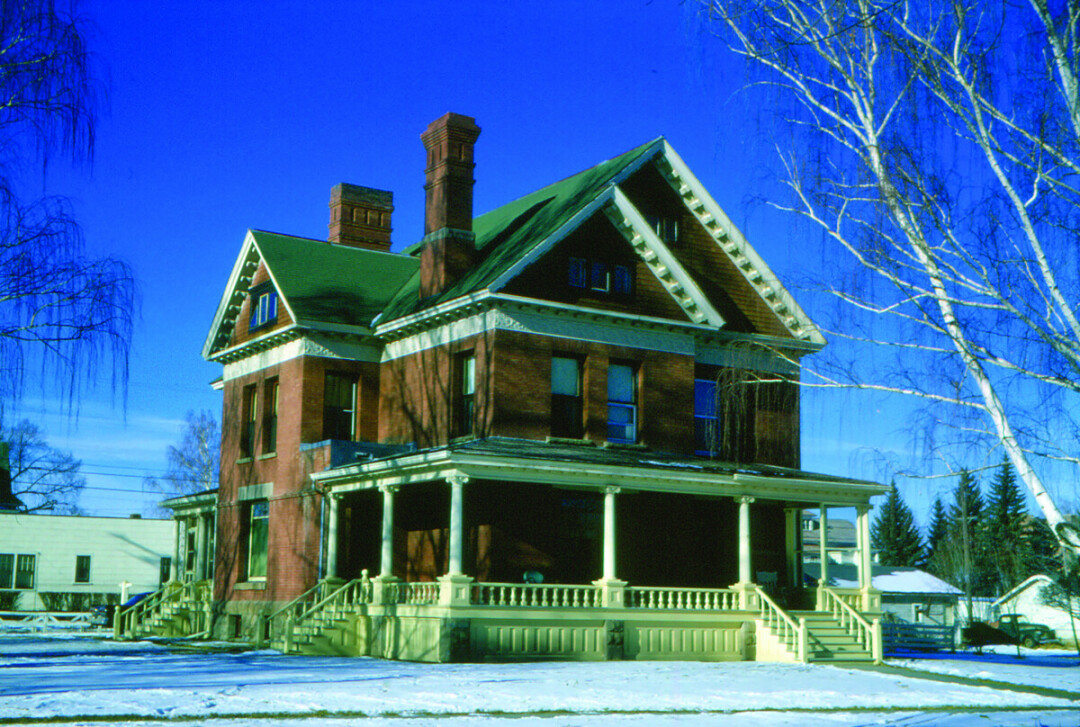 Julia Martin moved into this house when she was nine years old, living a privileged childhood. Unlike most households in Bozeman, Julia’s parents always retained a live-in housekeeper or domestic servant. In 1900, the census records list Anna Nenbleu as the Martin’s live-in servant. Anna had been born in Sweden and was 22 years old in 1900. She had immigrated to the United States in 1893. In 1910, the census lists Hanna Hokan, who also hailed from Sweden, as the live-in servant. In 1920 and 1930, the census records indicate that Elsie Hokenson was the domestic servant, again from Sweden.

Julia graduated from Gallatin County High School in 1902. As was common at that time, she went East to Auburndale, Massachusetts to Laselle Seminary, a finishing school. Upon her return to Bozeman in 1904, Julia continued to live with her parents at 419 South Grand Avenue. Her younger years were devoted to luncheons, reading clubs, travel, picnics, and parties. Her father died in 1920, and her mother in 1925. After the death of her mother, the house went to Julia.

Soon after Julia inherited the house, she opened it to roomers, most being single women faculty members of Montana State College (later to become Montana State University). Often, two women would room on the second floor, and two on the third floor. This probably provided Julia with a source of companionship, because she did not need the income. Her house was in a convenient location for women working on campus, as the streetcar went right past. Streetcars were important for women living in Bozeman, as they provided a safe and socially acceptable mode of transportation and increased mobility. The streetcar system eventually linked the railroad depot on the north side of town to Montana State College campus, with a terminus in front of Montana Hall.

In 1927, Julia started her famous Thanksgiving dinners. She provided a Thanksgiving meal for her roomers and their friends who did not have family in the area. Often, those who attended were women faculty members at Montana State College, but also women who were artists, informal educators, and professionals in their fields of study. For example, in 1945 Julia Martin held a no-host dinner on Thanksgiving Day, when 20 women gathered to prepare and enjoy a holiday dinner. All the guests helped prepare the dinner and then were seated at a table decorated by Jessie Wilbur, Martha Hawksworth and Bernice Lamb. Others at the meal included Pauline Bunting, Winona Adams, Leona Barnes, Lois Payson, Bertha Clow, Mildred Leigh, Harriet Cushman, Olga Hannon, Alice Harmon, Martha Hensley, Bess McClelland, Virginia Taplin, Margaret Tuller, Alice Oliver, Sarah Barnes, and Verna Krueger.

Not only did Julia provide Thanksgiving dinners, but as one of the patronesses of the Alpha Gamma Delta sorority, she would entertain the sorority women in her home as well. The evening of February 26, 1928, Julia provided a buffet dinner for 43 Alpha Gamma Delta women. Pink roses decorated the dining table, and red carnations were scattered through the rooms of the house.  She also hosted for dinner the Question Mark Club of Gallatin County High School in 1927. 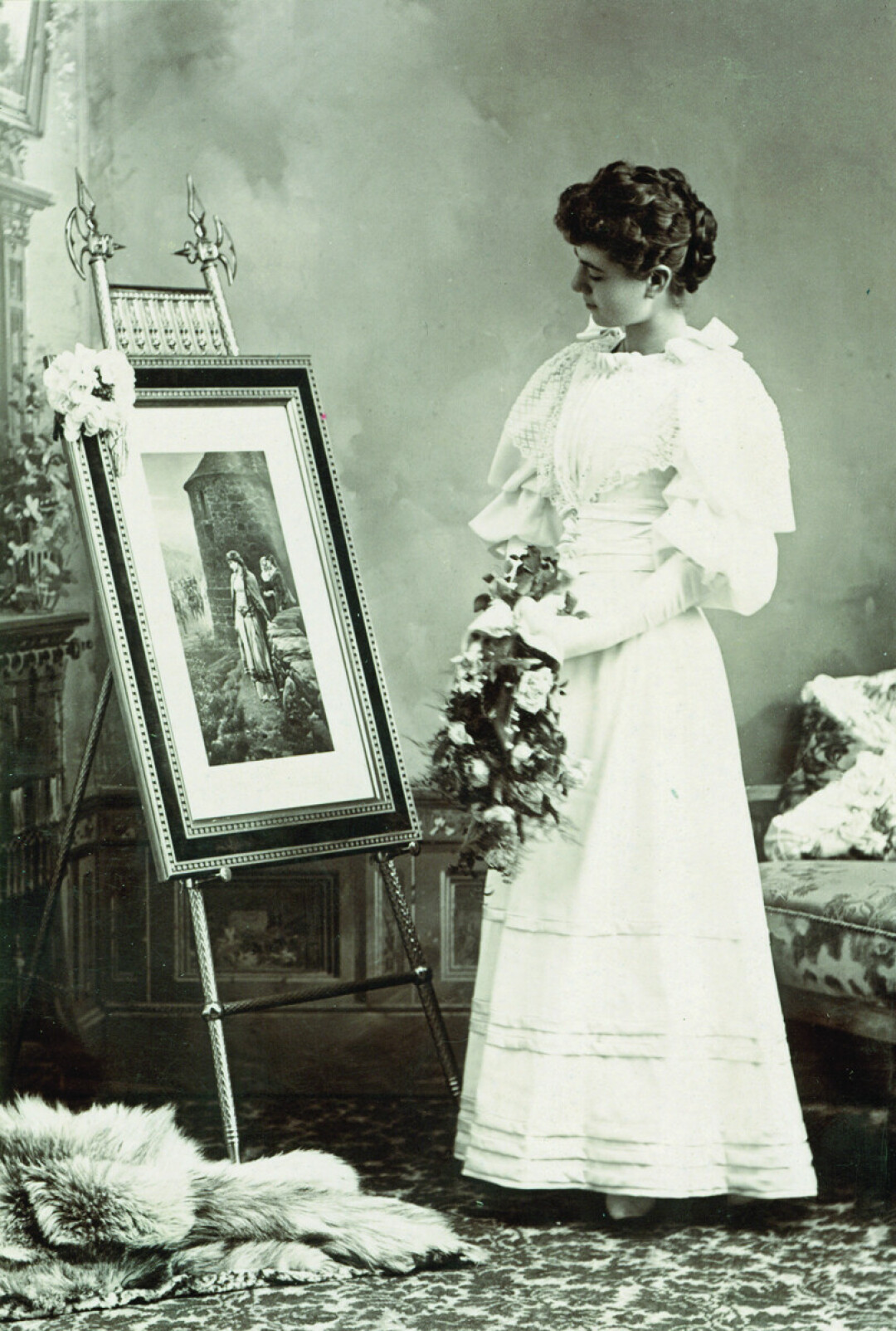 Julia Martin was friends with some of the “who’s who” of Bozeman including Bertha Clow, Geraldine Fenn, Harriette Cushman, Mildred Leigh, Jessie Wilber and Frances Senska. Two of these women were roomers in Julia’s house in the 1940s. Frances Senska rented a room in 1946, when she was hired at Montana State College to teach as an arts generalist. Senska later specialized in ceramics and became known as the “grandmother of ceramics in Montana.” She taught at Montana State University from 1946 to 1973. Jessie Wilber also roomed in Julia’s house. She arrived in 1941, taking a job in the Montana State College Art Department. Along with Bob DeWeese and Frances Senska, Jessie Wilber is known for bringing Modernism, a national arts movement, to Montana in the 1940s and 1950s. Wilber and Senska were founding members of the Montana Institute of the Arts.

Maude Martin, another good friend of Julia’s, was also a relation. Maude and Julia were friends throughout their lives, Maude being about eight years older than Julia. Maude was born in San Jose, California to Joseph and Mary Martin on July 22, 1876. Her family moved to Bozeman when she was two years old. Maude started working for the Bozeman Post Office at a young age and became assistant postmaster by the end of her career in 1933. After retiring from the postal service, Maude moved to Los Angeles to live with her sister.

Julia began to slow down in the mid-1960s. Her last Thanksgiving dinner was in 1964 and, due to her poor health, there was no holiday celebration in 1965. After 37 years of hosting dinners, parties, reading clubs, and other social get-togethers in her house on South Grand Avenue, Julia closed the doors of her popular and welcoming home, which had helped so many women find community in Bozeman. In May of 1966, Julia Martin died at the age of 81.

The house where Julia lived is now known as the Julia Martin house, and is owned by Ray and Kay Campeau, who purchased the house just one year after Julia’s death in 1967 with the financial help of a few of those early roomers including Frances Senska and Jessie Wilbur. The Campeaus have kept the spirit of Julia Martin alive in the house and continue to celebrate the arts and education. They open the house to organizations for fundraisers and as living space to artists and musicians when needed.

Julia Martin’s legacy in Bozeman was her dedication to single women like herself, who needed community and support. She made her home welcoming to women, not only as a place to live but as a place to break bread, converse, share ideas, and, ultimately, to build community. Her dedication and support of women in education and the arts in Bozeman can be seen through the lives of women like Frances Senska and Jessie Wilbur, who went on to be nationally recognized artists.

We are grateful this Thanksgiving season for community-minded individuals like Julia Martin and her dedication to making Bozeman a welcoming space. Let us remember her generosity and continue her tradition of hospitality.

Crystal Alegria is the Director of The Extreme History Project.