Do More of What Makes You Happy: 710 Ashbury Returns to Bozeman 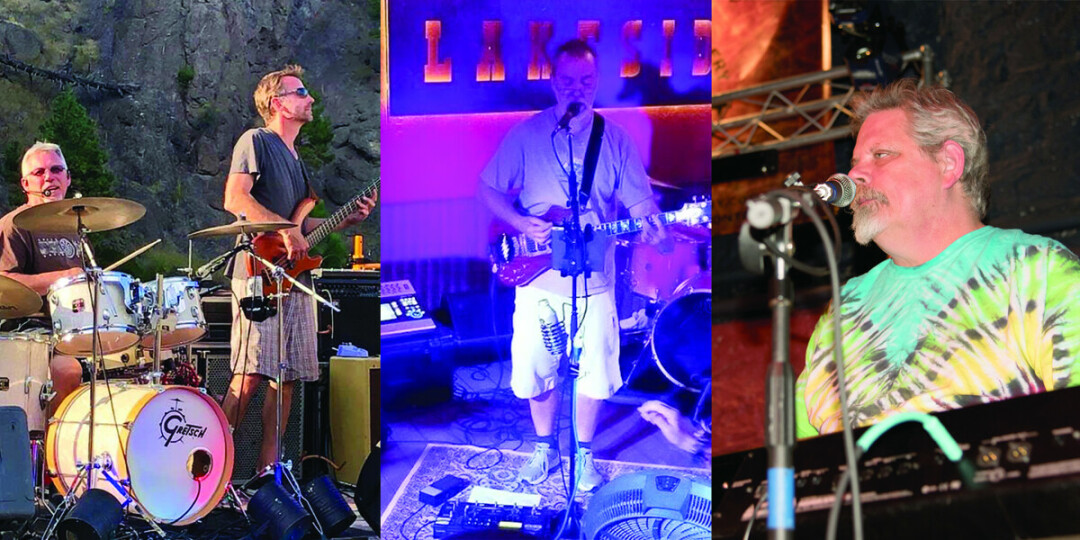 As far as Montana bands go, 710 Ashbury is fast becoming a fan favorite and is on its way to official cult status. The unique lineup is made up of members John Chart - Guitar, John Moore - Keys, Chris Heisel – Bass, and Tim Borsberry - Drums. Though the traditional Grateful Dead lineup had a couple more people, 710 Ashbury definitely gets the feeling and meanings of the songs, leaving dance floors full of sweaty, smiling faces wherever they play.

We recently had an opportunity to talk to Chris Heisel and John Chart about the band, their new drummer, new outlook, and their upcoming intimate show in Bozeman, on Friday, November 4th at Bourbon (515 W. Aspen St.) in the “Midtown” section of town.

Bozeman Magazine: Hi, Chris; we are excited for the return of 710 Ashbury to Bozeman next month. A lot has changed since the last time you were here. Please fill us in about what’s new in your guys’ world.

Chris Heisel: We took some time off and hunkered down during the pandemic. Unfortunately, our drummer parted ways with us, but we ended up with a new drummer, Tim Borsberry, whom we’ve all been close friends with for years. I’m in two other bands with him, and our keyboard player, John Moore, has been jamming with him off and on for probably close to 30 years. The main change I’ve felt [has been that] going so long since we stopped playing just makes us appreciate every chance we get to play now, and we don’t take any of it for granted. Plus, we have a more regular rehearsal schedule, and are paying more attention to the fine details. As the Dead always said, ‘we’re getting everything just exactly perfect.’

BM: Can you tell us a little bit about yourself? How long have you played bass? Do you play any other instruments?

CH: I grew up in a musical family. In fact, my dad played in the same bars in Bozeman in the ‘50s that I did in the ‘90s. Believe it or not, the Zebra used to be called the Zebra in the ‘50s too. So there were always instruments around the house I’d played since I was little, and I started playing violin in fourth grade. Then I moved on to trumpet in sixth grade through college. I picked up the bass in high school and have been playing all of them ever since.

BM: What other bands/musical projects have you personally participated in?

CH: Funny you should ask. I started getting serious about playing bass in about 1996 when my old friend Milton Menasco moved to Bozeman, and we started the band Bask. That band had quite a run, and we played all over a few states. Milton was definitely one of a kind, and we all miss him. Gone too soon. After that, since moving to Helena, I have been in several bands. I’m currently in the Helena Blues Project and Under the Bleachers with our drummer Tim, and have been in several other bands and have a few in the works right now.

BM: What was the last concert you went to?

CH: Kenny Chesney at Bobcat Stadium. That was a good time. Nothing too musically deep, but our tailgate party took up eight spaces, and I knew all the words to all the songs he sang.

BM: Besides music directly associated with the Dead Universe, what bands/musicians would you most like to see live if possible?

CH: I just love all genres of music, as long as the band is good. The last two concerts I went to at the Wilma were Victor Wooten and Slayer. Now that’s a pretty good variety. I’ve been to two Iron Maiden concerts in the last few years, but I’ll be in Vegas for Jimmy Buffett on October 8th. I can’t tell you who I’d drop everything to go see but seeing the Zac Brown Band two years-in-a-row rates up there in my top five concerts. His band is unreal. The Gorge is my Mecca. Of course, I’d love to see any musicians who died before I was born.

BM: Can you explain to everybody how 710 Ashbury was conceptualized?

John Chart: I had been contemplating putting together a Grateful Dead tribute band for some time. I had been playing in some bands around Helena and really enjoying it but I had also been listening to, and playing, Grateful Dead music since I was about 12 years old. My guitar playing is fairly limited but if you work on something for over 45 years you tend to get fairly good at it. So, I figured it was time to create a band that tapped into my biggest skill set. There was a benefit show in Helena and some of us ended up on stage together and it felt like it clicked. I presented the idea to the guys and they were game.

BM: Who came up with the idea to name the band 710 Ashbury?

JC: For years I had thought that if I had a Dead cover band I would name it Ugly Rumors. There’s some cryptic text on the back of the Mars Hotel album with those words and I always thought that would make a great band name. When it was time to make the decision, it just seemed a little too cryptic. Few people would ever put the connection together between the name and the Grateful Dead. I toyed with the idea of ‘Jehovah’s Favorite Choir.’ That’s a line from Bob Weir’s “The Music Never Stopped.” Again, a bit cryptic, but I think fans would put it together —and my initials are also JFC which seemed like a nice coincidence. The problem with that one was we didn’t play the tune... yet... so it felt weird to get the band’s name from a tune you didn’t perform.

There are so many taglines and so much iconography to pull from when dealing with the Dead, but I finally landed on 710 Ashbury. 710 Ashbury was [the address of] an Old Victorian in The Haight district in San Francisco. Members of the Grateful Dead lived together at 710 in 1967. Maybe a little before and a little after but predominantly 1967 and its much-talked-about “Summer of Love.” 710 Ashbury didn’t come right out and say Grateful Dead, but it certainly made the connection. (Interesting side note: In the early ’70s, future UK Prime Minister, Tony Blair was in a band called Ugly Rumors. Apparently, Mr. Blair deciphered the cryptic text on the back of Mars Hotel and thought it made a good band name.)

BM: What makes 710 unique in the world of Grateful Dead Tributes?

CH: I’d like to believe we have the ability to connect with a bigger range of people than just a pure GD tribute band would. We understand that some people might come to our show just to listen to some good music, and most come to dance. So, you’re not going to see us play a 50-minute version of Dark Star, but even the purest Dead Heads will appreciate the licks we throw in from the ’77 Barton hall show or the Europe ’72 version of China/Rider. We keep the songs to a reasonable length, but we keep them pure to form and we replicate the familiar licks that the fans are expecting to hear. Plus, we’re having as much fun on stage as they are in the crowd, and the exchange of energy back and forth is magic.

BM: What can your fans expect about this particular show?

JC: We’ve recently brought a new drummer on board. Tim Borsberry is a longtime Helena musician and has been working his tail off learning a whole catalog of new music. We used to pull from about 60 tunes that the Dead would regularly play. It’s going to take us some time to get back to that number, but we’re moving very quickly. We don’t really follow the formula of the Dead shows from the ’80s and ’90s. We just try to put together a set we think people will like. We’ll string a few tunes together, hopefully hit some jams that tend to open things up a bit, and play some tunes that are arranged in much the same way as the Dead played them. We’re not the Dead.. just a couple of knowledgeable musicians striving to get things... ‘just exactly perfect.’

BM: Thanks for taking the time to talk with us today. I know that Bozeman is super excited to see you guys back in town at Bourbon next month.

Don’t miss out on an intimate evening with 710 Ashbury on Friday, November 4th at Bourbon (515 W. Aspen St.) in Midtown Bozeman. Tickets are on sale now by scanning the QR code, or online at: http://www.sellout.io/events/an-evening-with-710-ashbury