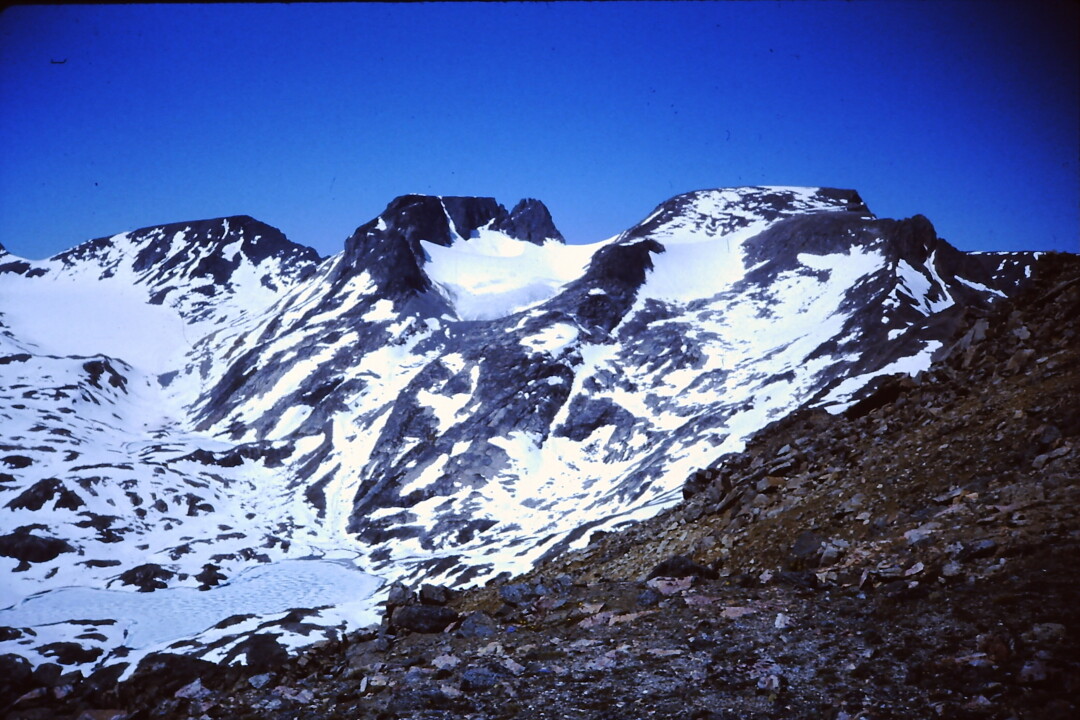 Wilderness areas everywhere are under pressure from climate change, air pollution, extinction, extreme wildfires, invasive species, motor vehicle trespassing, and heavy human use. Let’s set aside as much land as we can, while we can. In Montana and Wyoming, 300,000 acres could be added to the rugged, iconic Absaroka Beartooth Wilderness.

Every day there are more people on the planet than there have ever been before. The impacts of our swelling, needy species are ever more obvious as industrial civilization and its addiction to fossil fuels wreaks havoc on the Earth’s life-support systems. We need to take many drastic steps to curb our consumption and try to blunt the impacts of climate change and other unfolding disasters. One way to do this is to protect more land from development. Scientist E.O. Wilson called for restoring and protecting 50% of Earth’s land in protected reserves. President Biden has initiated a plan to protect 30% of U.S. lands and waters by 2030.

The 30x30 Initiative (renamed the America the Beautiful Initiative, which originated from the Sierra Club and other NGOs) seeks to reverse the negative impacts of biodiversity decline and climate change by protecting more natural areas, and to increase access to nature for communities that lack it. This 30x30 is an ambitious agenda, considering we are currently at about 12% protected U.S. land, much of which is in Alaska. No doubt this proposal will get watered down and reduced, since the definition of “protected” is very slippery. Already, Republicans are howling against this initiative, calling it a land grab; yet they offer no alternative.

Protecting more land through a variety of designations will help with climate change in a number of ways:

• Carbon sequestration
• More uninhabited areas to absorb extreme weather and fires
• More room for stressed and migrating animals and plants to move
• Storage and release of fresh water (though sometimes that water
turns into floods, overall, the West is in severe drought)
• Places for humans to relax and unwind in nature

Here in the Northern Rocky Mountains, we can add protected land more readily than most areas of the U.S. We still have a fair piece of undeveloped land, and most of it is public. But even here, ecosystems are unraveling, and climate change is hitting hard. Take the recent Yellowstone floods. On June 13, 2022, record-breaking floods came roaring out of every canyon in the Beartooth and Absaroka ranges of Montana. Heavy late-season snowfall combined with up to eight inches of rain to produce massive amounts of water, all of it spilling out of the dozens of major creeks and rivers, causing havoc and destruction. The floods were unparalleled, with the Yellowstone River topping 50,000 cubic feet per second (the previous record was 38,000). Roads in and near Yellowstone National Park were destroyed. The towns of Gardiner and Cooke City were cut off completely for a few days, and access to the Park is still compromised.

The drainages on the north side of the immense Beartooth Mountains, Montana’s highest range, went berserk. The town of Red Lodge was hit with extreme, cold, fast-moving floods, damaging and destroying many homes, roads and bridges. On East Rosebud Creek, three miles of road was obliterated, cutting off all vehicle access to vacation homes and popular trailheads. Similar damage was inflicted on Montana towns and infrastructure along many other major creeks and rivers. Climate change is clearly here, and is impossible to ignore. Bozeman just had its hottest August on record, and was forecast to hit 97 degrees on September 3rd . The heat across the West right now is crushing, with records being broken everywhere.

One way to mitigate and offset climate change, and many other problems, is to get Congress to designate more land as Wilderness. Other designations, like national monument or national park, would offer some protection, but designated Wilderness—requiring an act of Congress—is the gold standard for wildlands protection. It keeps out motorized and wheeled vehicles, and keeps the land in a primitive state where “man (and woman) is just a visitor.” People are welcome to visit, but must travel by foot or animal only. 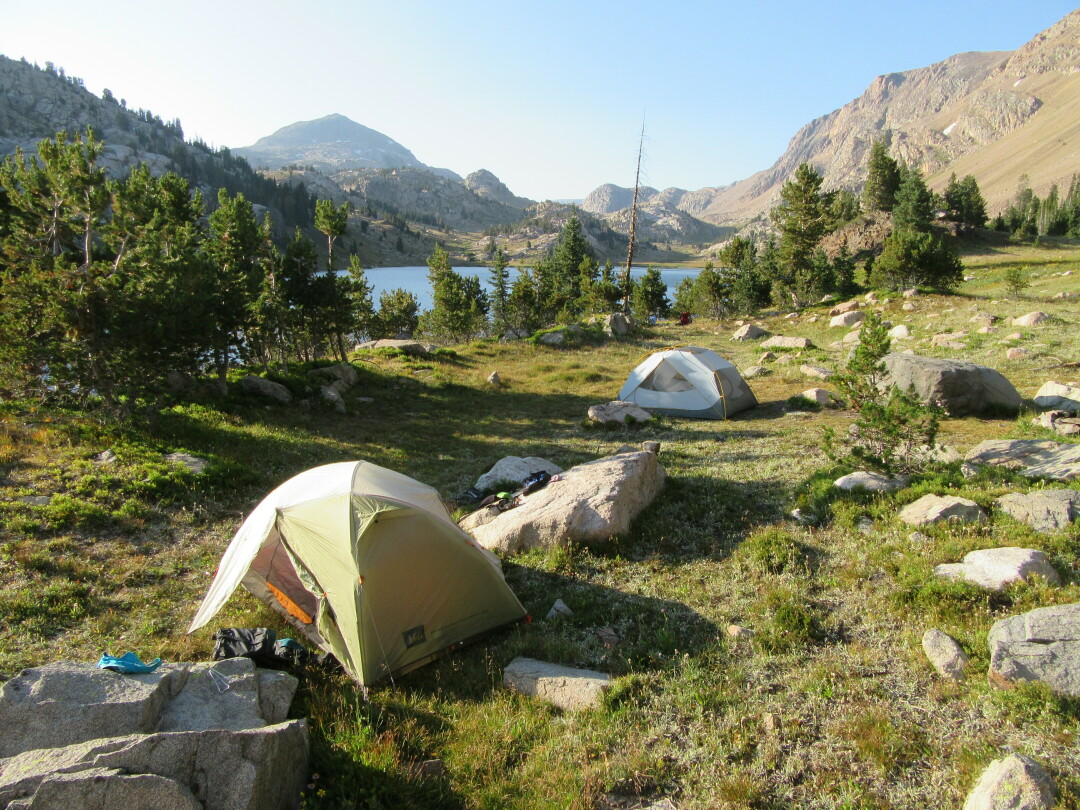 Picture high, cool mountains with rushing creeks, cold lakes and glaciers. The Absaroka-Beartooth Wilderness, designated in 1978, covers 940,000 acres in the Custer Gallatin National Forest in Montana and the Shoshone National Forest in Wyoming. This magnificent wilderness, encompassing most of the highest mountains in Montana, vast stretches of alpine tundra, and hundreds of lakes, extends along the northern border of Yellowstone National Park, and makes up a major portion of the world-famous Greater Yellowstone Ecosystem (GYE). Thanks mainly to large areas of protected land, the GYE has held on to all of its 66 native mammal species, true of few places on Earth.

Nearly 300,000 acres of unprotected roadless lands surround the Absaroka Beartooth Wilderness. This roadless public land, still pristine despite the endless development of the West, is what you might call the “low-hanging fruit” for 30x30 protection. The footwork has been done, the maps drawn. All it requires is an act of Congress. Montana still has six million acres of potential Wilderness sitting in limbo, nominally protected by the Roadless Rule, but still subject to the whims of the Forest Service and its predilection for logging and road building. Some may say it is unreasonable or impractical to set aside more land from development, and to expand existing Wilderness areas. But remember, the Absaroka-Beartooth was slated to be cut in half by an existing motor vehicle trail that ran north to south across the middle of the mountains. Stalwart wilderness defenders refused to give in, and the motorized route was closed and included in the Wilderness-designated area.

There are many potential additions to the Absaroka Beartooth Wilderness. Gallatin Yellowstone Wilderness Alliance has identified 22 such areas. Starting in the east, there is the Line Creek Plateau near Red Lodge. Steep timbered canyons flank this high alpine grassland, which supports twenty rare or uncommon plants. The plateau is over 10,000 feet in elevation. The Custer Gallatin National Forest has recommended for Wilderness only 801 acres out of 32,983 roadless acres, with some of the acreage on the Shoshone National Forest. The plateau is so special that the Forest Service has designated 16,127 acres as the Line Creek Research Natural Area. At least 30,000 acres should be recommended for Wilderness. Cut?

The West Fork and Lake Fork of Rock Creek near Red Lodge, and the Beartooth Front from Red Lodge to the East Rosebud drainage comprise 34,640 acres of roadless lands adjacent to the existing Absaroka Beartooth Wilderness, and includes 27 miles of trail. The West Fork is the municipal watershed for Red Lodge, and originates in some of the highest and most spectacular mountains in Montana. All the roadless lands in both the glaciated valleys of the West and Lake Forks of Rock Creek should be recommended as wilderness, as should the 25,000 acre East Rosebud to Stillwater roadless area along the Beartooth Front, which provides access to East and West Rosebud, as well as Stillwater trailheads.

Along the north face of the Absaroka Beartooth Wilderness are any number of roadless lands that should be added to the list of recommended wildernesses, including the 129,000 Deer Creek drainage which lies between the Boulder River and Stillwater River, and includes lands surrounding the East Boulder, Lower Deer Creek, Upper Deer Creek and Bridger Creek. This type of foothills landscape is largely missing from the Absaroka Beartooth Wilderness. It is important elk and deer habitat, not to mention genetically pure Yellowstone Cutthroat Trout. At least half of this area could be managed reasonably well as wilderness.

The 5,000 acre Mount Rae roadless area between the Boulder and West Boulder Rivers is another area with aspen and meadows and good wildlife habitat. The 8,000 acre Tie Creek/Mission Creek/Livingston Peak roadless area, including the north face of Shell Mountain (with trailhead access near the 63 Ranch) should be protected: Livingston Peak provides the scenic backdrop to Livingston; Little Mission and Mission Creek both harbor genetically pure Cutthroat Trout. In Paradise Valley, much of the lower foothills of the Absaroka Mountains are not within the wilderness. The entire roadless terrain of 13,000 acres from Deep Creek to Strawberry Creek along the Absaroka Front should be added to the Absaroka Beartooth Wilderness. This area was threatened several years ago by illegal motorized trail construction by a local rancher.

Providing a scenic backdrop for Paradise Valley, Chico Peak, Emigrant Peak and Dome Mountain’s 56,000 acre roadless area reaches from Cedar Creek near Gardiner north to Passage Creek in the Mill Creek drainage. Except for existing mineral claims, the entire area should also be added to the Absaroka Beartooth Wilderness. These lands are critical migration corridors and winter range for elk and bison moving north from Yellowstone, as well as important grizzly bear habitat. Six Mile Creek has pure Yellowstone Cutthroat trout populations. Not long ago, Congress passed a bill to stop the proposed gold mine in Emigrant Gulch, showing how valuable these lands are to the American people.

The Gallatin Yellowstone Wilderness Act would designate all of these areas and more as Wilderness, for a total of 1.1 million acres across the Custer Gallatin in the Northern Greater Yellowstone area of Montana. For details on each of the 22 proposed additions to the Absaroka Beartooth, visit www.gallatinyellowstonewilderness.org and look under “Wildlands.”

The Northern Rockies Ecosystem Protection Act would also expand the Absaroka Beartooth Wilderness. NREPA has been introduced into every session of Congress for the past 25 years. It would designate 22 million acres of new Wilderness across Montana, Wyoming, Idaho, and Eastern Washington and Oregon. For more information, visit allianceforthewildrockies.org.