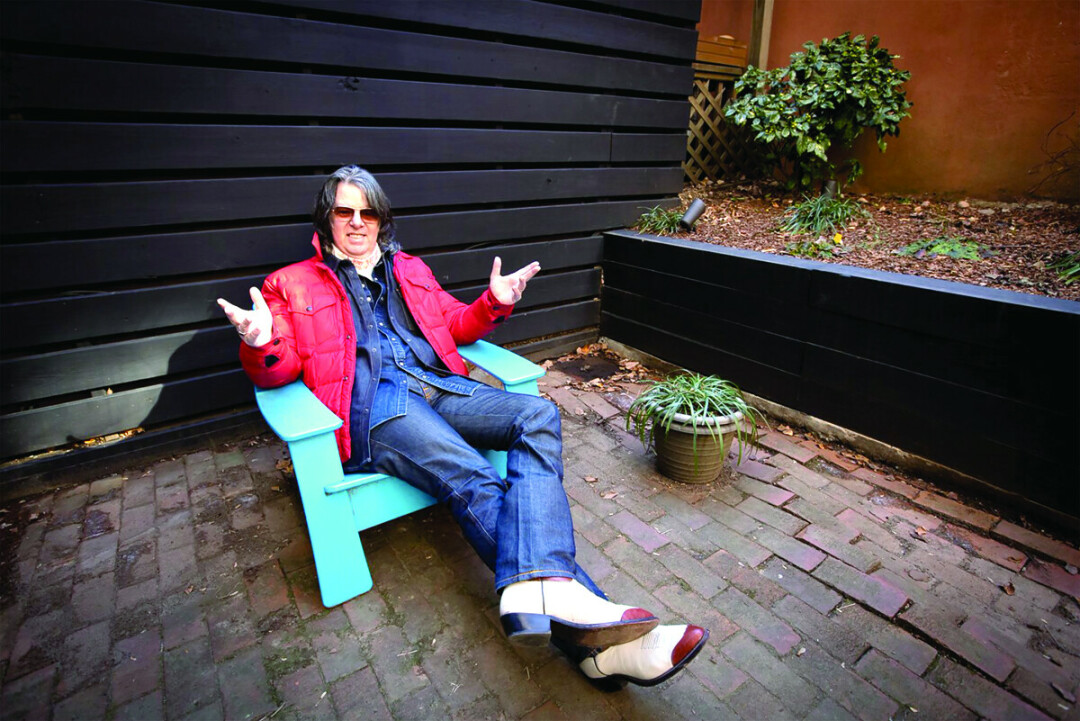 Venerable producer, guitar-player, and songwriter, Eric “Roscoe” Ambel, will be heading out on tour with Sarah Borges for his most extensive run of dates in several years. The tour, billed as Sarah Borges with Eric Ambel, will feature the two of them joined by bandmates Keith Voegele and Kenny Soule, with a set that includes songs by Borges’ and some of Ambel’s too in support of both of their new albums.

Longtime co-conspirators, Ambel has produced and played on Borges’ last three albums, including her most recent, Together Alone, released on Blue Corn Music. He helped shape the group, bringing in Kenny Soule and organizing the band for both of their performances on The Outlaw Country Cruise earlier this year. Ambel will be supporting his new release, You Asked For It, a collection of recordings originally released as pandemic digital singles called The Shut In Series available only on Bandcamp. For You Asked For it, Ambel added in his honky-tonk version of “Honky Tonk Women” to the 11 Shut Insingles, along with original artwork and liner notes to create the album which was released physically and digitally on his Lakeside Lounge in May 2022.

The album was released along with a video for Ambel’s unique arrangement of the only track not released on Bandcamp as a digital single, the Rolling Stones classic “Honky Tonk Women”. Jimbo Mathus produced the recording and directed the video filmed in Taylor, Mississippi featuring Mathus, “Captain” Kirk Bowie Russel, John Kveen and Memphis songstress Amy LaVere as the band. See it here.

“At the beginning of the pandemic,” Ambel explains, “while locked out of the studio and sheltering at home, I decided to release some tracks I had on hand through Bandcamp as the Shut In Singles Series. Between March of 2020 and April of 2021, I released 11 different tracks. Some were previously unreleased, others had been on various compilations that were long out of print. You Asked For It is all of those tracks, presented with their original artwork and notes, plus one more, a special version of “Honky Tonk Women” that I recorded with my old friends Jimbo Mathus and Keith Christopher. I hope you enjoy it; after all, You Asked For It!” Listen to the album here.

Recently released albums produced by Eric Ambel include Free Country by Ward Hayden and the Outliers and Razor Blade Smile by Emily Duff. Ambel has been in the studio working on upcoming albums by Sam Platts and the Plainsmen, Katie Curley, Erik Huey, Mary Lee Kortes and Portland, OR songwriter Jerry Joseph.

Catch Eric Ambel on the road with Sarah Borges at Live From The Divide on September 9th in support of their new albums. Tickets are available at: www.livefromthedivide.com/events/sarah-borges