Fear is relative.
Until you are in the middle of it.

Last week, at dawn, I drove up the Taylor Fork Road to the four-mile mark. At the split, I turned south and followed Wapiti Creek until the dirt road ended. Two moose were grazing out on a piece of velvet hillside just across the creek. (The Wapiti Trail would soon open to quads and motorcycles, and I really needed to walk it before that happened.)

The sun was still tucked behind her throne, throwing off daggers of light as I zig-zagged up to the first ridge along the Little Wapiti Trail. This is open terrain, and the music of the creek followed me all the way up as color began to fill-in the valley.

At about the two-mile mark, I traversed alongside a wooded area that eventually broke into a large meadow. A deer was frozen at the edge of that meadow, but she wasn’t looking at me. We’ve all encountered “frozen deer.” But there was something different this time, and I paused. I brought out my binoculars and carefully scanned the high meadow. It was about 200 yards in length and the far half was covered in sagebrush. Very high sagebrush. (Take note of that.) I had recently read that a Grizzly bear can virtually disappear in deep sage. I didn’t think that was entirely possible, but I scanned again. Slowly. Carefully. Well, I certainly thought that I had. 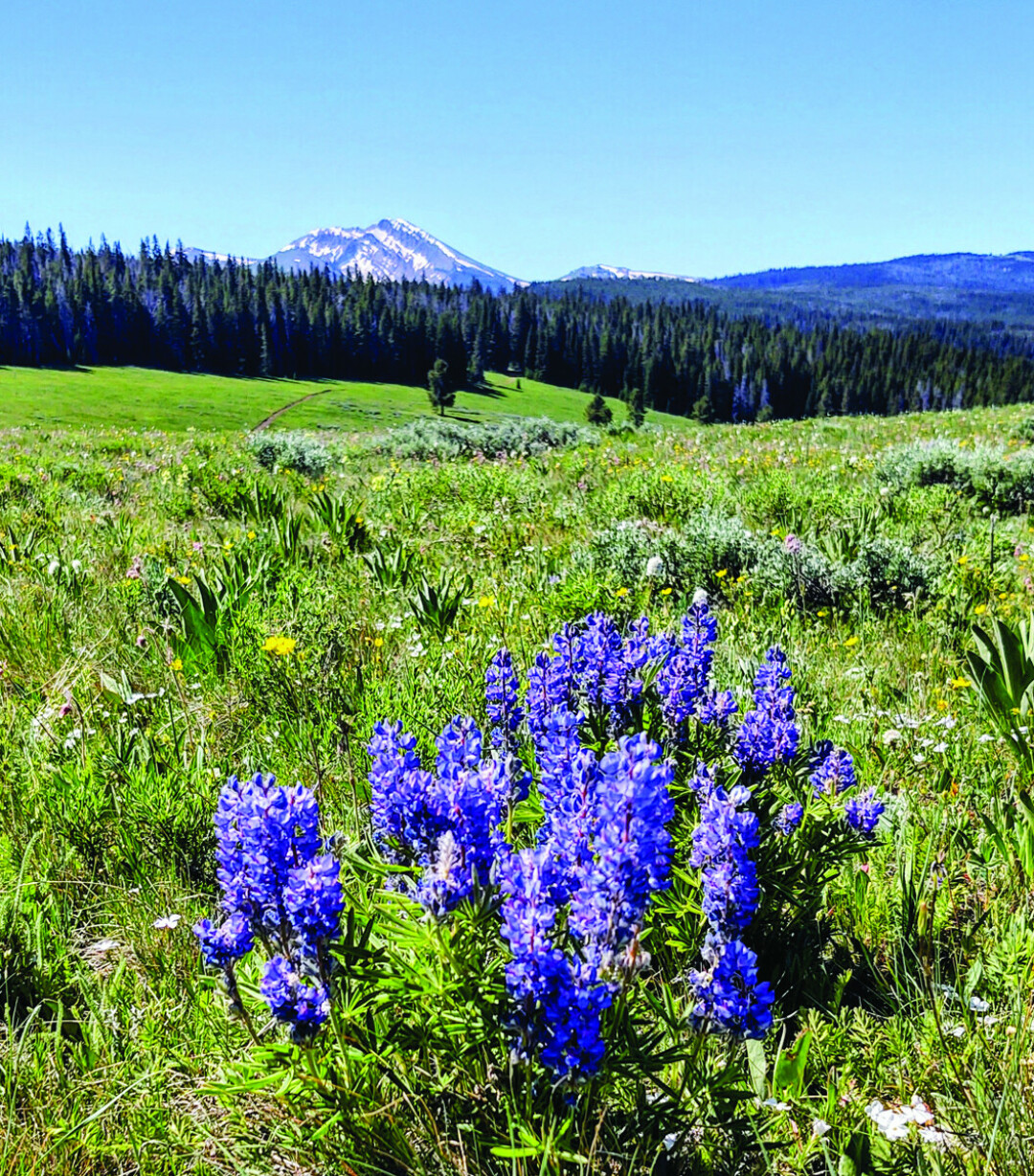 I cut my speed in half and pushed forward. About halfway up the meadow, I turned to look back at the deer with my binoculars. She was still frozen. Why?

As I turned back up-trail, the sagebrush up on my right was suddenly parting like the Red Sea from about 80 yards out. Something very large was moving with great speed and great power directly towards me. This was where time began to stutter and stall out, like the end of an old, faded Super-8 film-reel from my childhood. Broken fragments of safety and survival techniques were suddenly jarred from deep memory and instantaneously sifted through for any relevant content. Everything unrelated was instantly jettisoned.

At 60 yards out, and closing fast, the entire adrenaline cache in my body dumped directly into my bloodstream and, with that, the time dimension we know as “seconds” vanished. My time horizon had now splintered into very distinctive and very valuable milliseconds.
My first thought was: Maybe it’s only a large deer—running to be with the young deer still frozen, down at the meadow’s edge? But I knew that that type of faulty “thinking” was based solely on Denial. This was not a deer. One millisecond gone.

The sun blinked over the ridge. (When did that happen?) At 50 yards, I could clearly see the sunlight splaying off of the Grizzly’s back. I am already walking backwards, over rocks, remembering the trail in reverse. My hand is on the bear spray. The safety is off. (When did that happen?) Why is it taking so long to get the bear spray out of the holster? Milliseconds evaporating faster now… at 40 yards, he suddenly stops and stands straight up. He is big. Very big. He turns around and looks back... (please God, don’t let there be cubs). Then he drops again and moves closer. I am still moving carefully backwards. I am speaking to him. Softly. (I don’t remember what I said.) He stands again, fully facing me now. Bigger at only 30-35 yards. He fixes on me. I fully expect a charge. (Which way is the wind blowing? When, precisely, is the optimum time to discharge the spray? How long can I spray before dropping to the ground to avoid full impact?) Each millisecond pulsating, then exploding, in rapid sequence…

He quickly drops down again. Then: unexpectedly, he abruptly turns and charges back up through the sagebrush. He accelerates out into the open meadow and aims for the treeline 100 yards away. I am still clutching my binoculars, and raise them now to watch him run in full measure. The sun catches his massive muscles undulating in waves beneath that spectacular fur.

He vanishes into the woods. Everything is still again. Except my heart, which cannot beat any faster. I breathe deeply. The grass is suddenly so very green. And the flowers are blinking neon bright—practically psychedelic. They are everywhere, gently floating around me. The sky is so perfectly blue it hurts to look at it. A hawk is circling overhead. I think I can hear its wings flap.

I continue up the trail for another two miles. I sit on a rock at the top of a long meadow and take in snow-covered Sage Peak to the south.

I take off my shoes.
I sit there for a long time.

Peter Brancaccio grew up in the shadow of NYC with five sisters in a one-bathroom house, where he honed his negotiating skills early on. In 1978 he swapped his motorcycle for a ‘55 Chevy pickup truck, and worked his way across America. Then, he kept going... after five years on five continents, he and his wife now call Bozeman home and cherish the solitude of the mountains.