Lynn Shanahan’s story could easily be turned into a movie. It has mountains and skyscrapers, love at first sight, tragedy, motherhood, and ballroom dancing championships. She met her late husband, John, in New York City, where she worked in apparel. He was an Australian in the mining business. It was love at first sight, and they were married within six months. John first came to Montana to work at the Troy Mine, then was asked to come to White Sulphur Springs. Never having been to Montana, Lynn was instantly up for a new adventure.

Two days after moving to Bozeman, the two went on a cycling vacation to Sicily with friends. John was an accomplished cyclist, and slowed to help some of the older guys. Lynn got to the top of the mountain—John never made it. He died doing something he loved, and he loved Montana, brought his family here and left them in a safe place, a very special gift.

As a six-time Pro-Am smooth ballroom dance world champion, Lynn longed for a big dance floor and a comfortable place to hear music, a place for families and couples to gather—for everyone. She soon met someone who could see a lot of fun in her future, and Lynn herself would be the one to suggest they buy the former Buffalo Jump Gentlemen’s Club [75770 Gallatin Rd, Gallatin Gateway], now known as The Jump.

Angie Ripple: How was The Jump conceptualized?

Lynn Shanahan: Tom Henesh is my partner and I literally had to drag him in here when it was a gentleman’s club; he only agreed to enter the other side. Tom is a land aggregator, a top-notch surveyor, and an engineer. We met on a plane; he was flying to London to visit his son, and I was flying back to New York. We had this lovely guy between us, a hydraulic engineer. We all started talking, and I mentioned that the mine in White Sulphur was being permitted. His ears perked up, and we decided to look for some land to maybe develop some housing. He’s very serious, and I’m a fly-by-the-seat-of-my-pants person. He finally said, ‘I think you want to do something more fun; I don’t know that housing for engineers is up your alley… why don’t we look at something else, and do something really fun?’ It’s been a great partnership.

I was fortunate in that the actual concept was kind of forced upon me. When we bought the place, it was smack in the middle of Covid, so it was really difficult for me to find an architect, and even more difficult to get a timeline. I was hearing that contractors were three years out. So I thought back at all of the stores I had built all over the world during my career with Tommy Hilfiger and I thought, ‘I can do this; we can do this!’ I found a small architectural firm and she basically drew out the plans as I was thinking of them. And then I had the most amazing general contractor, Josh Anderson, a great guy who spent seventeen years at Walker Construction, and now has his own firm. This was the biggest project he had ever put together, and we literally did a design-build.

Whenever we hit a wall, we would conceive of something else. When we did the demolition, it was much bigger than I’d ever thought—everything had been hidden by private dance rooms and dressing rooms and stages, so when we got this space we were enamored with the possibilities. Josh did a lot of the detail work himself; we created the feeling of rooms with ceiling treatments, and just kept going. Where we are sitting now, the patio room… originally, none of this was enclosed. It was a plywood gentleman’s smoking area, so we just kind of blew it out and tried to create an open / closed space with garage doors. As fate would have it, the garage doors weren’t coming until the next month, and we were opening last November, so we did a whole different window treatment—thank God, because it’s so windy down here! Working with the creativity of local craftsmen and all their ideas made a space that they would love to be in, and I would love to be in. 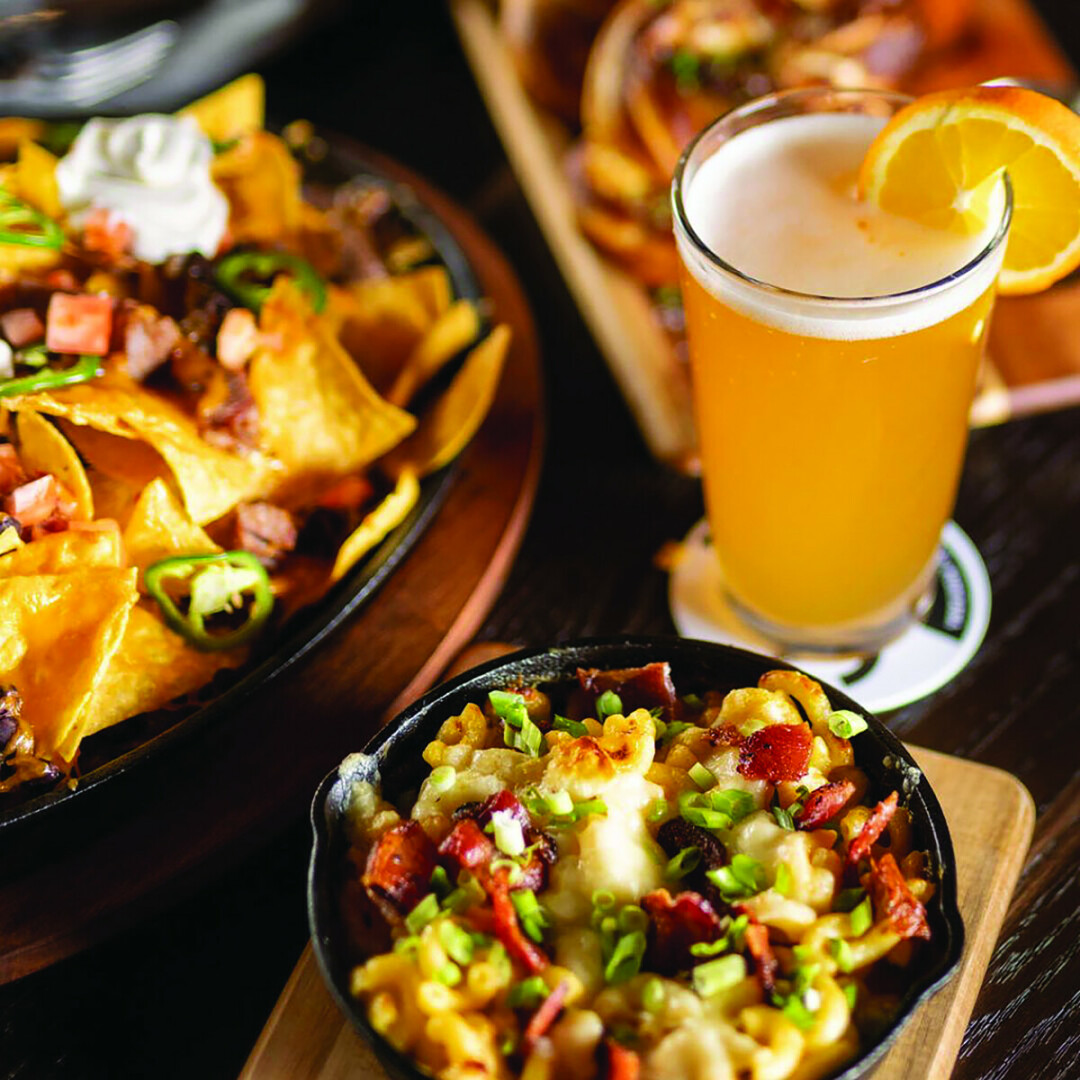 AR: What would you like people to experience when they walk through your doors?

LS: I think one is an element of surprise. I get a lot of gasps when people walk in. Many locals have an expectation; I wanted to make sure that it was a nod to Montana, but at the same time, kind of gave an airier experience. I also wanted the element of surprise that when they actually looked at the menu it was like, ‘wow, this is delicious, this is affordable, and we want to have this be our kitchen in the backyard.’

AR: What do regulars keep coming back for?

LS: I wish it was to see Tom and me, but I think they come back because the food is really good. It’s going to sound cliché, but we probably make the best Cowboy Burger, ever. Our Wild Game Meatloaf is popular, and incredibly delicious. And, to have good food coupled with good music is pretty rare. You know, you usually go to a place where the music is really good and the food isn’t that great—not here.

People have made a lot of friends here. We have Western Swing Night on Wednesdays and we have 200-300 people dancing, and meeting each other. I call it my own match.com. We have seen couples of all ages; I think my last one was a couple of 80 year-olds who had met each other dancing. So it’s just providing joy.

I think what I was trying to achieve is in the midst of being achieved, because I see people three to four times a week who say, ‘we just live down the road’ or ‘we live around here,’ so that just means it’s very local. 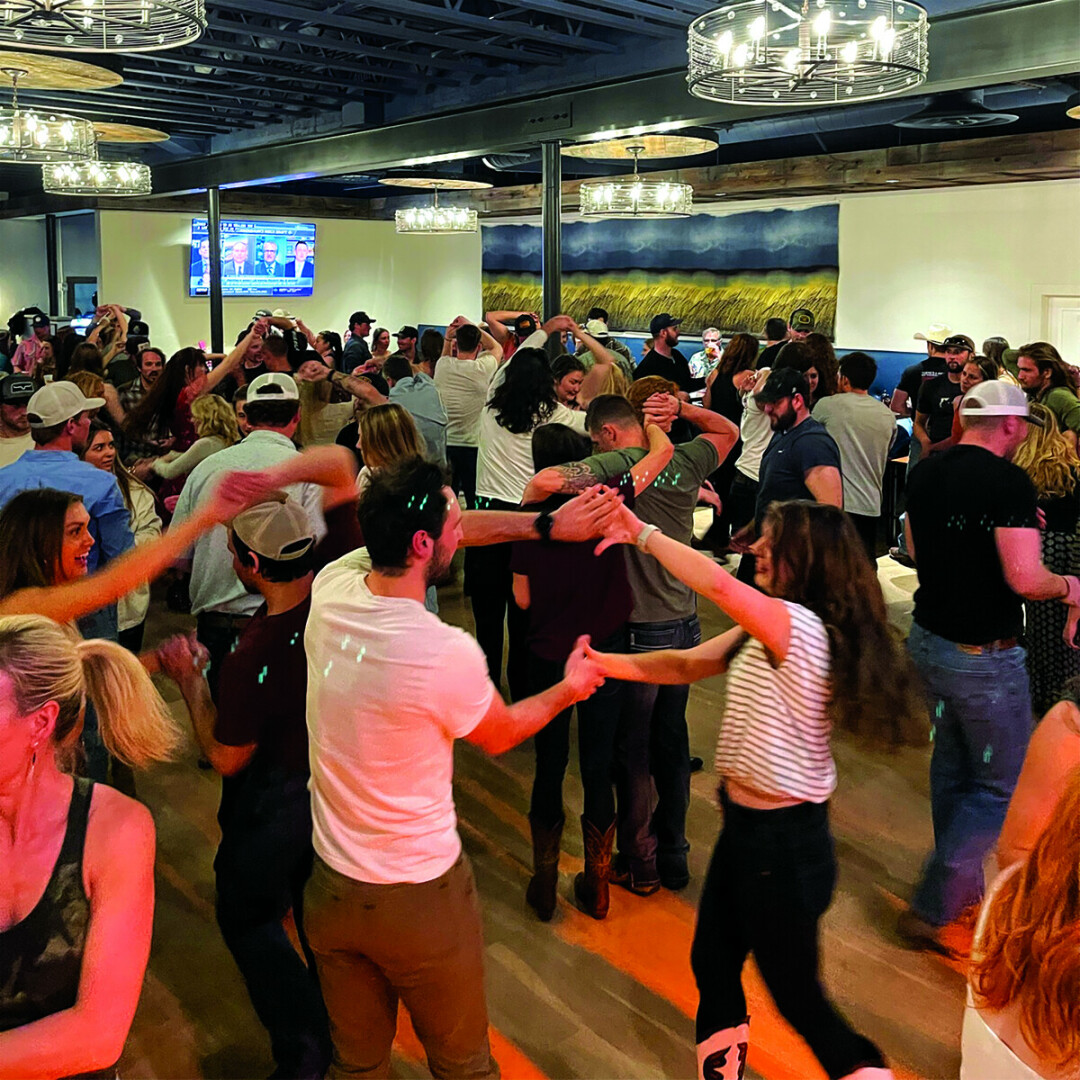 AR: What is your personal favorite menu item?

LS: I would probably have to say Rachel’s classic meatballs, because she makes them by hand; they are really good.

AR: What would you say makes you unique in the local food scene?

LS: I would have to say the fact that we have such a variety of offerings morning, noon and night. From the daytime perspective, we have wonderful On the Fly that has woodfired pizza and a deli, and you can’t get that around here. Then, we have a Genuine Ice Cream shop. The Market has been a real labor of love; we want to be the place for provisions for our growing area, and also offer interesting foods, specialty foods, charcuteries, and takeaway. Our Day Bar is a place where someone can sit all day long. On the other side, it’s like we’re a home away from home. So, I think it’s unique right now to the Gallatin Gateway area.

I saw something really special in Rachel Loundes, our chef. I think she is one of the best cooks I’ve ever experienced, and she has a heart as big as this building. She really does make almost everything from scratch, but it’s affordable and delicious; that’s the point. She cooks like her mom cooks, and people are always picking out their favorites.

It’s the same with the bar. Gage worked at Applebees for thirteen years as a bartender; I challenged him to build his own bar, and he built a beautiful bar with beautiful offerings, but with the idea that he would have guys sitting in front of him every single day, and it was about the conversation. It’s really approachable.

On the restaurant side, I have to hand it to them, because they’ve created good teams and they have mental ownership of it.

From the perspective of music, we try to have different nights that enhance the experience. On Tuesday night we have a Singer/Songwriter series from 6-9, so people can really enjoy a meal and listen to the music, but people get up and dance whenever we have music. We’ve had a lot of talented local bands, and bands traveling through. We have something almost every night like that. 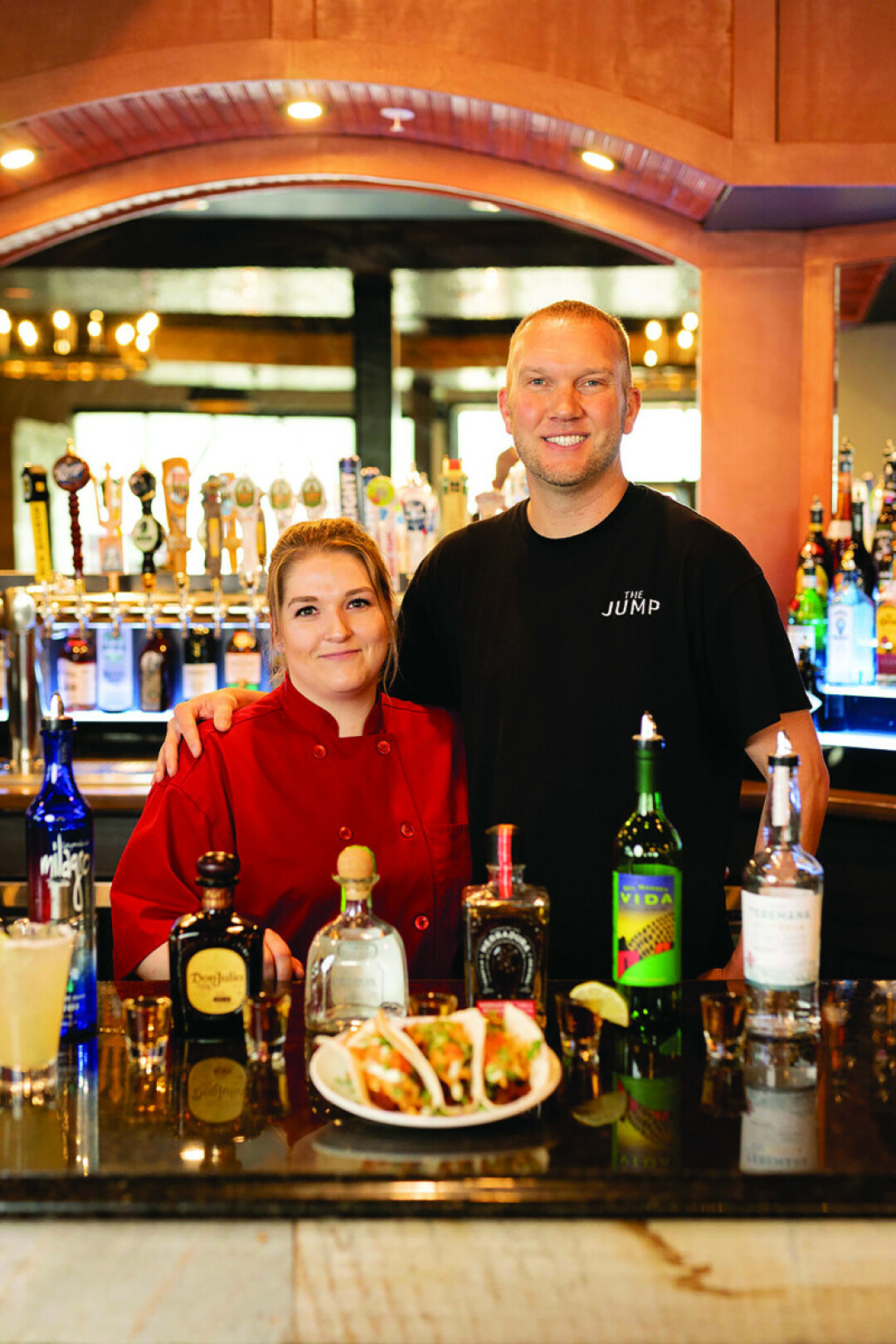 AR: What do you personally enjoy most about being part of the greater Bozeman community?

LS: Meeting interesting people—I really love being at the restaurant all the time, because I’ve met incredibly wonderful people. Being a part of the greater Bozeman community, I’m on the board of Eagle Mount and experience the generous people involved in that effort. All the families have been wonderful—it doesn’t matter your economic background, to have a special needs child is a very special kind of hard work, and it has been a joy to see the Bozeman community as a whole, from all walks, come to our events.

AR: Do you have anything coming up that you’d like readers to know about?

LS: I just want people to continue to discover and experience us. We’re only in our seventh month of business. Although we are event-driven, with music and dancing, I really, really want people to stop in and really experience it. It’s as simple as that.

This new scene in Lynn’s movie is just beginning, and all are invited to have a role as an extra—just show up at The Jump.