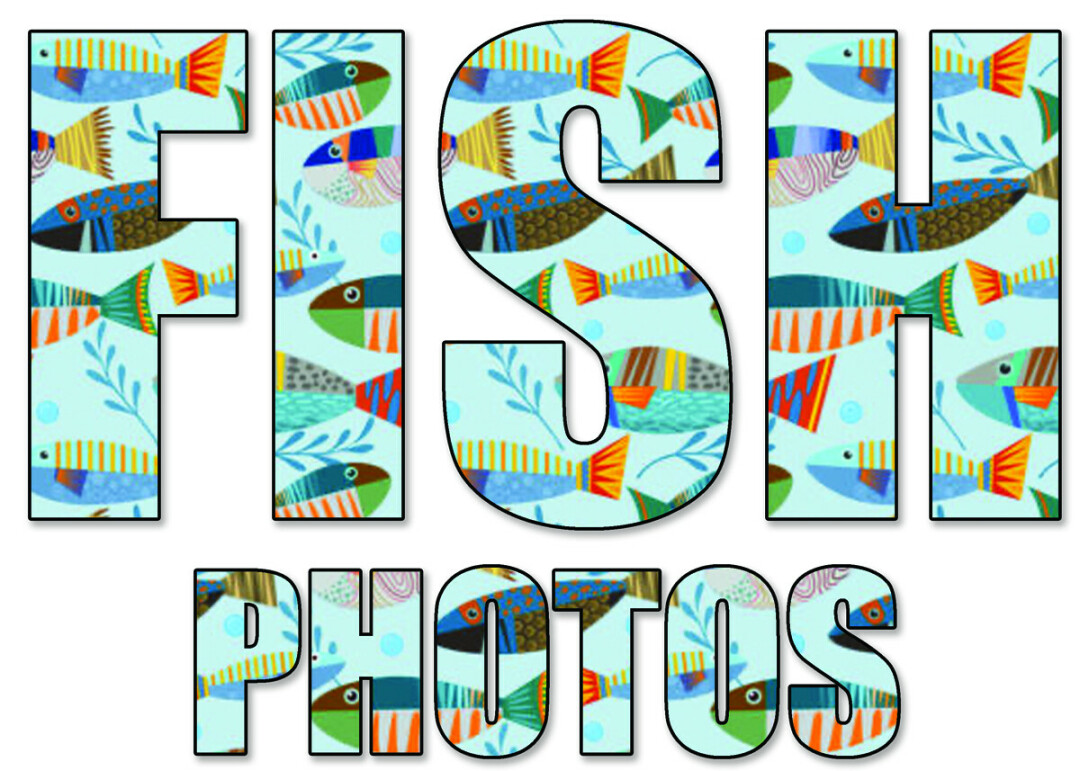 I don’t take pictures of fish anymore. Well, I take that back. Sometimes, I do. You know the pictures I mean. Smiling, holding the trout out in front of you, trying to look cool. We’ve all taken them. We’ve all shown them around. “Hey, check it out.” You can usually see the guide’s net hovering under the fish in case it wriggles out of your grasp, which they often do. Don’t want a wild trout flopping around the bottom of your boat! Some fish pictures are taken while squatting in the river, the fly rod balanced on your knees, a big smile plastered on your mug. They show the size of the fish in relation to your hands so you can brag about how big it was. And if they get loose, well, they flop right back into the water. Which is where they want to be anyway.

Yeah, I’ve got my share of photos like these. Most of us do. But I don’t take pictures of fish anymore. Well, I take that back. Sometimes, I do. The guide will ask, “Hey, how ‘bout a picture with this one?” I usually say, ‘no, thanks, let’s just get him back into the water.’ But sometimes, I’ll say, ‘okay.’

If you Google how to take pictures of fish, you’ll read about how to hold the fish way out in front of you so it looks bigger. You’ll read that the photo should zoom in on the fish— again, to make the fish look larger. It’s all about making the fish look as enormous as possible, in many cases more so than it truly may be. I guess that’s all well and good, if that’s what you want. But I have other thoughts on how to take fish pictures.

There are things to take into consideration in taking a good fish photo and they are several-fold. First and foremost is the safety of the fish. Hold it, but don’t squeeze it too hard. I mean, how would you like some big guy squeezing your insides? Keep the fish wet until you’re ready, wet your own hands, and then hold the fish gently, but firmly. Have whoever is handling the camera take the shot quickly, so you can get the fish back into the river, where it belongs. Holding the fish can be tricky. Try not to wrap your hand fully around the fish’s belly. It’s a picture of you, but it’s really a picture of you with the fish. You don’t want the focus to be on your big paw enclosing and obscuring the fish. Let the trout rest, calm and relaxed in your hand. Keep your fingers lower on its body. The fish will accommodate an easy cupping of your palm. And remember, be gentle, take the shot and release the fish back into the river as quickly as possible.

One guide I fished with kept a rectangular box made of clear acrylic in his boat. He would fill it with river water. We put the trout in it and took the photo. It was like holding an aquarium with three gallons of water in it. It was heavy and it did make the fish look longer and heftier. But I didn’t have to handle the fish, which was good. Fish have a layer of protective mucous on them that our hands can damage, thus hurting the creature. Remember, we want to protect the fish.

Don’t forget to smile. You’re supposed to be having fun. You should look like you are. And don’t cop an attitude like you are some kind of Joe-Cool trout slayer. Nothin’ is worse than some dude striking a pose with the fish like he’s Ivan the Terrible, conqueror of the river. And don’t kiss the fish. For some reason, I just don’t think the fish appreciate that. Show some respect. Hold the fish, smile, and look like you’re having fun. Even Ernest Hemingway smiled for the camera, whether he was standing beside an eight-foot marlin or holding an eight-inch trout. 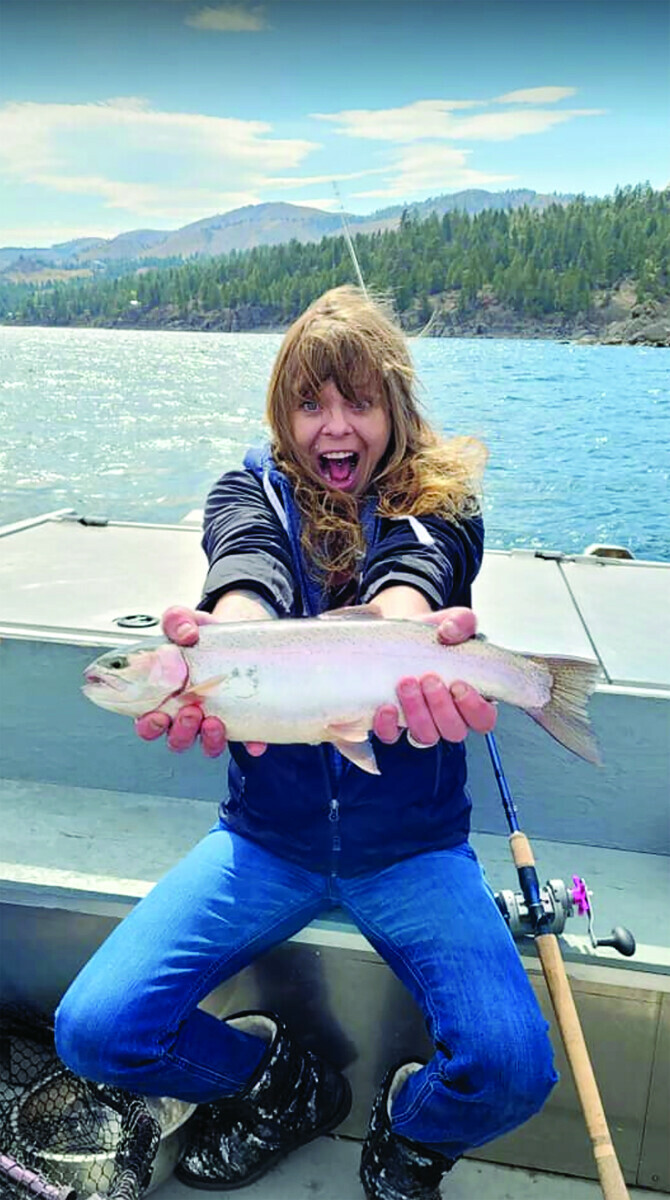 Mindy Stoflet shows off her fish for the camera

If you are the camera-person, try to compose the shot as rapidly as possible. A good composition will get the river in, maybe the bend in the river. I mean, rivers are pretty spectacular. And if there are mountains in the distance, get them in if you can. Sometimes, the green of the trees, set against the indigo of the sky and the glitter of the sun on the blue-green of the river makes for a nice photo. It is a fish shot, after all, so try to capture the way the light makes the fish sparkle and glow in rainbow colors.

There are many tutorials online on how to compose a good shot. It might not be a bad idea to look at a few. There is the rule of thirds, which I won’t explain here, but it is a good rule to understand whenever you are taking photos of anything. Don’t shoot directly into the sun—better to backlight the shot. Don’t focus so much on the fish that you cut the head off the person holding the fish. You don’t want a picture of Icabod, the headless angler. If you are using a cell phone camera, make sure the battery is charged, and don’t drop your phone in the river. That’s always a bummer.

There may come a time when you catch a nice trout and someone asks if you would like a photo with the fish and you think, ‘naw, I have enough pictures of me posing with fish.’ I think I have reached that point in my angling life, although, as I said earlier, I may still take a picture once in a while. I choose instead to remember the day, the way the light danced on the water, and the sounds and smells of the river. I try to imprint in my mind the colors of the trees, the white of the clouds, the deer that come down to drink from the river. I look at the fish, acknowledge and appreciate its natural magnificence, then release it.

“Now, that’s a nice trout. How ‘bout a photo with that one?”

It’s okay to shoot pictures of the fish we catch. We all have some. So, shoot away. Just remember to respect the land, the river, the resources, the experience.

Seattle-based writer, Jeff Beyl, has been published with work on fly-fishing, nature, the ocean and music. His book, A Conversation With the Earth was recently released.