It’s common knowledge that Bozeman is an expensive place to live. The price of housing is steadily rising, and affordable apartments are scarce. Many are resorting to living in campers and RVs, boondocking in empty lots around Bozeman. Others, who don’t have the luxury of a camper, sleep in their cars. It’s not an easy life. It’s nerve-racking and dangerous. Oftentimes, unless you have access to a generator, you’re without electricity and running water. When you live like that, people typically react in one of two ways: They either have empathy for your situation, or they treat you like garbage.

When I was 28, I had to live like that myself. Our rent became unaffordable, so my best friend and I (we were roommates) were forced to find a different place to live. Unable to find anything in our price range, a friend sold us his RV, allowing us to make monthly payments on it while we lived in it. So I, my roommate, and our two cats moved into this old rig from the 90s. 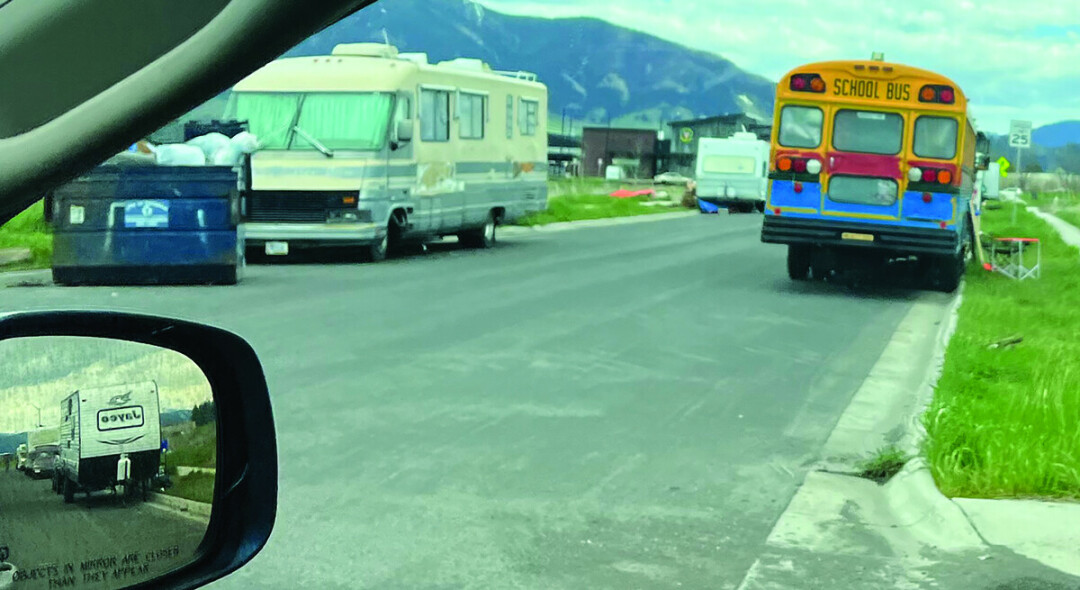 I think the worst part about living in an RV was the vulnerability, and the cold. When we first moved in, we had to boondock for a while before we were able to get into an RV park. Unfortunately, our generator didn’t work, which meant no electricity or water. Luckily, we had a propane stove and were able to cook food. While RV living is becoming a trend, no one talks about how scary boondocking can be. Strangers will look through your windows. We once had someone try the door handles to see if they were unlocked, and every time we left for work I worried about the RV being towed. It’s a distressing situation to be in. When we did get into the RV park, it wasn’t much safer. People got into yelling matches and drunken fist fights; the women’s public shower didn’t lock properly, and someone’s cat got stabbed to death. I mean, seriously, who does that?

Surviving a Montana winter in an RV is no joke, either. The blankets on my bed would constantly freeze to the condensation on the walls, creating this sheet of ice I had to sleep next to. My clothes would also freeze to the walls in the cupboards; I had to thaw out my outfits before I could wear anything. It didn’t help that, on top of that, the park would regularly lose power in the middle of winter due to snow storms. With temperatures easily -20 and lower, having no heat was both miserable and dangerous. Thankfully, we had a ton of blankets. On nights like that, as both of us would go to bed wearing three or four layers of clothing, we’d joke about freezing to death during the night, secretly worried that we or the cats really would freeze to death. 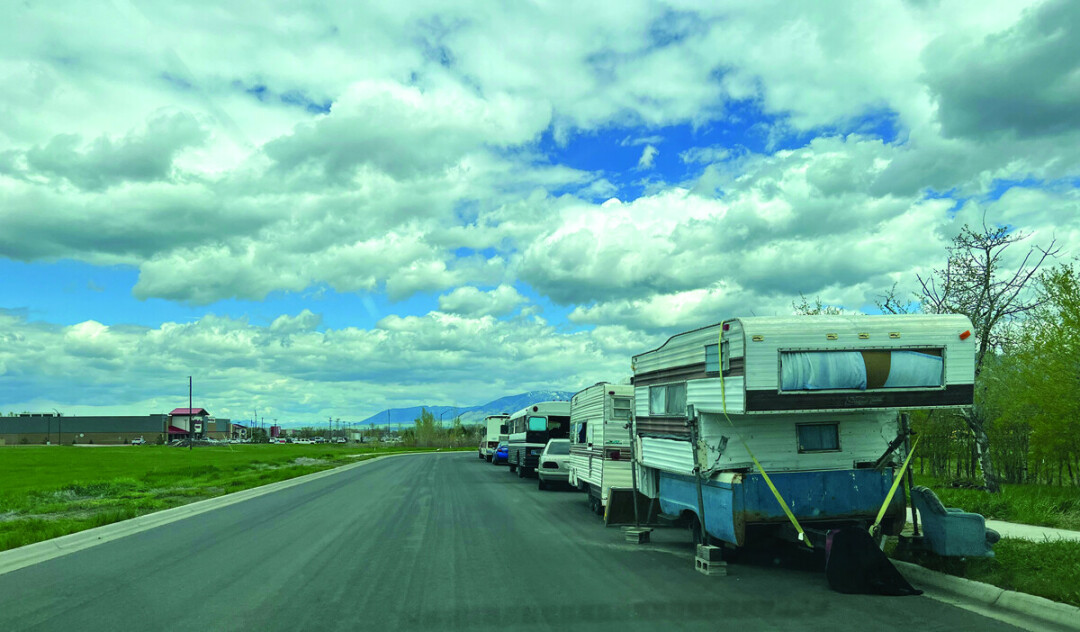 I will say that there was a unique form of community in the RV park. There were a lot of families with young children, who often played together. Every once in a while I’d help out with babysitting. During the summer, people would throw big barbecue parties and invite everyone. When I was living in an apartment, I didn’t know any of my neighbors, but at the park I knew almost everyone, and had swapped at least one or two stories with all of them. We stayed in the RV for a year, until it started to affect our mental health. So, friends offered us a safe place to stay, I got a better-paying job, and we were able to get an apartment a month before the 2020 shut down.

Unfortunately, as housing prices continue to rise, I predict that this way of life will become more common. These aren’t people who have the money to invest in RV restoration, like you see on social media. These are people, families, doing their best to survive, oftentimes in decrepit rigs. Most work full time, and some are college students, because it just takes a streak of bad luck to become homeless in this town. While some might say, “just move away,” that isn’t as simple a solution as you might think. The gas alone to drive an RV is incredibly expensive, and that’s not including whatever repairs it would need to become a reliable vehicle. A lot of times, RVs are money pits that tend to trap people in their situation—a situation more people are likely to find themselves in if affordable housing continues to be unattainable.

Marion Jackman is a Senior at MSU, majoring in English Writing, and an intern at Bozeman Magazine. When not writing, she enjoys going on adventures with her dog, Jay.