I have scuba-dived with people who, in a desperate effort to see everything on the reef, thrash around so much underwater that they scare everything away. I have gone rock-hounding with people who, in an attempt to find all the good stuff before anyone else, can’t see the very rocks they are looking for, while I reach down and pick up a crystal or an agate or a piece of petrified wood that they just stepped over.

It is, alas, sometimes the same while trout fishing. You’ve seen them, I’m sure. Guys on the river who make the whole thing a competition. They have to catch the first fish, more fish, bigger fish. They get angry if you catch one and they don’t, or if you catch more. They cast wildly. Their fly spends more time in the air than on the water. When it finally does hit the water, they pull it back, do several more back casts and slap it down, only to pull it back up again. Then they’ll cast it to another spot. And then another, whipping the water almost to a froth, while you calmly pick your spot and cast and set the hook on a rainbow trout.

Ask any fly-fishing guide what the most important quality they look for in a client is and, more often than not, they’ll say patience. How many times have you cast your fly for, what, half an hour, an hour, longer, before finally getting a fish to rise? If you do so without getting pissed off, without complaining, without yelling “what’s wrong with these damn fish?” then you are showing patience. And the guide appreciates it. So do the fish. 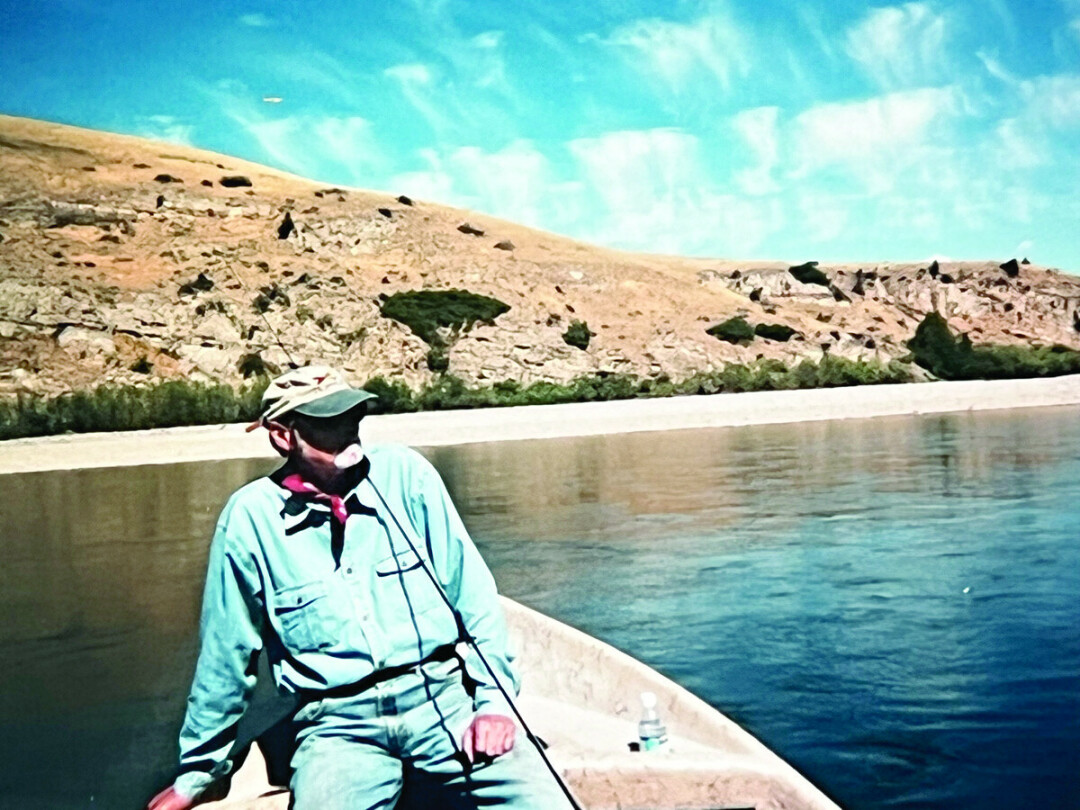 One time on the Yellowstone River outside of Livingston, after one of those hour-long periods of not catching a fish, I brought in my fly, leaned my rod against the gunwale, sat back in the boat and looked off at the hills in the distance. I watched the sun sparkle on the ripples of the river. Wondering if I was becoming frustrated, Vince, my guide, asked me if everything was okay, and could he do anything for me? I thanked him for his concern and told him I was quite happy, that I was fine just watching the river flow for a few minutes. Vince calls it “taking a scenery break.”

“I’m giving the trout a bit of a rest,” I said, smiling. I took a sip of cool water.

“Are you sure?” I guess he was more accustomed to his clients becoming discouraged, upset, aggravated after a session of no fish.

“Yeah. Couldn’t be better,” I said. “Hey, look at that rock formation there. Isn’t that cool?”

He agreed, and we simply floated along in silence for a while. I watched a hawk circle overhead. I watched as another one joined it and they both soared on outstretched wings. I saw a family of white-tail deer drinking cautiously along the edge of the river. I saw a kingfisher perched on a low hanging branch. The branch bobbed up and down in the breeze. I watched as an osprey flew straight toward us, right over our heads, then continued on upriver. I looked off toward the mountains, hazy in the bright sunlight. No words were needed. It was sufficient to simply look and watch and appreciate. I’d pick up my rod and start casting again soon enough. 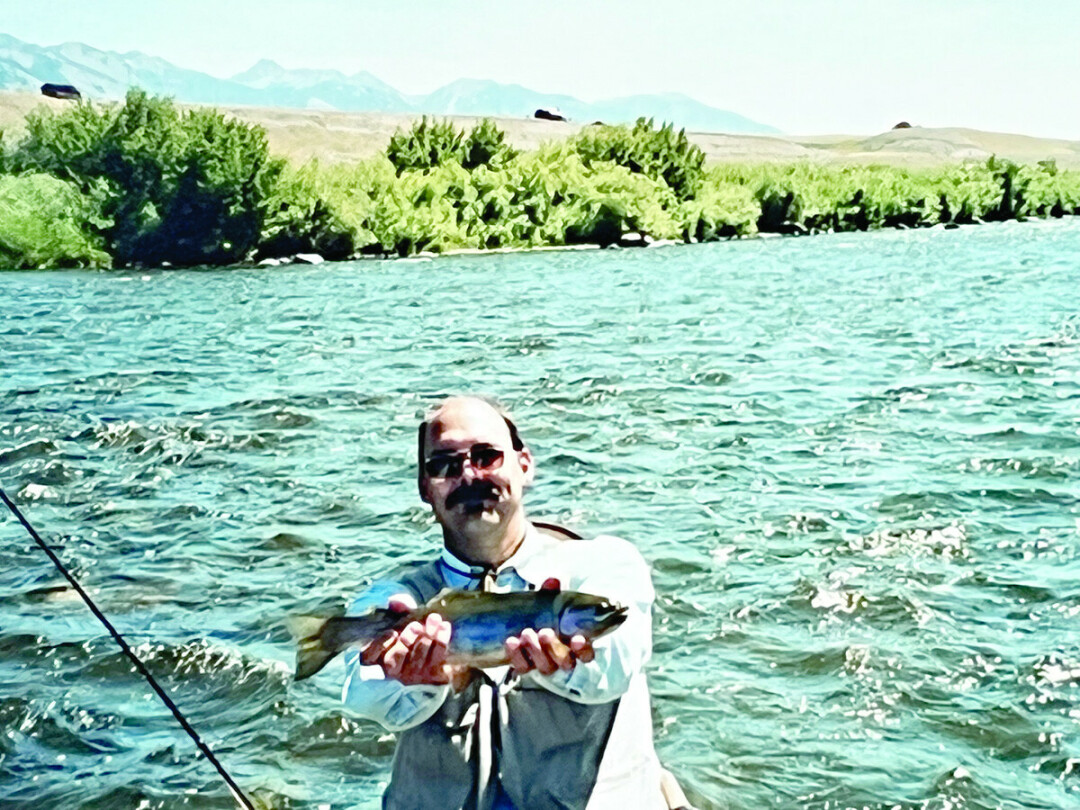 There were no roads nearby, so we heard no sound of trucks whizzing past. There were no rafts or other drift boats within sight so we could hear no talking, giggling or yelling. No airplanes flew overhead. No droning. No roaring. No reverberation. We floated along and I could hear the river slapping against the sides of the boat. I could hear bird song all around. I could hear the breeze sifting through the branches of the cottonwood trees at the edge of the river. We drifted along, watching the river and the landscape do what rivers and landscapes do. And it was great.

At one point, Vince drew my attention and gestured. “Hey,” he said, almost a whisper. “See that foam pocket up ahead on the left?” I did. “If ya feel ready, cast just this side of it and let your fly float right in.” I did—and a rainbow trout took the fly and leapt clear of the river, head shaking, body quivering, water drops flashing rainbows in the bright light. I brought the fish to the net and we admired it and released it back into the river. I sat back down, looked at Vince and smiled. That ended the hour-long session of no fish. “Ya happy now?” he asked. “That was the eighteen-incher you’ve been wanting.”

“I’ve been happy all day,” I said. “Hell, I was happy when I caught those little ones earlier this morning. I’m happy just being here.” Vince nodded knowingly. He brought out a bag of cookies and proffered the bag to me. We sat in the boat and ate our cookies, sipped some cool water and were grateful for the day. Vince pointed toward the shore and I looked over and saw three wild turkeys in the rushes. I smiled.

“You know,” said Vince, doing his wizened, Gandalf thing; “It’s not about getting what you want. It’s about appreciating what you get.” And he was right.

Seattle-based writer, Jeff Beyl, has been published with work on fly-fishing, nature, the ocean and music. His book, A Conversation With the Earth was recently released.