Beneath Our Feet: A Full History of the Bozeman Tunnel 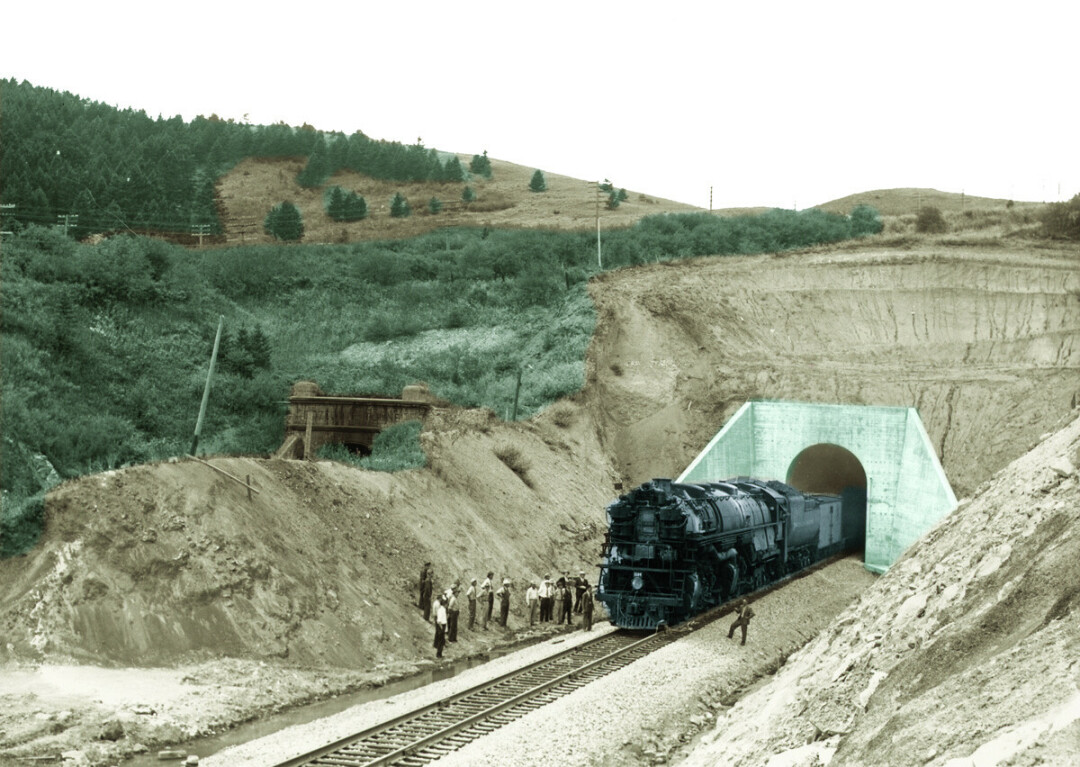 The first Northern Pacific passenger train steamed into Bozeman on March 21, 1883 to much celebration and fanfare. It represented Bozeman’s shift from an isolated frontier town to a city with great potential for growth, now connected to the east and west coasts. A huge undertaking, the construction of the Northern Pacific Railroad from St. Paul, Minnesota to the Pacific Ocean took a couple decades of planning, surveying, and treacherous construction.

During the massive project, Montana was divided into separate divisions – the Yellowstone Division in the east, the Rocky Mountain Division in the center, and the Clark’s Fork Division in the west. Other divisions were later added near Missoula, and south from Livingston to Yellowstone Park. From the 1860s to the 1880s, construction progressed on both east and west ends of various portions of the route.

One of the difficult spots to lay railroad track in Montana’s Rocky Mountain Division was on the Bozeman Pass. Initially, Bozeman Pass was one of several route options considered by Northern Pacific Engineers. There was a very real possibility that the Northern Pacific Railroad would bypass the town of Bozeman altogether, until Chief Engineer W. Milnor Roberts finalized the route we know today through Bozeman Pass. According to a 1977 article titled “NP Reaches Belgrade,” nineteenth century Northern Pacific Railroad officials preferred to keep elevation grades on the route to 116 feet per mile and below. In consideration of this, Roberts believed the Bozeman Pass was the best option, although building through the mountainous area would require a 3,610-foot-long tunnel to keep the steep grade at a manageable level.

The lead engineer for the Rocky Mountain Division was a man named J.T. Dodge, headquartered in Helena. Additional engineers were hired to oversee specific projects like tunnels, and E.H. Bechler and A.G. Lombard led construction on the Bozeman Tunnel. Many sources refer to the original 1880s Bozeman Tunnel as the “Muir Tunnel” after James Muir, a contractor on the project. A small station, settlement for workers, and a post office sprang up on the eastern side of the tunnel construction site and was named “Muir.” A corresponding station on the west side of the pass was dubbed “West End.” 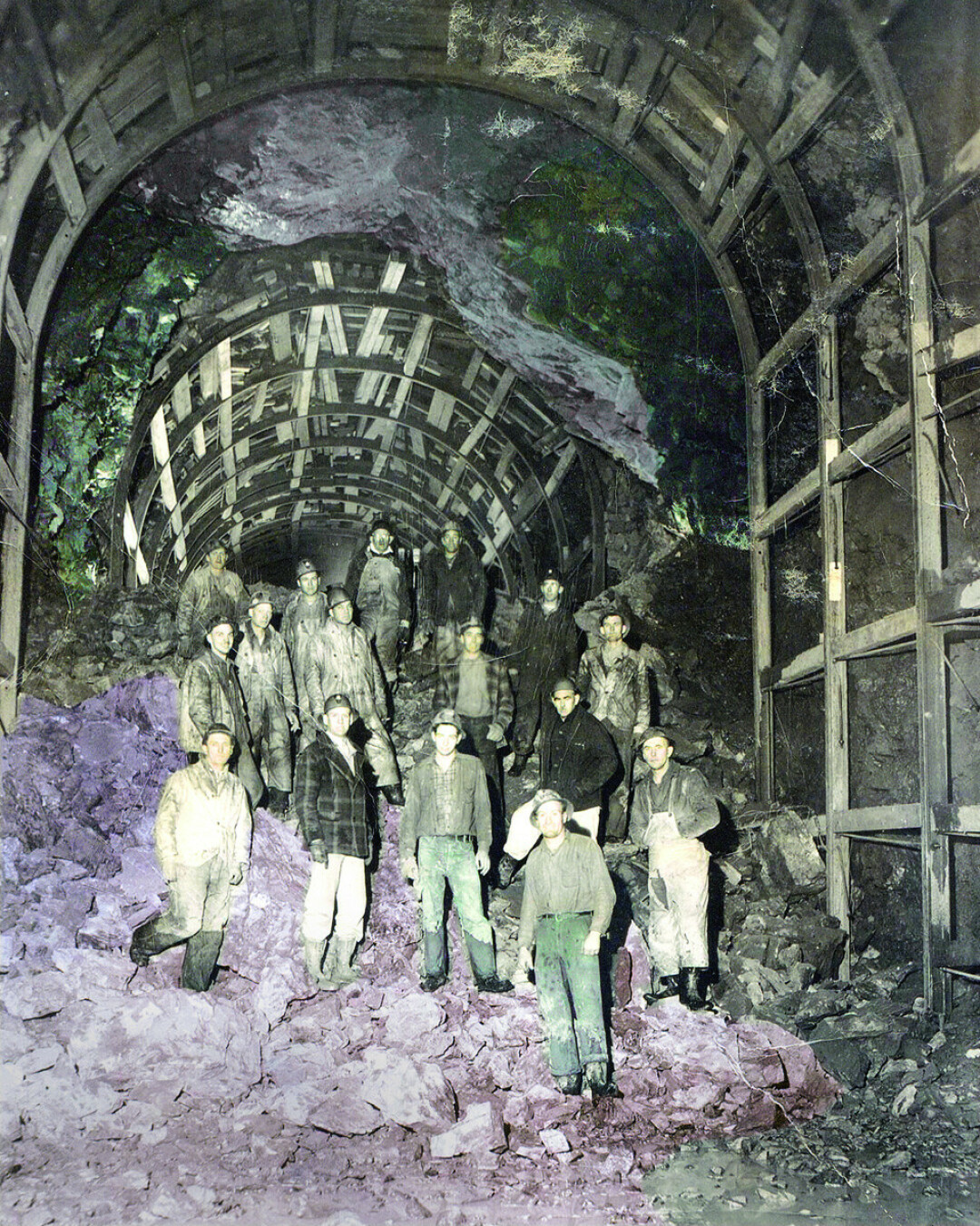 Work on both the east and west ends of the new tunnel began in earnest in early 1882, with a goal of meeting in the middle. Construction crews ran into difficulties early on, as soft clay dirt and plentiful streams and springs in the area led to frustrating slides and cave-ins during tunnel approach excavation. Eventually, a sluicing system was devised, which assisted crews in clearing landslides and excess earth. Gradually, progress sped up as workers reached the more stable rock base.

In his annual report for the Northern Pacific Railroad Company, written on July 6, 1882, lead engineer Dodge noted the progress of his division of the project, which included not only the Bozeman Tunnel but also the Mullan Tunnel (west of Helena). Dodge penned the following: “Owing to very wet weather at the Bozeman Tunnel, the progress in the approaches has been very slow, but the rainy season being about over, better progress may be expected and the West approach is likely to be completed in August and the East one in September.”

Rock blasting and removal came next, using black powder. Dirt and debris were cleared by mule carts. As the tunnel lengthened, a wooden framework was added to the interior. Wooden support beams were necessary for safety and stability, but this material would later play a role in a major disaster.

Despite Dodge’s enthusiasm and optimism for the project, building a railroad track through a mountain took time. A temporary above-ground track was constructed in tandem with work on the tunnel in order to complete the transcontinental line faster. This temporary track, located north of the tunnel near Quinn Creek, had a steep grade of about 220 feet per mile. 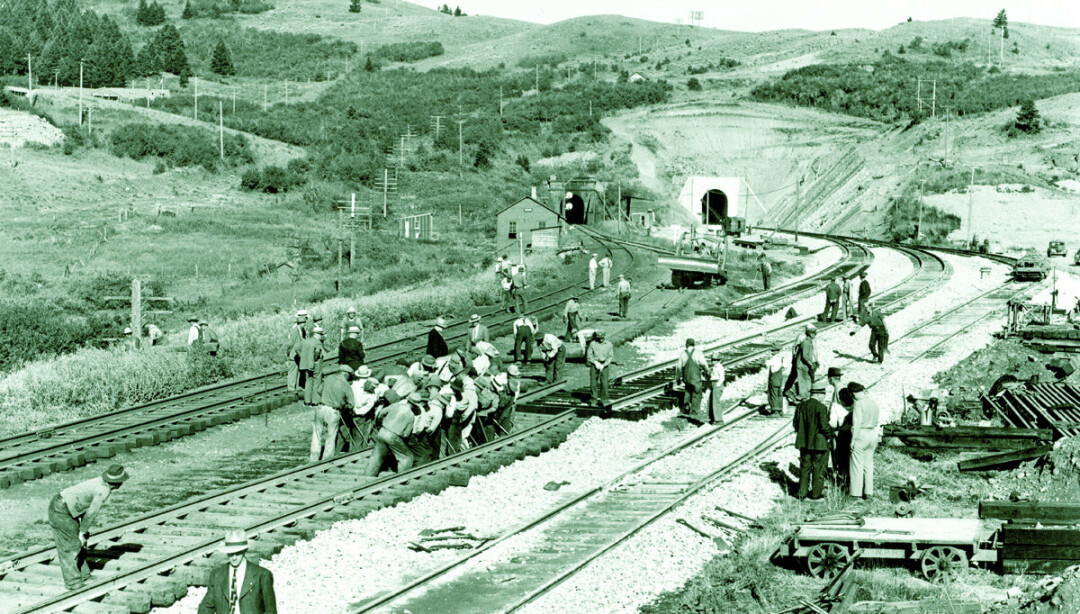 By June 1883, Dodge was able to report that a great deal of progress had been made on the temporary track above ground. In this report, Dodge commented that “by constant and persevering effort through the winter, going round Jones Cut and over Bozeman Tunnel, it reached Bozeman on the 14th of March…” Construction on this temporary track began in October 1882 and was completed four months later.

Tunnel work had also progressed over the winter of 1882-1883. According to Dodge, 1,266 feet had been excavated from the east end and 641 feet from the west end, which added up to more than half the total distance. The plan was to continue excavating the remaining 1,703 feet from each end and meet in the middle. Dodge estimated another six months of work lay ahead, although his tone was positive. He concluded the report by saying “the progress of the work has more than equaled my expectations.”

Nearly a year after the project started, on December 22, 1883, crews on the east and west ends of the tunnel finally met, and daylight passed through the mountain for the first time. Once the bore was complete, tunnel wall and track work progressed swiftly and the first train steamed through on January 20, 1884. The tunnel, sixteen feet wide and nearly twenty feet high, reduced the total elevation of the route through the pass by about 300 feet and brought the elevation grade within the desired Northern Pacific limits.

One of the biggest disasters in the tunnel’s history occurred on September 13, 1895. A fire was discovered burning inside, assumed to have been started by a passing engine. When officials determined fire crews from Bozeman could not extinguish the blaze, each end of the tunnel was closed in the hopes of suffocating the fire. On September 21, the Avant Courier reported that sealing the tunnel to deprive the fire of oxygen had failed, and the inferno was still raging. The tunnel ends were reopened and crews began blasting the fire with water, which also had no effect.

Part of the problem proved to be the significant amount of timber used in the construction of the tunnel’s interior. A Bozeman Chronicle article from September 1895 explained “the fire continued to eat its way into the timbers with which the tunnel is lined and the thousands of cords of wood with which holes have been filled.” Several attempts to stop the fire failed, including one dangerous mission undertaken by “men with sponges tied to their faces, who tried to battle their way into the flames.” Poison gasses incapacitated the brave crew, and an article in the September 26, 1895 Bozeman Chronicle reported that the men were dragged to safety.

Eventually, the Northern Pacific Railroad Company abandoned efforts to fight the fire. All they could do was wait and let the fire die naturally. To get rail traffic moving again, an above-ground track was once again installed and the Courier was pleased to report that “trains are now passing regularly over it with but little loss of time, although it requires considerable extra power, especially in the hauling of heavy freight trains.”

It was nearly a year before the rubble inside the damaged tunnel was cleared, re-boring operations were completed, and the tunnel reopened. The first train to pass through the tunnel after the fire chugged through on July 1, 1896, though restoration work was only partially finished. In August 1896, labor commenced on the new walls and arched roof. According to a Bozeman Chronicle article on December 9, 1897, the walls were formed from rough concrete and the ceiling arch with thick brick. This repair lasted for the next fifty years. 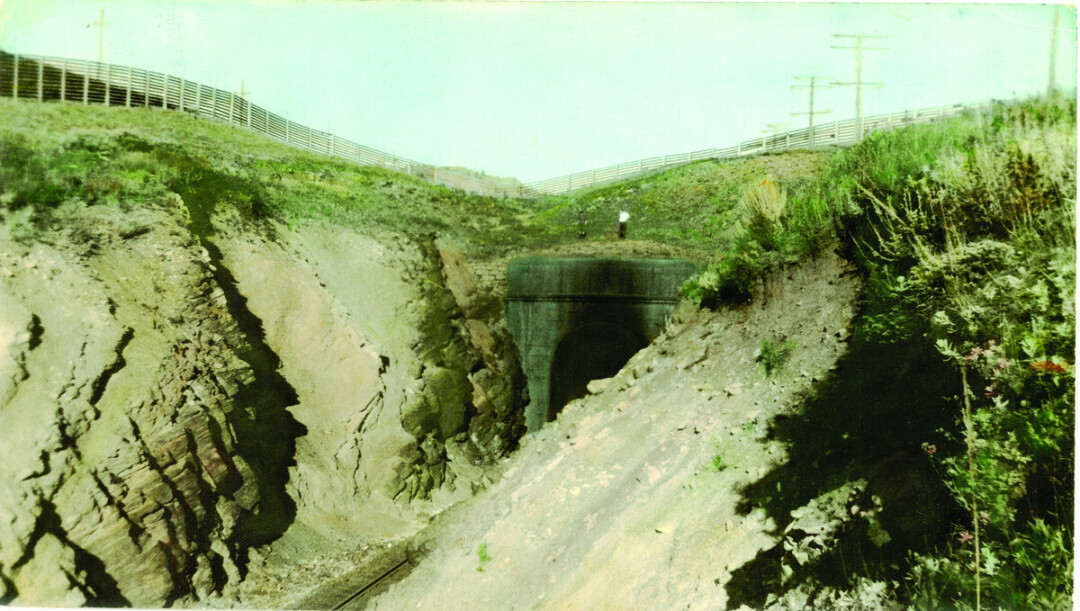 In the early 1940s, after countless rumbling trains and a destructive inferno, the original Bozeman Tunnel began to show its age. Larger diesel engines were replacing early steam locomotives, making the antiquated passage a tight fit for modern trains. In late 1943, work began on a second replacement tunnel, constructed 100 feet north of the original 1884 passage. This new tunnel was to be shorter and have a gentler grade than its older sister. After initial ground clearing, boring began in early 1944.

On March 10, the Bozeman Courier reported that boring on the eastern end of the tunnel had progressed to 65 feet. Tunnel boring had not yet begun on the west side, as officials determined the existing highway would need to be rerouted before work could commence at that end. The article assured readers that the contractor, the Boespflug Company, was committed to the safety of the work crew. Steps were taken to provide all possible precautions and training, and workers could attend weekly meetings and make suggestions for improvements. Despite the effort at safety, a local man named Roy Kramer was killed, and at least two other workers were injured in early March 1944, after an accident with explosives.

A progress update was printed in the Bozeman Courier on August 11, 1944. The construction method for this new passage was similar to the plan used sixty years earlier and involved a longer bore from the east end meeting a shorter bore from the west side. According to the Courier, the boring process consisted of at least one “shooting” every 24 hours. Drills first created dozens of 14-foot angled holes in the rock wall, in which dynamite was placed. The dynamite was rigged to explode at different times, beginning with the explosives in the center. The Courier article estimated that twelve linear feet of rock was removed with each “shooting.” Once the explosions ended, trucks backed in to the tunnel and crews used an electric shovel to pick up the debris and load it into waiting vehicles.

Next, the tunnel lining was constructed using recycled track rails bent to follow the shape of the tunnel. Concrete reinforcement of the new tunnel progressed using cement from a mixer built nearby in Rocky Canyon. Crews used a pipeline, a second mixing station and air pressure to pump cement into the tunnel and into forms. Instead of the exposed flammable wooden supports that reinforced the first Bozeman Tunnel in the 1880s, the new tunnel had smooth concrete walls and an arched ceiling. It measured eighteen feet wide and twenty four feet tall.

On Saturday, July 28, 1945, the last train passed through the old Northern Pacific tunnel completed in 1884. Crews at both the east and west ends moved the track to connect to the new tunnel, and by afternoon, normal train traffic on the N.P. line over Bozeman Pass resumed. Today, trains still rumble, mostly unnoticed, beneath I-90 through the Bozeman Tunnel.