Embracing the full depth and meaning of the Advent and Christmas season, Storyhill’s acoustic album Bethlehem (2020) leans into the message of hope for a more peaceful world. A concert intent on bringing the spirit of the season to audiences of all ages, Storyhill’s holiday show, Wednesday, December 8, 7:30 pm at The Ellen Theatre17 W. Main Street, Bozeman, will include reimagined Christmas classics, seasonal songs and originals from their 30+ years of writing and performing together--all stitched together with their signature harmonies and a string section featuring cellist Heidi Nagel (Trebelle Piano Trio) and Jenny Hermanson, a chamber musician in the Seattle area.

Storyhill’s Chris Cunningham and John Hermanson started working on Bethlehem in 2019 when they were touring behind their 30th anniversary release Where to Begin. They were in Chris’ living room in Bozeman, Montana on the first day of summer woodshedding parts to “Lo, How a Rose Is Blooming” when, as if on cue, dark clouds came rolling over the mountains releasing a flurry of snow that covered the green grass and dandelions in the yard. Two inches had fallen by the time they finished their arrangement of the hymn. From that auspicious beginning, the duo continued to write new songs and rework familiar holiday favorites like “It Came Upon the Midnight Clear,” for which they crafted a new melody. 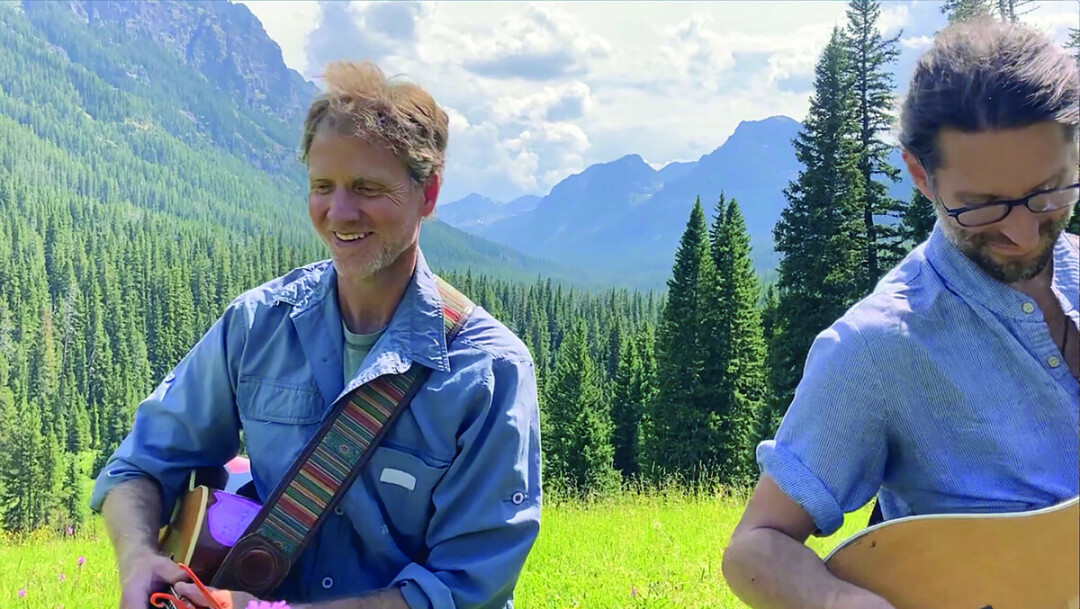 “We wanted to make a record that added something new to the conversation about the Christmas story--a vision that flips the narrative of this world and makes the first last, the last first and lifts up the lowly among us,” John says. “We wanted to explore the story of a poor refugee, born in a manger, because no one would take him in.”

These themes became increasingly relevant as their touring came to an abrupt halt in March 2020 with the onset of the pandemic. During that time they worked remotely with Chris in Bozeman and John in St. Paul, Minnesota. When it was safe, John drove his 1970 VW bus out to Montana for some extended recording sessions, parking his camper in Chris’ backyard next to the chicken coop.

Although both experienced engineers who have produced countless projects for other artists, Chris and John had never produced their own Storyhill albums without additional producers and engineers. Making Bethlehem provided a unique opportunity to capture themselves at their best, recording all but two tracks at Chris’s studio Basecamp Recording. “We gave ourselves the time and space to find our natural rhythm for performing these songs to our highest potential,” Chris says. “It was liberating being the only two cooks in the kitchen--free from the clocks and distractions of others.” The originals “Could It Be” and “The New Colossus” (adapted from the Emma Lazarus poem) were recorded at Sacred Heart in Duluth--a spacious cathedral-turned-music center that lends an ethereal quality to these reverent songs. Adding just the right amount of extra ornamentation and dimension to the record are a few of their favorite musicians--Tom Murphy (mandolins), Heidi Nagel (cello), Mike Parsons (upright bass, fiddle, banjo), and Mai Bloomfield and Marcie Lovgren (background vocals).

Centered solidly around Chris and John’s acoustic guitar work and unearthly brotherly harmonies, Bethlehem is sure to delight Storyhill fans and become a Christmas folk classic, providing an oasis of peace and calm in a time when we need it most.
STORYHILL is a modern folk duo that brings brotherly harmonies, infectious melodies and smart story songs together in one perfect package. Their beautiful music and passionate performances have won them much critical acclaim and devoted fans (“Hill Heads”) all over the country. Celebrating over 30 years of playing together, members Chris Cunningham and John Hermanson breathe and play as one unit, showing why Billboard and the Austin Chronicle have likened them to the great songwriting duos of our time--Simon & Garfunkel, the Indigo Girls, The Everly Brothers and The Jayhawks’ Gary Louris & Mark Olson. They have charted on Billboard and have been favorites on national radio shows like Mountain Stage and A Prairie Home Companion.

Chris and John started performing together as teenagers, while living in Bozeman, Montana. Both were musical from the get-go, singing with choirs and playing in bands. Although their 7thgrade world geography class is what ostensibly brought them together, it was their musical passions that made them close friends and lifelong musical collaborators. They recorded their first tape as Chris and Johnny in 1989, upon graduating from high school. Although they then temporarily parted ways—Chris going to Spain and John to Minnesota for college—they continued to play music, reuniting at St. Olaf College. After graduating in 1993, they toured the country full-time for four years--recording as independent artists and selling more than 50,000 records. Although Chris and John, or Storyhill as they were now known, were at the pinnacle of their career, they were exhausted from the travel and finding themselves pulled in different directions. They decided to call it quits. Chris went west and eventually settled down back in Bozeman while John moved to Norway and then back to Minneapolis. They each started families, built their own recording studios and worked on separate musical projects.

Storyhill fans continued to clamor for more, so in 2001 Chris and John played a few sold-out reunion shows in Minnesota and Montana. Discovering the old chemistry was still there along with some new creative energy, they reformed Storyhill and fully committed themselves to touring and recording as a duo. They enlisted the help of rock/pop songwriter and Grammy winner Dan Wilson (Semisonic, Dixie Chicks, Trip Shakespeare) to produce Storyhill’s next album, their first to be released on independent roots label Red House Records. The album, simply named Storyhill, was a return to the basics that had made the duo so popular—strong melodic songs. While the album was largely acoustic, Wilson added some extra instrumentation while noted drummer Eric Fawcett (N.E.R.D., Mike Doughty, Spymob) rounded out the Americana sound. Released in 2007, Storyhill received rave reviews and was selected as the Best CD of the Year by the Indie Acoustic Project. They also went on to win the prestigious Kerrville New Folk Songwriting Contest, which launched such acclaimed songwriters as John Gorka, Robert Earl Keen and James McMurtry.

After recording two critically acclaimed albums on Red House, the duo decided to take an open-ended hiatus to reflect and recharge, focus on their families and work on some of their individual projects. Chris continued producing records for other artists out of his studio, Basecamp Recording while releasing solo recordings and playing periodically with select local players. John also released two solo albums and founded a music production company called Egg Music.

Meanwhile that magical spark, born out of years of writing, recording and performing together, continued to burn brightly. Inspired by their sold-out 30th Anniversary shows and the old material that they relearned for the tour, Chris and John are back at it with renewed energy, releasing two new albums in the last year--Where to Begin and their holiday album Bethlehem. And now, Storyhill is working on a new album set to come out in 2022.