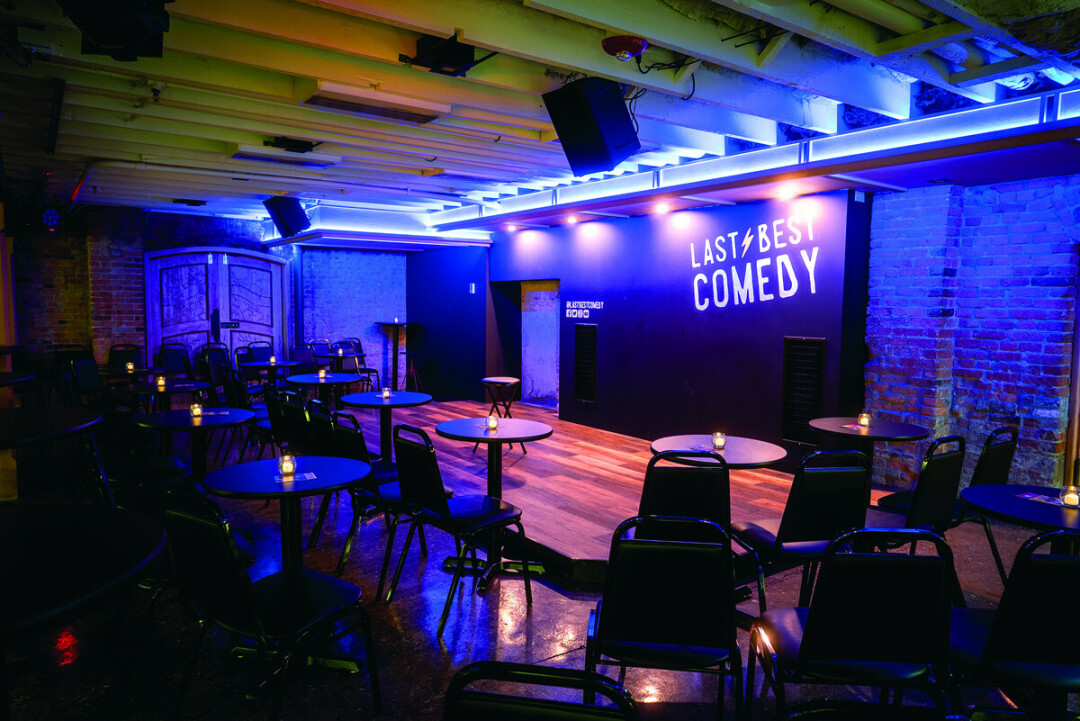 This September, the former Colonel Blacks nightclub in downtown Bozeman became Last Best Comedy—the very first club devoted to comedy in Montana’s history. Comedians Molly Hannan, Annie O‘Connor, and Levin O’Connor felt it was time that Montana got a taste of the same style of comedy clubs so popular in other parts of the world. Having figured out how to make a living on the improv stages of Chicago and Los Angeles, in 2018 the O’Connors moved to Bozeman, a booming town in a state that had comedians performing in bars, restaurants, and at special events, but which had no comedy club anywhere in the state. They soon connected with Molly Hannan—performer, improv teacher, and board member at the Verge Theatre. The trio quickly realized their common interests in creating comedy. Together, they decided to formally introduce to Bozeman a club specifically for comedy, and the Last Best Comedy club was born.

LBC offers standup and improv comedy Tuesday through Saturday. In standup comedy, comedians perform set routines that are memorized and rehearsed, not unlike a musical band that performs sets of songs. Improvisational comedy is just that: comedians get on stage without any idea what they are going to say or do, and improvise on the go, basing their humor on audience reactions and their own gut instincts about what works and what might not work. Improv depends on collaboration; standup is a lonely sport. Levin O’Connor notes that improv cannot, by definition, be repetitive. Each time you get on stage to perform, it’s different. You are making up a new routine for every performance, bringing fresh material to audiences each time you appear on stage. 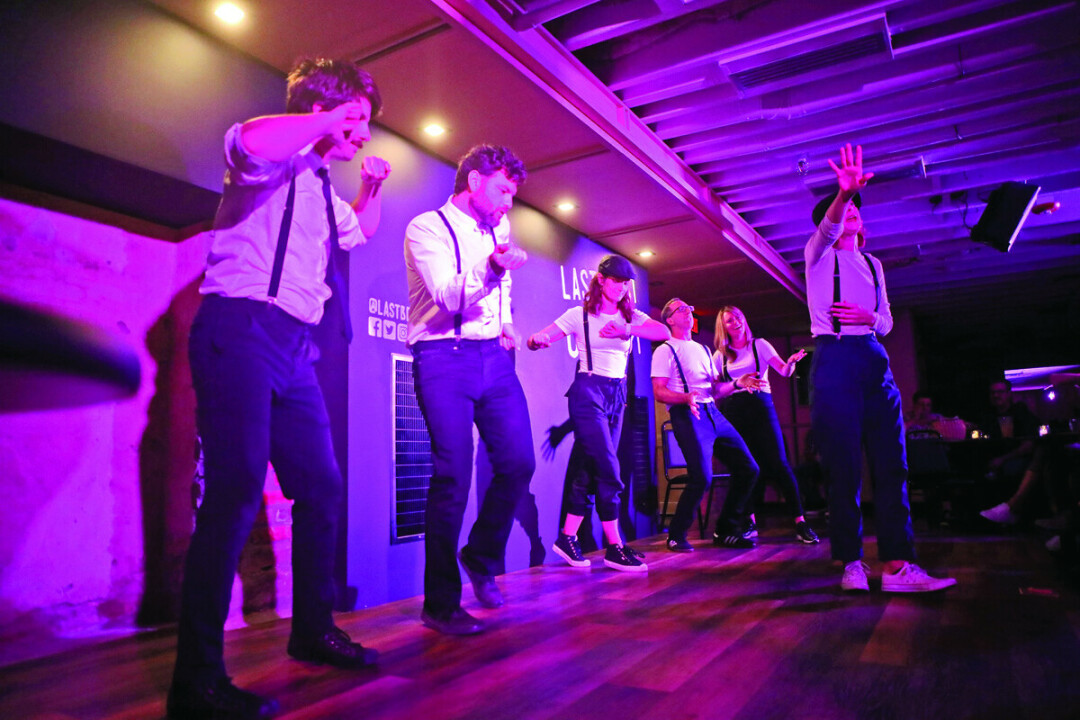 Standup comedy has been around for a long time. In the early 19th-century, minstrel shows would often have comedians stand up in the middle of a production and deliver short jokes and funny anecdotes, with punchlines delivered by other actors from the sidelines. This evolved into Vaudeville-style productions as the 19th century matured. From 1890 until 1930, Vaudeville reigned supreme as a form of comedy on America’s stages in opera halls, auditoriums, and saloons. In the 1930s, cowboy humorist Will Rogers typified a new kind of comedic artist, one who commanded the stage as a solo act, delivering funny monologues—and quickly driving Vaudeville into retirement. Artists like Rogers inspired new comedians who became household names in the 1960s and ‘70s, including Bob Hope, Lenny Bruce, and Johnny Carson, just to name a few.

By 1979, standup comedy clubs as we know them today (and as you can experience at LBC!) opened in England, and quickly spread to the United States, where many alternative comedy stars of the 1980s got their start. Names such as Jerry Seinfeld, Chris Rock, and Adam Sandler remind us of these great years of early comedy clubs.

Having been inspired and taught by those who created these earlier comedy clubs, LBC’s Levin O’Connor builds upon tradition, and exemplifies many of the comedians performing across the country today. Shy and slightly introverted by nature, he says he ‘fell backward into improv’ in the winter of 2002. After taking a class in improv in Chicago, one class led to another, and soon he realized that mastering improv led him to feel better about himself. Now, considering communication and humor to be vehicles that can change the world, Levin performs regularly on the LBC stage, bringing gales of laughter to audiences with his improv work. 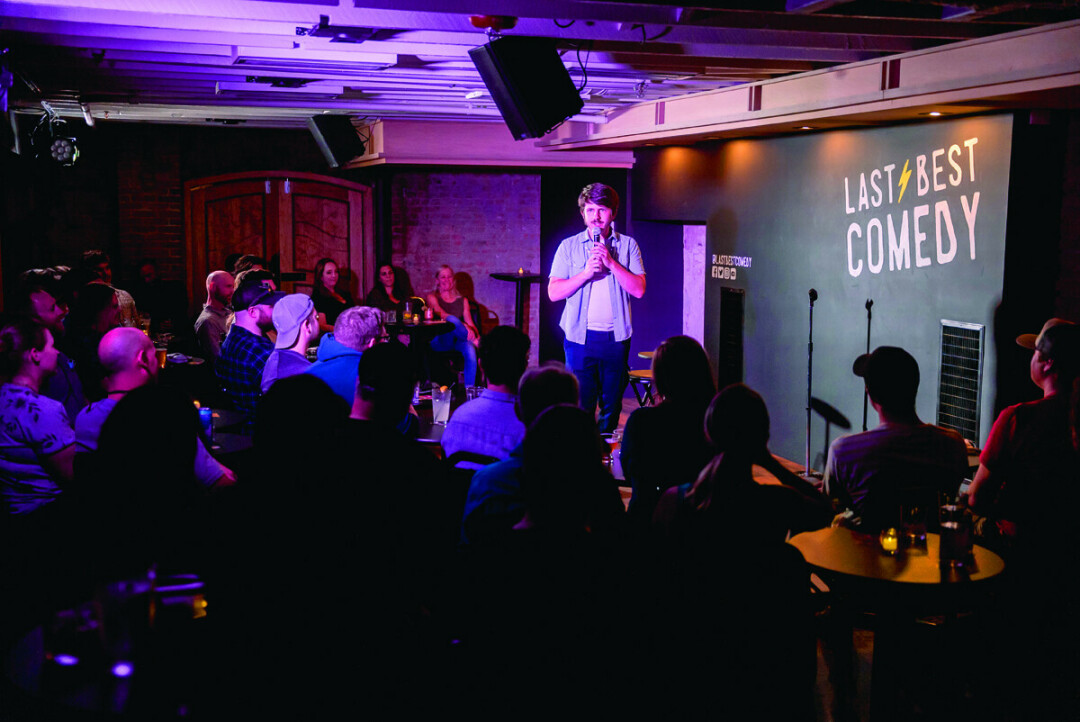 Garrison Choitz is the Artistic Director for standup comedy at Last Best Comedy, booking touring comedy troupes and scheduling local and regional talent. Choitz is one of several LBC in-house comedians, appearing regularly on the LBC stage. He became hooked on standup comedy in a roundabout way. While seeking a degree in filmmaking at MSU’s School of Film and Photography, Choitz started making small, humorous YouTube video sketches with friends. Finding great pleasure and a bit of a following of his work, he turned that creative energy into live performances. In 2014, he attended an open mic night at the Eagles club, and by the time he finished his few minutes of fun, he was hooked on comedy for life. Choitz is working up a new comedy routine that he hopes to bring to the LBC stage: An episodic Sci-Fi serial along the lines of Starship Enterprise. He feels there is potential for a continuing storyline that involves an audience “sitting in the bridge of the Starship Enterprise while insane Sci-Fi shenanigans erupt all around them.”

In addition to providing laughs, LBC holds classes in improv and standup comedy for the general public. Participants are taught how to deliver lines that can bring laughter, and in the process build self-confidence. Corporate training has also become a very popular offering, as many businesses find that exposing their employees to Improv training greatly enhances a company’s communication skills. Levin O’Connor says that the fastest-growing segment of comedy clubs’ growth over the last few years has been in providing Improv skills to corporate America.

While LBC has its own standup and improv troupes that perform regularly, they also engage nationally known comedians and comedy troupes to perform on the LBC’s stage. In much the same way as touring bands, comedy troupes often tour the country, going from comedy club to comedy club, attracting their own followers. These troupes have their own brand, their own humor, their own web pages, and release new material on social media, just like a band. 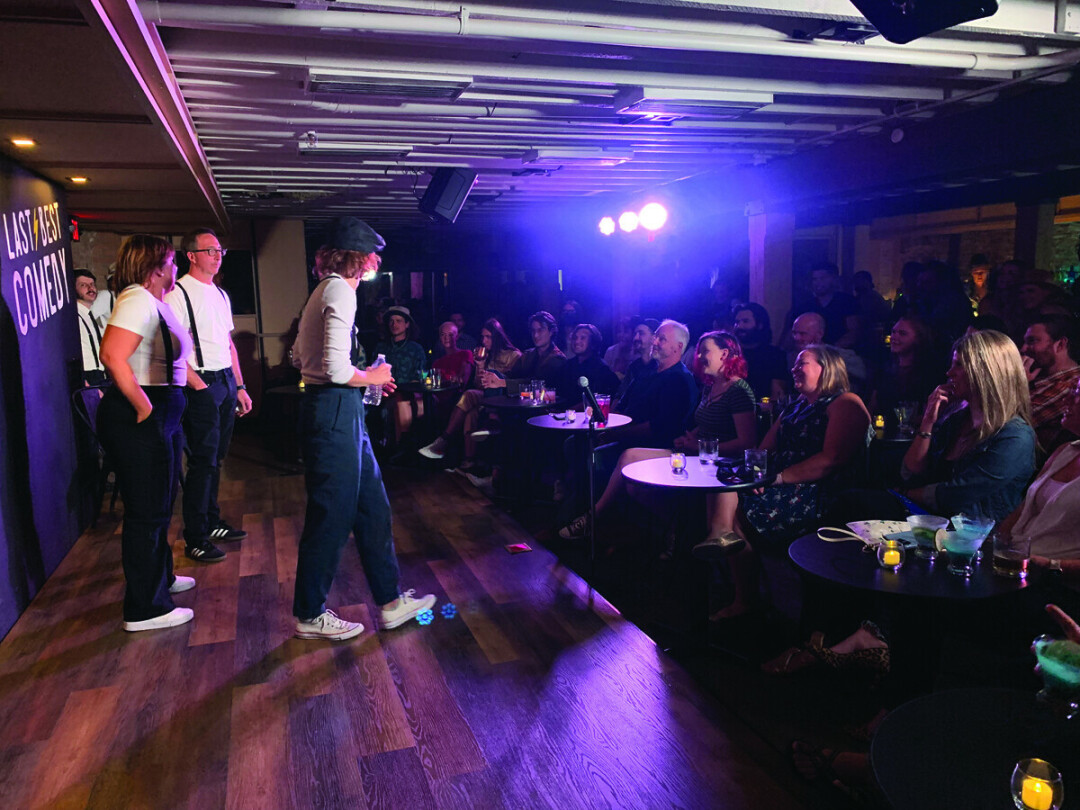 The LBC’s bar is an extension of the creative energy that occurs on stage. Bar manager and mixologist Sara-Paule Koeller creates new drink specials each day, inspired by each night’s comedy themes. Using new combinations of spirits, botanicals, and condiments, she can recreate ghoulish-themed drinks for Halloween, Holiday-based drinks, and unusual combinations that give theatergoers extra incentive to understand that evening’s shows. Please note—the people working behind the bar in this club are not bartenders, but mixologists—artists who turn their creative talents toward the art of creating fascinating drinks inspired by each evening’s performances.

Enjoy comedy at the Last Best Comedy Tuesday through Saturday nights, starting at 7 pm. Every Tuesday night is Open Mic at 8:00 pm. For more information about who is performing on other nights, and to purchase tickets, visit www.lastbestcomedy.com; email  hello@lastbestcomedy.com, or call 406.219.8841. They are located at 321 East Main Street (where Colonel Blacks Pub used to be). The entrance is off the alley and down the outside stairway.