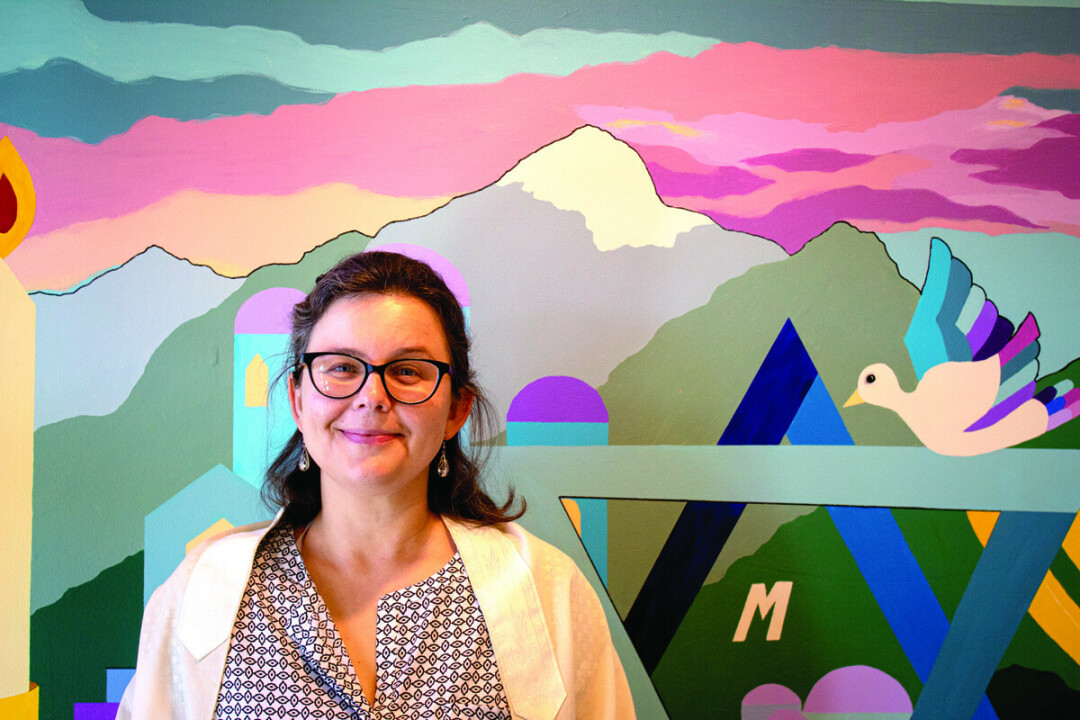 As Congregation Beth Shalom’s new rabbi, I am excited to be the sixth rabbi in the short but sweet history of Beth Shalom, the Jewish Reform congregation in the heart of Bozeman. The congregation is housed in a little mint-green building on Koch Street. With Aspen trees in front and the Ten Commandments over the entrance, you would not guess that the building formerly housed a daycare and office spaces. It looks like a typical small synagogue in a rural area—and this is exactly what it is! The building has everything a synagogue needs: a Torah ark with Torah scrolls, a little library and a large kitchen, a dining room in which to eat and study, a beautiful sanctuary, offices, and classrooms.

Due to COVID, the synagogue building was very quiet over the past year; no one but the administrator, the cantorial soloist, and three mice (they’ve since moved out), had entered the building in a long time. Now, the synagogue is again brimming with life: Kids attend Religious School, adults come to Torah study, and the entire congregation gathers for Shabbat, for festivals, for naming babies, and for Bar Mitzvah services. Synagogue buildings are not intended to be sacred spaces by themselves, but they host something that is very sacred to this community: The Torah scrolls, from which Jews read on Shabbat and holidays. Close to the Torah ark, we have a wall that I call the “Wall of memory.” On this wall, we have plaques with the names of parents, siblings, friends, partners, and sometimes children of our members. Over the last months, when meeting many of my new congregants for the first time for walks, coffee, tea, or just a hug, some of them stopped next to the wall and showed me the names of the people they loved. The wall holds a lot of sweet memories, and great pain. Next to every name, there is a little light that we switch on during the month of their death. 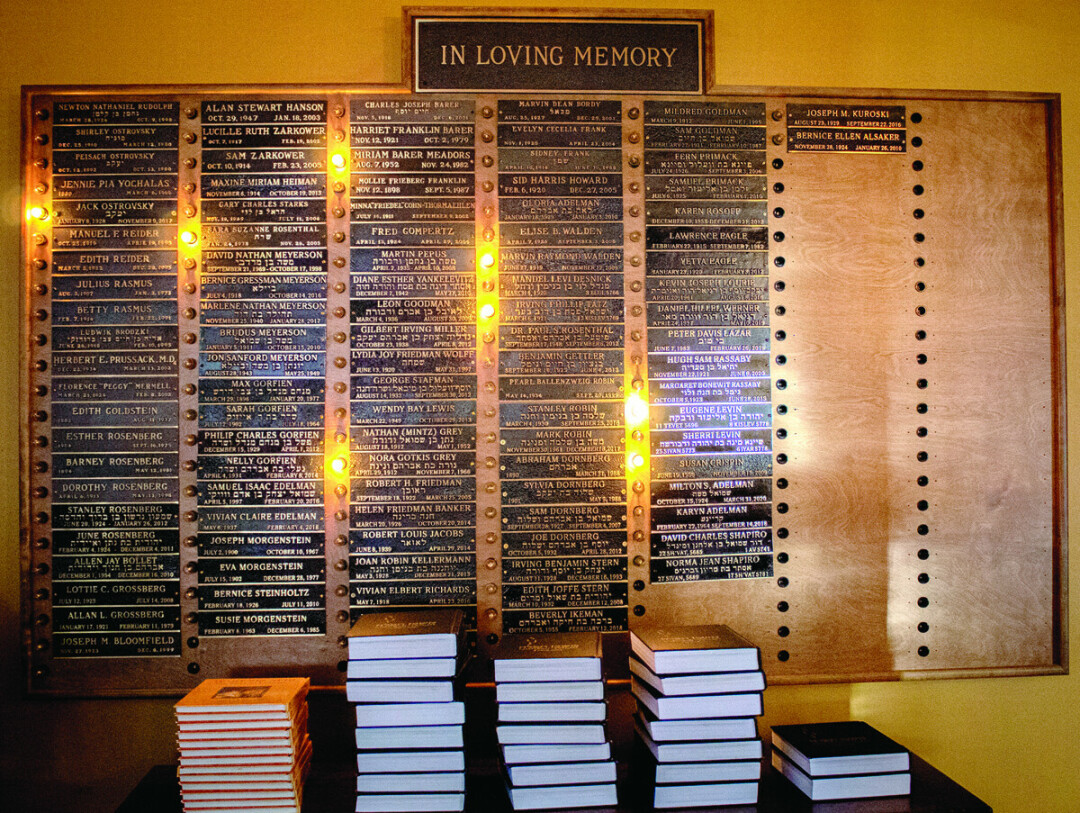 Around the same time as Christmas, Jews all around the world celebrate Chanukah, “The Festival of Light.” At first sight, the Festival honors a miracle said to have taken place in the second century, BCE. After years of foreign worship in the Temple in Jerusalem, a Jewish group called ‘the Hasmonaens’ was able to re-conquer Jerusalem from Antiochus IV, the King of Syria (also known as “The Insane”). Under Antiochus, Greek culture had begun to dominate the region, and many Jews had left the traditional path of their forefathers. Once that sacred place was again in Jewish hands, they had to purify and rededicate it. They tried their best, but the process took them eight entire days—and miraculously, a small vessel of pure oil (the only one left in the halls of the Temple) kept burning for the eight days until they were able to refill it.

The symbolism of the burning flames, increasing from one to eight candles over the eight days of Chanukah, is more complex than just a reminder of that ancient military victory. It also functions as a powerful symbol for Jewish pride, and the ability to continue to nourish Jewish traditions.

Here in Bozeman, the Jewish community lives as a small minority in a mostly Christian state. Many members of the congregation are married to non-Jewish partners. And yet, the Religious School is up and running. This is in part because Jews have learned how to stay faithful to the beliefs and traditions of their ancestors, no matter where they live. Since this subject might interest not just Jews, but anyone who wants to stay faithful to where they came from, I’d like to share the Jewish recipe for pride, love, and celebration.

EAT, EAT, EAT. Many Jewish Holidays, from Chanukah to Passover, have special culinary holiday traditions: Fried food for Chanukah (because of the oily miracle, dah!); fresh, bitter, and sweet vegetables for Passover in the spring; dairy richness for the holiday of Torah-giving in the early summer, when milk is abundant in farmers’ lands, and apples and honey for the New Year in early fall. Every time a meal is shared, people come together, share memories, dishes, and time, which creates a powerful sense of belonging. 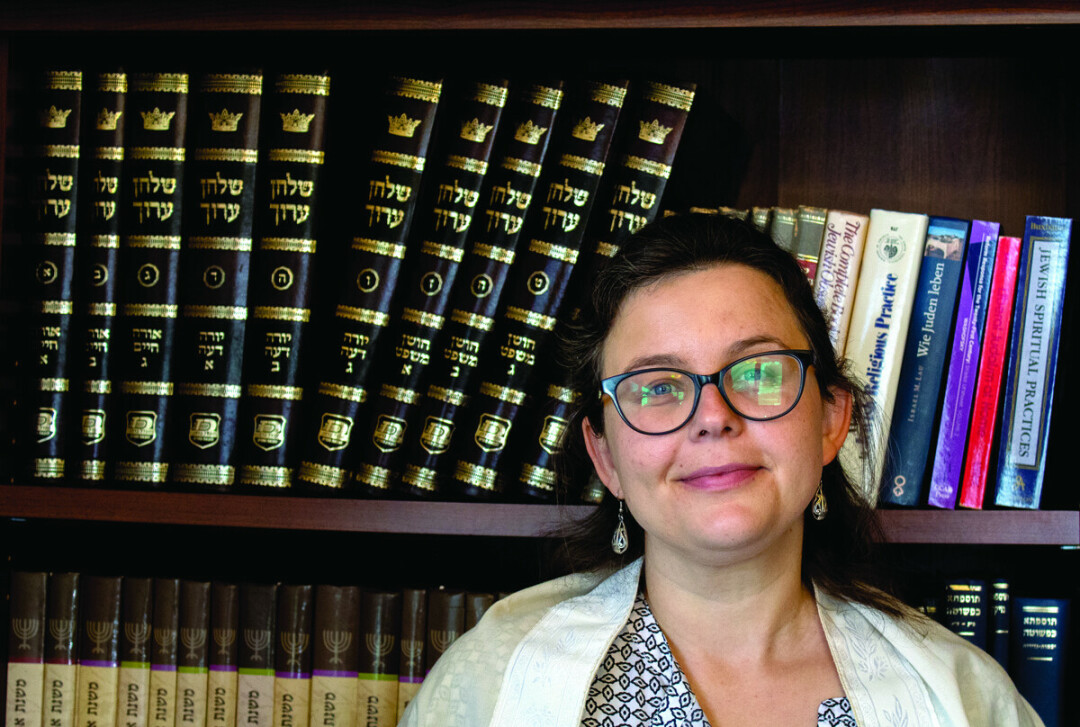 READ, READ, READ. Whenever Jews celebrate a holiday, from the weekly Shabbat to New Year’s, they read from the Torah, and sometimes from additional biblical books. In the synagogue, but also around the table (yes, more eating), Jews read the Five Books of Moses, the Book of Esther for Purim, and the Song of Songs, the biblical love song, on Passover. And then they read more! Jewish laws, Jewish philosophy, Jewish mysticism, Jewish history, Jewish children’s books, and Jewish poetry—“there is no end to [Jewish] bookmaking” (Ecclesiastes 12:12)—and they love it this way! With a large body of shared stories and ideas, you never run out of things to talk about!

DO, DO, DO. Like most other Jewish communities, Congregation Beth Shalom is a Caring Committee, and a Tikun Olam (“Repair the World”) Initiative. Members of Beth Shalom prepare meals for one another when others are ill, have newborns, or move to town; they check in with each other, and they give back to the broader Bozeman community by volunteering at Fork and Spoon and Family Promise. If you stick together to help each other, and if you spend time together in helping others, you will return home with a sense of wholeness, and pride in a tradition that teaches you to care, to love your neighbor, and to contribute to the community you live in.

And so, this year, when Jews in Montana light the first Chanukah candle on December 28, and the last ones on December 5, the Jewish fires burn from Whitefish to Bozeman, and from Billings to Butte. In every Jewish home, there will be donuts and fried potato latkes, schmaltzy Chanukah songs, Chanukah presents (not a Jewish tradition, but a good one we learned from our neighbors), and lots and lots of Jewish stories—from the second century to the story about grandfather Joseph.