Every Montana Restaurant That Has Been Featured on Food Network 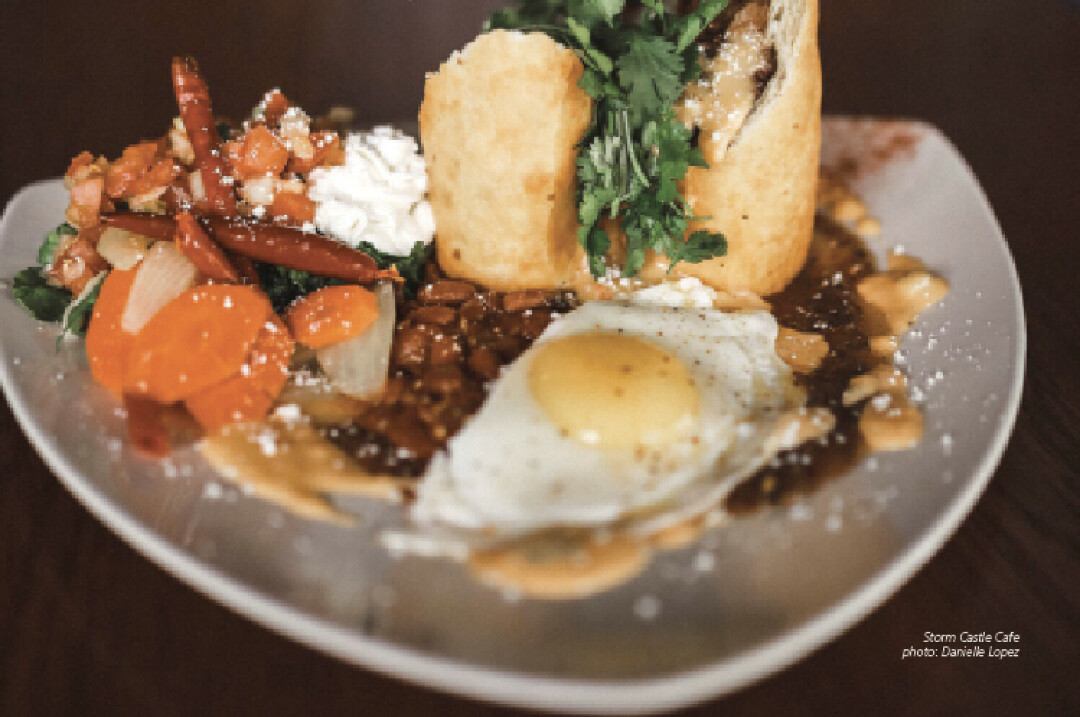 If you love great food, Montana is a great place to live. Throughout the state, there are many restaurants that have been featured on a variety of different shows on Food Network.

Guy Fieri featured two Bozeman restaurants, Storm Castle Cafe and Roost Fried Chicken, on Diners, Drive-Ins, and Dives in 2018. Many Bozeman restaurants and businesses have been featured on Food Network throughout the years. Bequet Confections and Sweet Pea Bakery have also been put in the national spotlight. Restaurants in Montana have also been featured on shows such as Road Tasted With the Neelys, Off the Eaten Path, and I Hart Food. Montana is home to a lot of great restaurants. Wherever you are in the state, you’re guaranteed to find a restaurant that serves amazing food.

Whether you’re into rustic diners of high-end cuisine, Montana has something for everyone. Restaurants in Bozeman, Billings, Missoula, Great Falls, Bigfork, and many other places have been featured on Food Network in the past.

If you watch Food Network, you may have seen restaurants in Montana featured on some of the programs mentioned above. You might even find a new place to try on your next family road trip.

Here’s a list of every Montana restaurant and business that has been featured on Food Network:

Amaltheia Organic Dairy
Amaltheia Organic Dairy is a family owned and operated Certified Organic Goat Dairy in Belgrade, MT at 3380 Penwell Bridge Road. They make awesome goat cheeses, organic whey-fed pork, and compost all manures for excellent garden soil. The dairy was featured on Montana: Big Taste in Sky Country, an episode of Road Tasted With the Neelys on Food Network. Stop by for some samples the next time you’re in the area!

Burger Bob’s
Burger Bob’s first opened in downtown Bozeman in 1995, and is now considered a local landmark. The restaurant is filled will Montana State Bobcat memorabilia, and serves delicious burgers. On Facebook, Burger Bob’s describes itself as a semi-classy eating establishment with dishwater coffee & questionable atmosphere.

Burns St. Bistro
The Burns St. Bistro in Missoula, Montana was featured on an episode of I Hart Food in 2017. The bistro is open for weekday breakfasts, lunches, and weekend brunches.

Cateye Cafe
The Cateye Cafe in Bozeman is open for breakfast and lunch every day of the week except for Wednesday. The Cateye Cafe is known for being one of the best breakfast burritos in Bozeman. The food is excellent, and the restaurant is very popular amongst locals.

Roost Fried Chicken
Roost Fried Chicken was featured on Guy Fieri’s Diners. Drive-Ins, and Dives in 2018. The restaurant is located in Bozeman, Montana and offers delicious traditional Southern food with a twist.

Storm Castle Cafe
The Storm Castle Cafe in Bozeman, Montana was featured on Diner, Drive-Ins, and Dives with Guy Fieri in 2018. One of the menu items that impressed Guy the most was the Monte Cristo, which uses ham raised at the family farm. “This is next level,” said Guy. “This is a destination dish.”

Sweet Pea Bakery
Sweet Pea Bakery is Bozeman, Montana was featured on an episode of Food Network’s “Road Tasted With the Neelys.” Sweet Pea Bakery makes Bozeman’s favorite cakes, cupcakes, desserts, and baked goods. Everything is made from scratch at their bakery in Bozeman.

Sweet Peaks Ice Cream
Sweet Peaks Ice Cream may not technically be a restaurant, but the business has been featured on Food Network. Sweet Peaks Ice Cream is family run company that makes ice cream, sorbet and delicious treats in the beautiful Rocky Mountains of Montana. In Montana, they have locations in Missoula, Whitefish, Kalispell, and Bozeman. There is also a location in Spokane, Washington.

Missoula Club
The Missoula Club was featured on an episode of I Hart Food on Food Network. The burgers at the Missoula Club are considered some of the best in the city. Next time you’re in Missoula, check them out at 139 W. Main St.

The Staggering Ox
The Staggering OX has been serving up the highest quality sandwiches, salads, and soups to Montanans for over the past twenty years. The first location was in Missoula, and the restaurant has expanded to Helena, Billings, and Butte.

Two Sisters Cafe
Two Sisters Cafe is located on the east side of Glacier National park in the small town of Babb, Montana. On the menu, you’ll find rainbow trout, bison steaks, huckleberry pie, and other locally sourced, hand-made fare.

Jesse James is the Brand Manager for MY 103.5 FM, tune-in Mid-days.