In the nearly 9 years since their origins in early 2012, Midnight North has established itself as a mainstay on stages in both the Bay Area roots music scene and on the nationwide touring circuit. They have opened for acts like Phil Lesh, the Infamous Stringdusters, Twiddle, & Jackie Greene, played festival stages across the country, and they have welcomed the likes of Bob Weir, Luther Dickinson, Karl Denson, Eric Krasno, & Nicki Bluhm to join them onstage.

Ken Thorsen: All right, I’m joined by Grahame Lesh today. Midnight, North, co-founder. How are you?

KT: Happy to be talking to you, too, Grahame.

GL: We’re on the East Coast, and it’s been pretty amazing to be playing live music again.

KT: How’s has it been going for you so far? I mean, it seems like the world just kind of opened wide up again, you know?

GL: We got lucky with our timing. We’ve been playing a lot of outdoor venues and we’re really grateful to see people coming out.

KT: I bet that’s the best part of it. Seeing people, I bet a lot of smiles on faces and that’s fantastic. Is there a lot of social distancing going on there? Are there precautions still in spots?

GL: Yeah. It depends on the spot for sure. Generally when we’re Outdoors, you know, not really.

KT: And you guys you’ve been on the road for just a little over a month now?

GL: A few weeks. Yeah. You know back home in the Bay Area, we’re starting to get live music going too. We’ve had great weather so we’ve been able to do the outdoor stuff for a couple of months here too.

KT: You guys played in Bozeman now three years ago or four years ago, I guess.

KT: It was my 50th birthday so I should remember.

KT: And then, when the pandemic hit, I kind of swore to myself, I kind of took a step back and I’m like, what band do I really want to see right out of the gate when this whole thing is over? And it was Midnight North, unfortunately, I couldn’t make it to Nashville but I’m so excited that you guys are coming to Bozeman and then you announced tonight another show in Bigfork, Montana. A mini Montana tour. I’m pretty excited about that.

GL: Amazing. And yeah, we are too. That show a few years back was an absolute rager at The Filling Station.

KT: We’re excited to have your energy back here in Bozeman. You’re playing a brand new venue too it’s out on Love Lane. It’s the Love Field Outdoor Summer Stage (5350 Love Lane, Bozeman). So I hope you’re bringing the love with you. 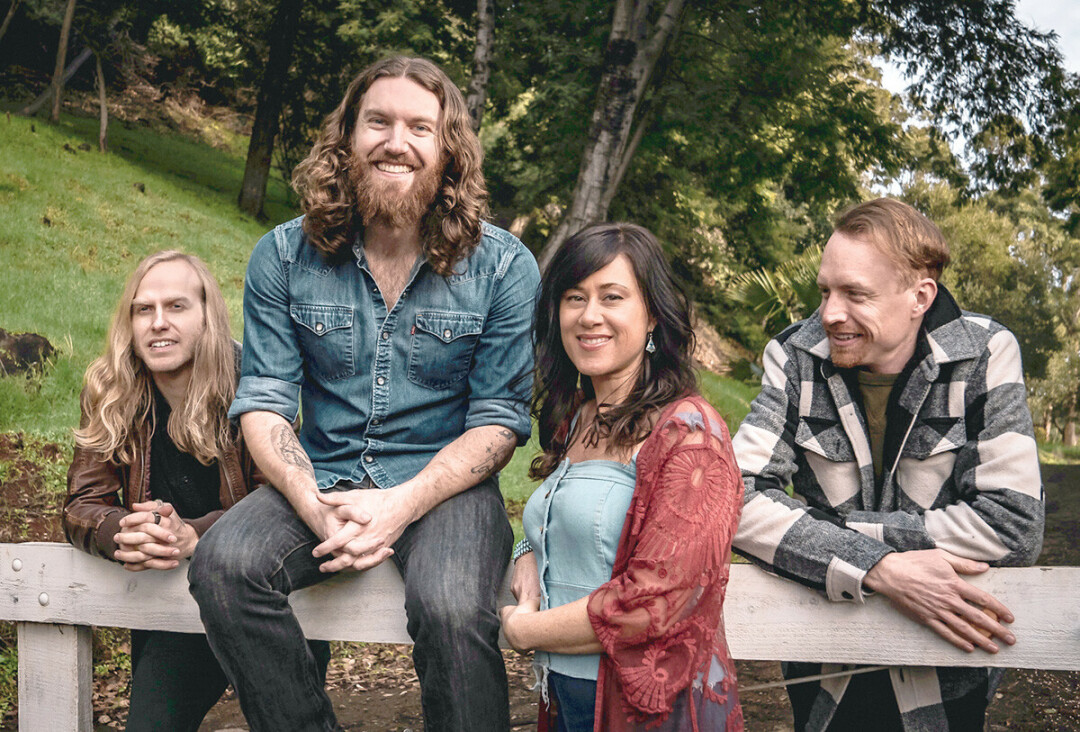 KT: You were pretty busy during the whole pandemic with putting an album together I understand. And it’s coming out in late July. Am I correct?

GL: Yes. July we actually tracked it and almost entirely in January and February of 2020 with plans to release it last fall. And you know, those plans fell by the wayside pretty quickly. But that last 10 to 15% of the record that we hadn’t finished, when the pandemic started we really were able to take our time with it and make it special. And we’re really happy with a record label called Americana Vibes that does the Infamous String Dusters and the Sweet Lilies and some of our other friends. They’re really helping us push this music because we’re really happy with how it came out and we want to get as many people to check it out as possible.

KT: So you’re saying, most of was recorded before the pandemic and then you guys kind of worked on it and tweaked it a little bit?

GL: Written and recorded for the most part, yeah. We had some overdubs to do, some harmonies, some mastering to do during the pandemic, but yeah, we had done most of the tracking and all the writing before.

KT: Fantastic, and now your just ready to get back on the road, is kind of what it sounds like.

GL: Yeah, it’s been amazing. These past few weeks finally, getting back on the road and being able to play these songs because we haven’t really, we’re kind of debuting some of them. That feels really good. It felt really good to add them to the repertoire.

KT: Now, some of these new songs you’ve released a few of them, haven’t you on your web page? I believe ‘Coyote’, and then well, why don’t you tell us what you’ve got available for us?

GL: Yeah, the first one is called ‘Good Days’ and basically we just wanted to, you know, in the height of the pandemic and everything last spring we released this song, we just wanted to share one of our favorites ‘Good Days’. Since we announced the full record earlier this year, we’ve released where the lyric for the album title comes from. There’s always a story that’s the first line that you hear sung on the record. There’s a wonderful track, one of our favorites called the ‘Sailor in the Sea’ that features our dear friend Allison Russell and also, our friend, Marcus Machado playing some amazing guitar and finally, ‘Coyote’, which I think we can all agree that Elliot created an amazing composition in ‘Coyote’. 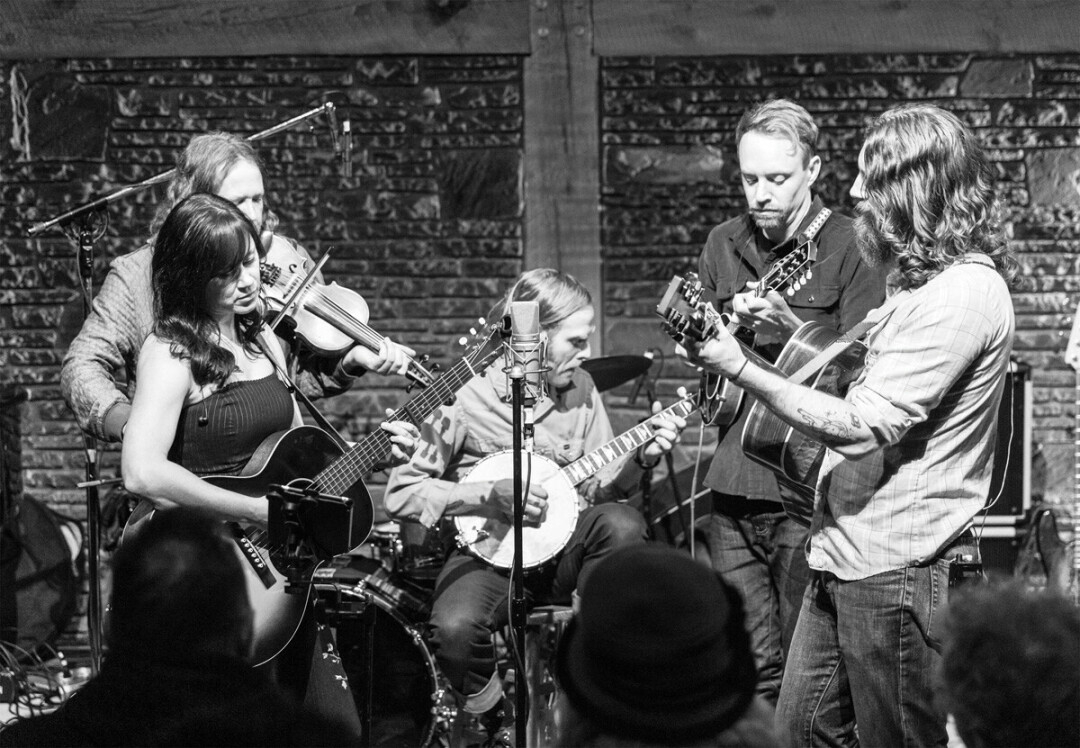 KT: Fantastic song. I was actually just listening to a ‘Coyote’ right before, and it’s amazing songwriting. It seems to be with even the previous midnight North songs you guys have these stories to tell in your songs, and where does that come from? Where do you get that inspiration for these stories?

GL: I think that they do, you know, I can only speak for myself and it can come from a piece of music, it can come from a phrase, you heard. Yeah. Then you sort of just sort of get a little hook in your head and build out the song from there. We’re starting to see the world a little bit more as a band and the, you know, the more straightforward stories it’s drawing from a slightly deeper well of inspiration. And it helps that we have our friend, Nathan Graham, our drummer, our banjo player, and he’s quite a songwriter as well. So he contributed a couple songs and you know added his expertise to the rest of them too. So it’s a collaboration and we just take each song and it doesn’t really matter where it came from but we get it to where it needs to be.

KT: You do a great job of doing it too.

KT: Nathan’s sound on them, it’s almost Appalachian. It’s such a beautiful sound that he’s got with that banjo, and I can’t wait for people around here to hear it. And then you go, you pull lyrics that draw people. And in the lyric from the ‘Sailor in the Sea’ even a drowning sailor loves the sea, just kind of dragged me in because if you love what you do, and then maybe it just takes your life at the end, as it has different avenues that you can look at it and it’s just deep and prolific. I just love your songwriting.

GL: Thank you, I really appreciate that. We are really excited to be playing these songs and telling these stories. And getting people actually listening to them.

KT: Thank you, Grahame, you’re going to be in Bozeman on Saturday, July 10 at Love Field, as well as Bigfork and Jackson Hole. Is there anything else you wanted to say before I let you go?

GL: Yes. If we come to your town we’d love to see you and yeah, check out our album at http://midnightnorth.com.