Shakespeare in the Parks Summer 2021 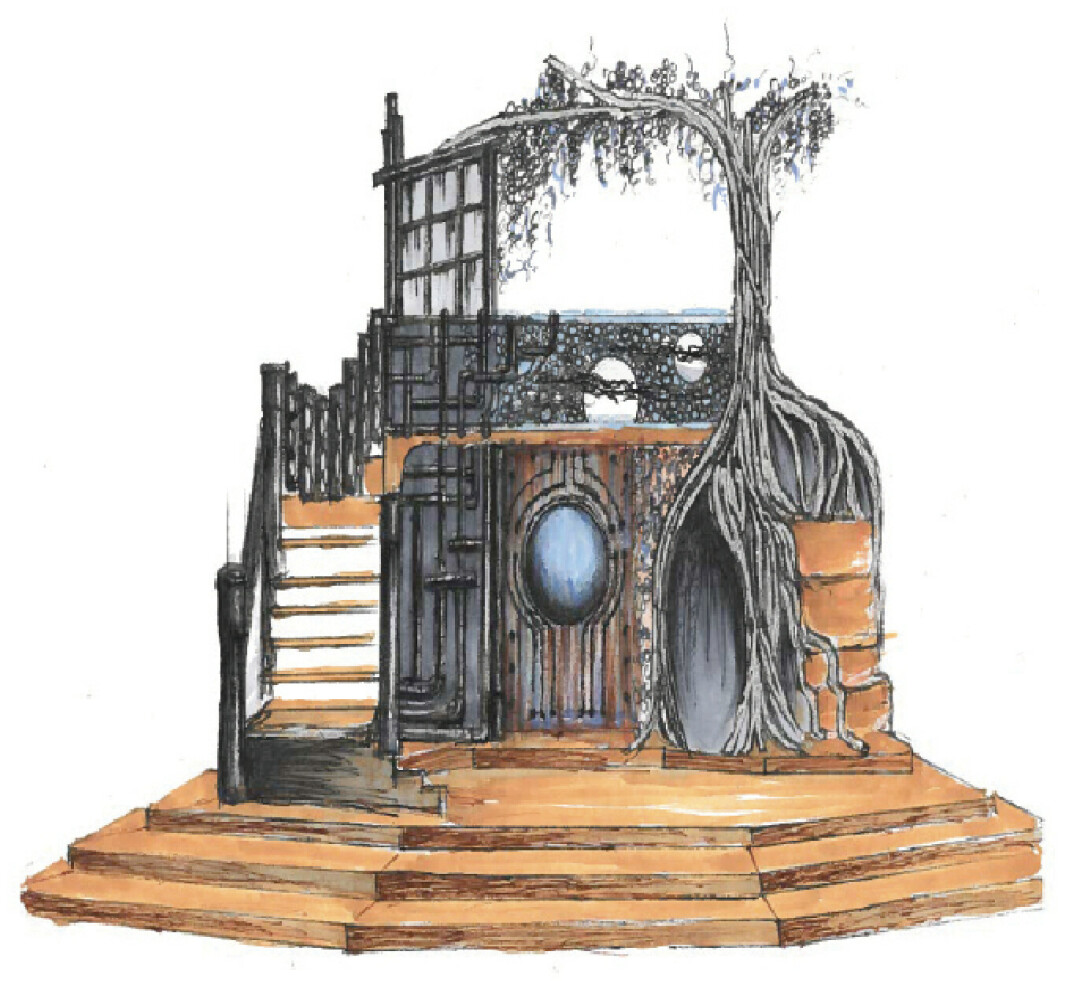 For 48 years, Montana Shakespeare in the Parks (MSIP) has brought free productions of Shakespeare to rural and remote communities across Montana and surrounding states. This summer, MSIP brings two more plays to stages across a five-state area, opening at MSU’s Duck Pond on June 16th with Cymbeline and— one week later – opening with A Midsummer Night’s Dream on June 23.

Shakespeare wrote Cymbeline near the end of his career. It appears that Shakespeare looked back on all his plays and took a few pieces from each of them, blending them into one story loosely based on the story of an ancient king of Britain. Think of the play Into the Woods, a compendium of many fairy tales that became a popular play in the 1980s.

Appropriately enough for performances in the Intermountain West, both Cymbeline and A Midsummer Night’s Dream speak to the importance of nature as a transformative place. Specifically, Dream introduces fairies and make-believe as part of the redemptive and curative power of nature, while Cymbeline, after a time in a cave deep in the woods brings healing, ends with “pardon for all.”

The central character of Cymbeline is the King’s daughter Imogen, who escapes being murdered by retreating to a cave in the wilderness in Wales, where eventually all things are discovered and relationships restored to their rightful place, in no small part due to the regenerative power of nature. At the very end of the play, Cymbeline says “Pardon is the word to all.” In appropriating this play for environmental purposes, “Pardon” can refer to cleaning up our environment and taking action to stop climate change, heal our land and preserve our public lands.

A Midsummer Night’s Dream includes a dispute between the king and queen of the fairies, Oberon and Titania. Because of their fierce argument, the forces of nature are changed, causing damage to the environment.

Titania points out in one of her monologues (now popularly known as her ‘climate-change speech’)
Contagious fogs, falling in the land
Have every pelting river made so proud
That they have overborne their continents.
These lines are a clear sign of uncontrolled flooding, or Mother Nature crying out in protest.

But just as Cymbeline speaks of pardons for all, A Midsummer Night’s Dream ends with Puck speaking words of encouragement:
If we shadows have offended,
Think but this, and all is mended,
That you have but slumber’d here
While these visions did appear.
And this weak and idle theme,
No more yielding but a dream,
Gentles, do not reprehend:
if you pardon, we will mend.

Both plays refer to pardoning as a saving grace, as a healing of the troubles brought on by carelessness, treachery, and greed. If humans can take care of the environment, pardoning, or ending our maltreatment of the earth, the earth will mend, in much the same way forgiving someone can bring healing.

Dramaturg Gretchen Minton brings an unusual element to the production of Cymbeline: She is part of an international initiative called “Cymbeline in the Anthropocene,” a group founded by Canadian professor Randall Martin that brings focus on environmental issues through Shakespeare. Cymbeline in the Anthropocene is being performed at 10 locations across the world this year.

This raises an interesting question: How different will Shakespeare’s Cymbeline – written in early 17th century English— be from 21st century Cymbeline performed in the Georgian language, or in Spanish language in Argentina? What different perspectives might each country reveal about their views on environmental issues from such vastly different languages and cultures? Can concern about environmental issues transcend political and geographic differences?

MSIP takes two shows on the road every summer (except for the summer of 2020, which was cancelled due to the Pandemic), stopping in about 65 towns across Montana, North Dakota, Wyoming, Idaho, and Washington for over 30,000 viewers each summer. Towns sign up in early winter for which show they want to see in their local community, and MSIP puts together a schedule which takes the MSIP actors to all corners of this five-state region, traveling over 12,000 miles towing a large trailer with the stage, props, and costumes with them. Upon arrival in each town, they put up the stage, set out the props, put on their costumes, run a couple rehearsal scenes, and do a run through of the stage combat, a very popular feature in almost all the Shakespearean performances. The audiences show up as the warmups are ending and seat themselves on the ground arrayed around the stage. The show begins and two hours later the play ends to thunderous applause and appreciative yells and whistles. Before the applause has died down, the actors are dissembling the stage, packing away the costumes and props, and loading “the whale,” their affectionate name for the large ungainly trailer, emblazoned on the side with the words “Montana Shakespeare in the Parks.” Then, around 11 pm, the whale loaded, the actors jump in the truck and van they ride in, and pull out finding their lodging for the night, only to get up the next day and eat a quick breakfast before hitting the road to their next show that same evening where they do it all again. Between June 16 and September 8th, 85 days, this team of actors will put on 65 performances in 62 towns, travel around 12,000 miles, and see some of the most beautiful and rural parts of the United States.

Montanans have a reputation for appreciating the natural world; it is an “outdoor”’ state, a place where people love nature, public lands, hiking, wildlife, and all things related to “place” in the natural world. To put on Shakespeare performances that use the Bard’s own words as a lens to examine our attitudes towards environment is a growing field in the Shakespearean world. Putting on the same plays in locations such as Colstrip, Montana could be interpreted differently than the very same play staged in Sand Point, Idaho. In this respect, the idea of MSIP putting on Cymbeline in such varying ecological niches is an almost exact counterpart to what Cymbeline and the Anthropocene is doing, only on a smaller scale.

For more information about these plays and performances this summer, please go to the Montana Shakespeare in the Parks website at https://shakespeareintheparks.org/.

For more information about Cymbeline in the Anthropocene and international productions, please go to www.cymbeline-anthropocene.com.