What's Your Beef? Bills That Died in The Recent Legislative Session 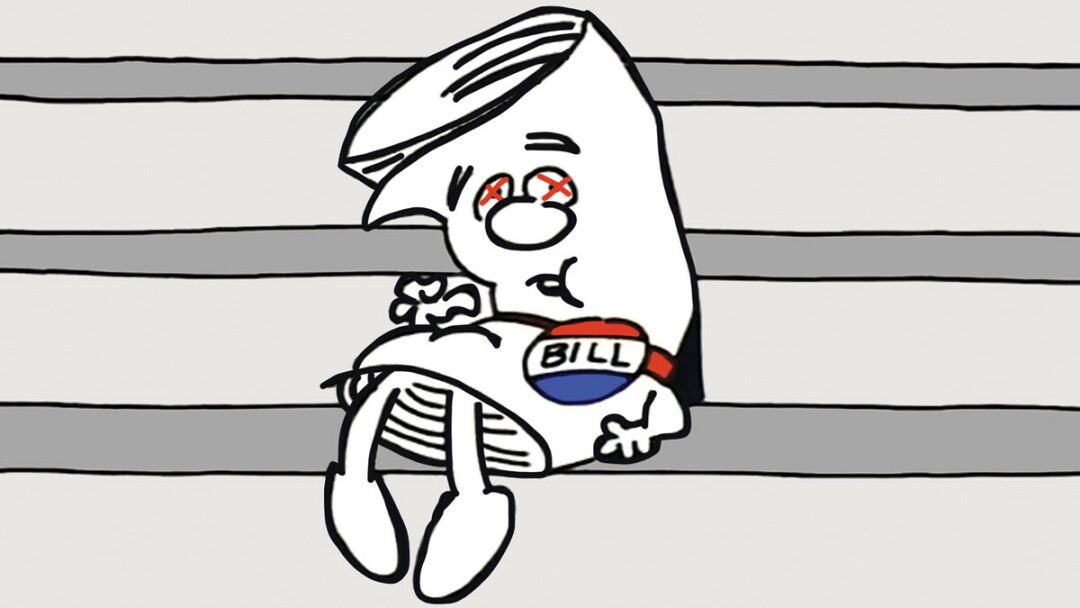 The Montana legislature meets every other year in Helena. The sessions always begin in early January and run through April. In numerous other states, the legislatures meet every year, throughout the year, but in Montana, apparently, we don’t trust our legislature with meeting that often, so it’s four months out of every twenty-four. This year, maybe we have observed why they have been granted that level of trust.

There were a number of bills that died in committee. They didn’t make it through the legislative session to our governor’s desk. It’s a shame, too, because some of them showed great promise for the Treasure State.

A Traffic Safety bill carried by Senator Willie Fearman of East Nowhere would have required all cities to do away with traffic signals. Senator Fearman has always been confused about the red and green. It’s hard to remember, he says, which means stop and which means go. The senator explained that since he’s confused, a lot of other Montanans must be confused as well. In his mind, controlling traffic like this is a dangerous example of government overreach. Traffic lights are a burden to communities. They’ve got to go.

A Literacy Bill carried by Senator Lowell Eyecue of Puckerbrush would have eliminated all city libraries. The senator explained that he once had a book, but he rarely looked at it. Since he has little interest in books, most other taxpayers probably share his ambivalence to literature. Libraries are a burden on taxpayers who don’t read. Senator Eyecue encourages citizens to watch more television.

A Restroom Safety bill carried by Senator Priggish of Jug Run would have reconfigured all public restrooms constructed along Montana’s highways in the last several years. The newer individual-user restrooms are too much like those recommended by the LGBTQ+ community, so they’ve got to go. They would have been replaced by large, conventional men/women restrooms each having multiple toilets and sinks. Little boys, teenage boys, young men, middle aged men, and old men must all enter the same room to relieve themselves. The same applies to women. That’s the way it’s always been and that’s the way it should always be, according to Senator Priggish.

Another Public Restroom Safety bill was carried by Senator Mike Rowe Scope. His bill would have relieved restaurants from the burden of those yellow stickers in restrooms that say “Employees must wash hands before returning to work.” Senator Scope tells us that public health and safety are a matter of individual responsibility. Everyone inherently knows whether or not his or her hands are carrying fecal bacteria, so telling restaurant employees to wash after relieving themselves is burdensome to businesses. It wastes time, soap, water, and paper towels, according to Senator Scope.

The Clean Community Law carried by Senator B.W. Hampshire of Hog Hollow would have prohibited cities from having anti-litter laws, which are burdensome to businesses. Senator Hampshire worked in a convenience store once and it was an undue burden to empty outdoor litter cans. He also had to go outside twice daily to sweep up wrappers, napkins, bottles, and cans dropped by the store’s customers. These tasks nearly caused the store to close, which would have cost the community several jobs. Items that fall on the ground belong to the public and should not be regulated. Cities should stop regulating litter.

Finally, there was the Bike Path bill brought by Senator C. Potato of Little Town. It would have required cities to demolish all bike paths. Senator Potato stated that when he was younger, he rode his bicycle to school every day, but he hasn’t ridden for several years. It’s a myth, he says, that once you learn to ride a bike you never forget how. Whenever he has attempted it lately, he can’t quite remember what to do with the pedals and handlebars. Bike paths are a burden to communities because they encourage the public to engage in a dangerous activity which challenges individuals to maintain a sense of physical balance in their lives. They are a burden to taxpayers who have no intention of getting any exercise or going anywhere in life.

These are some of the bills that didn’t make it through the legislature this session. Contact your representative to encourage them for the 2023 session.

When asked, (as we all are, every other day) “So how long have you lived here?” Fred, and his wife, Patricia, respond, “Twelve winters in Bozangeles.” They were teachers for thirty five years in the original Los Angeles.