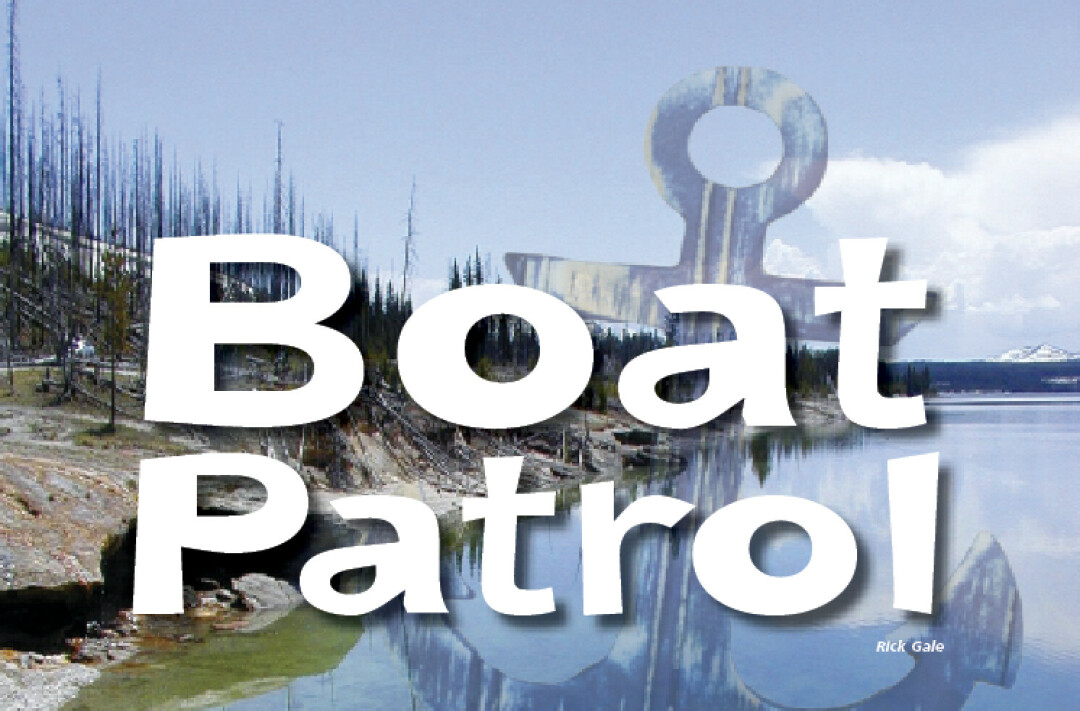 Two of my 22 summers in Yellowstone included Boat Patrol on one of the largest high altitude freshwater lakes in the world with 110 miles of shoreline.

There were days on Yellowstone Lake when I cut the engine on the 25-foot Bertram and quietly floated on the water. The majestic scenery took my breath away. 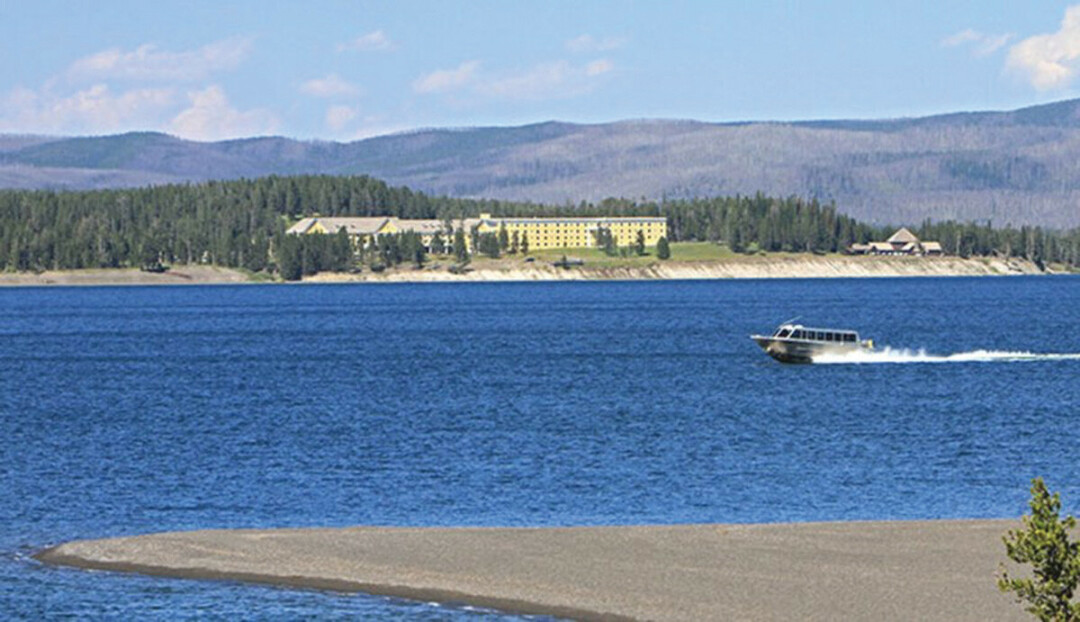 Canoeing and kayaking on Yellowstone Lake can be dangerous. The water temperature in the summer is typically about 39 degrees.

Almost daily, sudden winds can create waves as high as 4 to 5 feet. These waves are choppy and very close together, making it especially hazardous for small boats. On most days, winds are out of the southwest, but at high altitudes and in thunderstorms, the winds can shift at any time.

It was close to midnight when we got a call about an overdue canoeing party who were attempting to cross the West Thumb of Yellowstone Lake. I met with the caller at Bridge Bay Marina Ranger Station and learned that her husband and two sons should have been off the lake by now.

Conditions on the lake that night were not the best. It was cold, poor visibility, and windy.

After getting as much information as I could about any medical conditions and a detailed description of the two canoes, I readied our 20-foot Bertram for a Search & Rescue Operation along the west shoreline of West Thumb.

While I was getting ready to launch, Ranger Monroe, who was the Grant Boat Ranger, did the same and got underway for a run north along the east shoreline of West Thumb to look for the two canoes.

About 45 minutes into the search, Monroe spotted a campfire and two canoes along the shoreline. It was them. They were OK. The three had decided not to risk crossing the channel when winds had kicked up from the southwest. Their plan was to try again at first light when weather conditions were better.

Time for me to turn the Betram around and head back to Bridge Bay Marina. 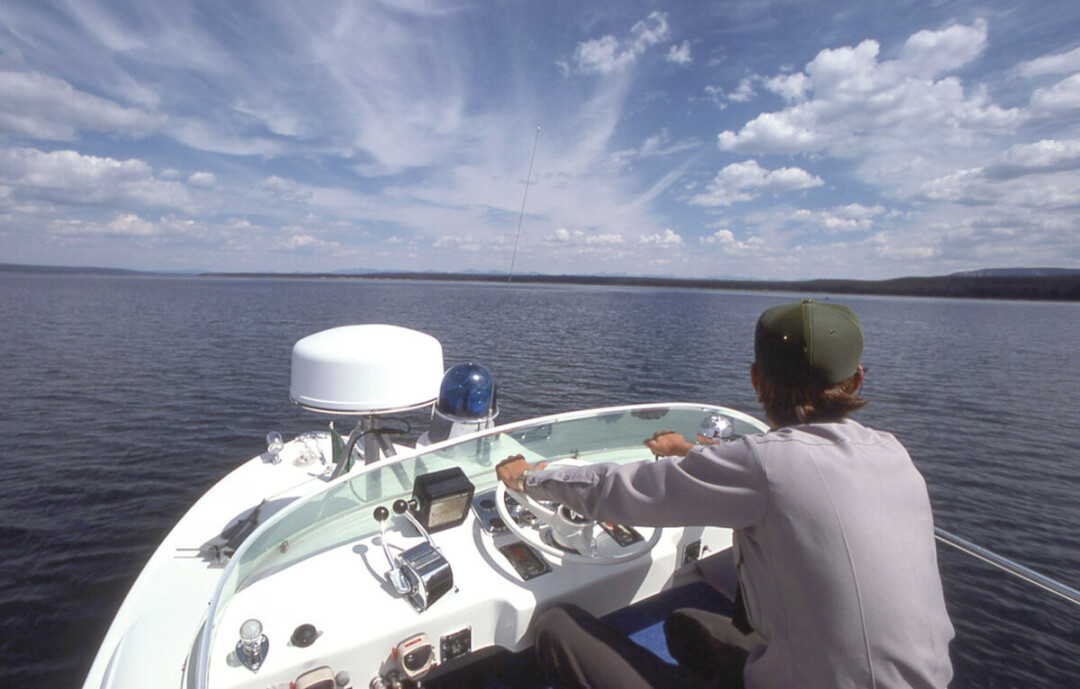 I looked for Lake Hotel as a point of reference and kept the bow pointed directly at the hotel lights as I made my way north from Pumice Point.

Just west of Stevenson Island, or so I thought, I started making a turn toward Bridge Bay Marina. Almost as soon as I turned the steering wheel to the left, I saw the bow lift several feet into the air and heard props spinning loudly.

The boat was up and out of the water and sliding across a sandbar on the northern tip of Stevenson Island.

When the Bertram came to an abrupt stop, I turned the engine off and jumped on the sandbar. When I thought I was far enough away, I stopped running, looked back at the Bertram, and waited for the worst.

Nothing. No fire. No explosion. That was a good thing.

And now, I had to get on the radio and ask another Ranger to get out to Stevenson Island with another boat and rescue me.

“Thanks for coming out Ray. Looks like my boating days are over for now.”

Because of conditions on Yellowstone Lake that night, we decided to leave the Bertram on the sandbar for the night.

When we got back to Bridge Bay Marina, I got word that Ranger Bob Mahn, who was the Sub-District Ranger, wanted to meet with me about the search and how I wound up on a sandbar.

I drove over to the Lake Hotel where Mahn was finishing up some paperwork and his favorite midnight night snack of pie. I gave him the good news and the bad news.

“Well Rick. You know what you’re going to be doing today.”

I was up bright and early the next morning to reclaim my boat.

With the help of park maintenance, we pulled the boat off the sandbar and got her back to the Bridge Bay Marina so I could get her ship shape again before a visit by a U.S. Senator who was visiting Yellowstone as a member of an appropriations committee.
Good timing right?

By the way, the most northern point of Stevenson Island was sometimes referred to as Gale Point by Ranger Harlan Kredit while doing his guided Yellowstone Lake Scenic Cruises.