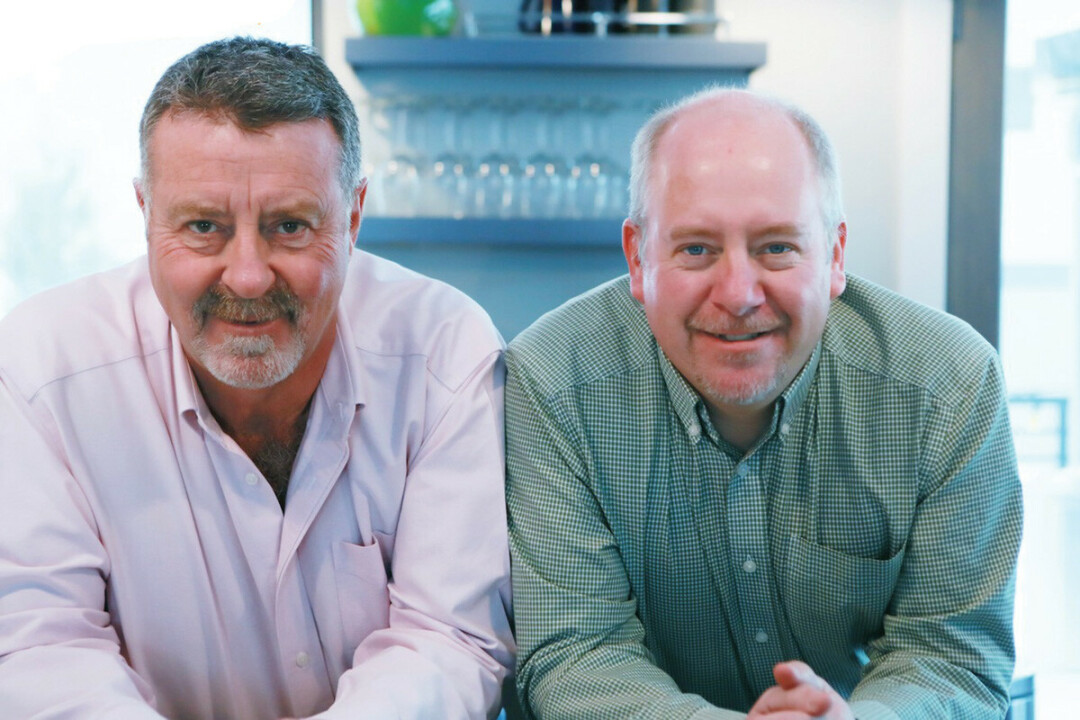 What better way to help introduce the 21st Century version of the Roaring ‘20s – as well as bid more than a fond farewell to the train wreck that was 2020 – than to bring back a tried and true classic. However, this time make it straight up, with a twist. When you think of gin, it’s easy to be drawn to magnificent names like Jay Gatsby and his lavish parties and opulent dress. You could even imagine James Bond dressed to kill with his classic “shaken, not stirred,” while he stalks over a casino floor in an attempt to ferret out his nefarious prey. There is a mysterious and classy air to this fine spirit.

Gin has, for so many, always held a special place on a lot of top shelves when it comes to a lot of classic spirits; its very imagery invokes a sense of style and class and substance that rises above everything else. So it should come as no surprise that a locally made gin – from right here in Bozeman, Montana – would be so widely accepted. If there is a surprise twist to it all, it’s the very nature of the name and the brew.

Ginger Bear Gin is the first product – hopefully in a long line of products – to be introduced from 2 Fat Guys Spirits; the two self-proclaimed fat guys in question are owner Rich Parker and his husband of 18 years Mike Long. Inspired by the acclaimed hit BBC cooking show, Two Fat Ladies, Parker says it was only natural to have something off the wall for their company name. They certainly picked a name to be remembered.

When asked about why a gin company, Parker says, “One of my professors – Shawna Lockhart – from MSU came to my 40th birthday party with her boyfriend, Greg. This was the first time I had ever met the man and he hands me this Mason jar with a clear liquid and said ‘Happy Birthday!’

“It turned out that it was a homemade gin he had made for me. I was so excited to hear it was homemade and more than that, incredibly intrigued on how it is made. It was fantastic gin and I asked if he could share his hobby with me. He did and that is how I got to where I am today. Sadly, Greg has since passed, but I hope to honor him in the future with a flavor of gin named after him. He sparked the flame.”

Says Parker, “We loved watching the cooking show, Two Fat Ladies. When we were looking for a vanity plate to put on our Mazda Miata that we had purchased as a project car, “2FATGYS” was chosen.

“So when the idea of starting a spirits production business, the name 2 Fat Guys rose to the top. When we started asking friends and family their opinion of the name, most smiled and said they loved it. I thought it such a catchy name that I trademarked it.”

Since state and federal laws allow tasting rooms for distilleries and as Parker does not have his own distillery – yet – he is working in cooperation with Dry Hills Distillery to produce his recipes under his brand.

“For many years I wanted to start my own distillery. This requires a large, up-front capital investment which I did not have and for which I was not willing to leverage my house and retirement savings. I attended a gin workshop and summit at the American Distilling Institute (ADI) annual conference a couple years ago and met a guy from Portland, OR who told me about the branding process. I researched it and thought ‘this is an approach that I can afford to do.”

For Parker, the next step was to spend the next three to five years approaching various distilleries around the area. It was almost fortuitous that Jeff and Erica Droge at Dry Hills Distillery in Four Corners would answer that call. Parker asked if they would be willing to look into this approach together and they graciously said yes.

Parker continues, “They have a great work ethic and have built a phenomenal distillery that is capable of producing top quality results. We have a very good relationship – almost familial – and look forward to both of our businesses growing together, which in turn will help support our community.” 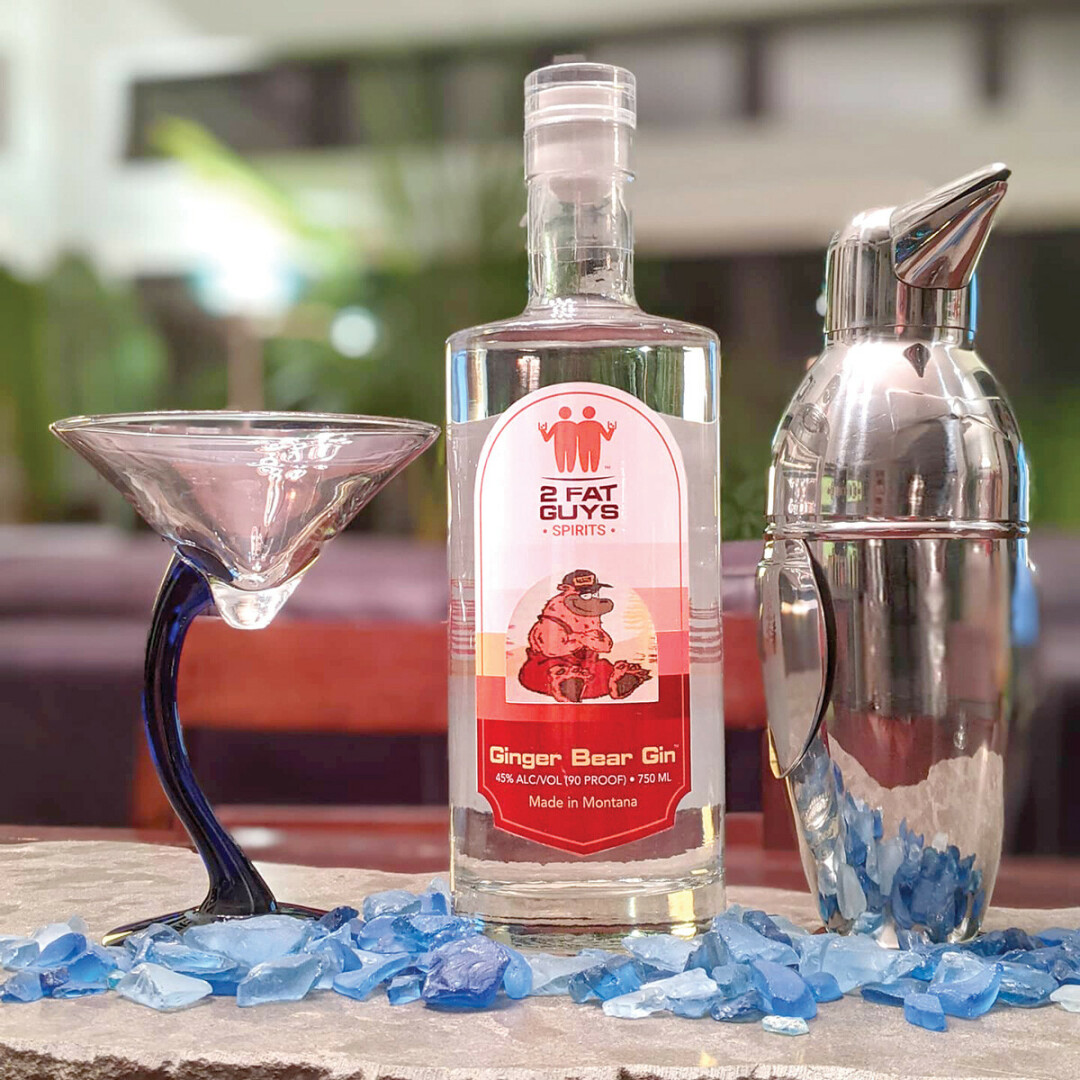 Recipes were developed by Parker. Through a steady process of trial and error – as well as having many friends and family to sample and critique the recipes – Parker and Long came up with what is now the recipe for Ginger Bear Gin.

“We are very proud of its flavor profile. I got a little emotional when we sampled the first batch that came off the big still. Brooks Marshall – the Dry Hills Head Distiller – took a sip and smiled, and handed me a sample. I remember thinking, ‘Wow, this is pretty damned good.’ I then handed samples to Jeff and Erica and we all smiled. To have your industry peers also enjoy it is a great feeling. I tell people I am the old woman in The Wedding Singer who pays for singing lessons with meatballs. ‘Take a bite so I can watch you enjoy. That is my favorite part.’ I love watching people enjoy my concoctions!”

When asked about plans for the future, Parker stated, “You will see a variety of both unique and traditional flavored gins coming to market in the future.”

Parker, who was born in New York – the youngest of nine – spent a fair amount of time bouncing around the United States and even served six years in the Navy before coming to Montana State University where he earned his degree in mechanical engineering. He currently works for the Bozeman Public School system as a self-proclaimed “energy nerd” ensuring that the facilities are operating at peak levels. His husband and business partner Mike is recently retired from Bozeman Health where he managed the clinical laboratory. He is currently working on a book of his own, playing piano, and once it’s safe to do so will exercise his extrovert attitude and draw people in for a good game of bridge.

For purely research purposes, this author procured a bottle of the Ginger Bear Gin and was more than pleasantly surprised to find that the flavor profile was right on par from what you would expect from a top shelf spirit. Each bottle comes with a small card around the neck with a few recipes to try as a mixer, and while this author is eager to give each one a try, I am also supremely pleased with the taste of a glass of Ginger Bear Gin as it is sipped neat, or on the rocks. Even the classic gin ‘n tonic did not disappoint.

With its earthy and heady aromas, the gin offers a unique taste and a distinct palate – whether it is mixed, sipped, shaken, or stirred – Ginger Bear Gin will please the palette and make your toes curl in pleasure.

Ginger Bear Gin is currently available at your local liquor store here in the Gallatin Valley, but Parker tells me that he plans to have it nationally distributed with a marketing plan that is a light-hearted, humorous, and unique advertising of their (hope to be) highly acclaimed spirit line. Also, Parker tells me, look for future tastings at some of the local area casinos.

To see more of the aforementioned light-hearted and humorous attitude, you can follow 2 Fat Guys Spirits on social media as well as their website 2fatguysspirits.net

Patrik Hill is a freelance writer as well as the owner and content creator for "Echo Eight Group" and "Mobster Poet."