“Good drums get the dancers out there,
good songs get them to dance well.
Without drum groups there is no music.
No music, no dance, no powwow.”
- Roberts, Chris
(1992) Powwow Country

It wasn’t the lack of good drums that made for a no powwow 2020, it was the infiltration of Covid-19 into North America that caused all powwows to be cancelled and a new idea to take root, climb and now soar. In early March 2020, local Bozeman artist Dan Simonds, owner of Wampum Wear Native American Jewelry in the Emerson Cultural Center, realized that his livelihood and plans for the year were about to be greatly affected by the cancellation of events nationwide.

Dan is from the Pequot Tribe in Connecticut, where he was born and raised. The Pequot’s have a powwow called Schemitzun, a large powwow that he attended from an early age, and where he would later perform as an Eastern War Dancer. After graduate school for art, Dan turned from drawing and painting to the more traditional art of Wampum. He usually spends his summers travelling the country attending powwows and Native American Conferences selling his unique, custom, handmade pieces of jewelry while socializing and gathering with indigenous communities.

Just a few days into quarantine, from his couch in Bozeman, Montana, Dan came up with a 21st century idea for how to keep the powwow going, and The Social Distance Powwow was born on Facebook. 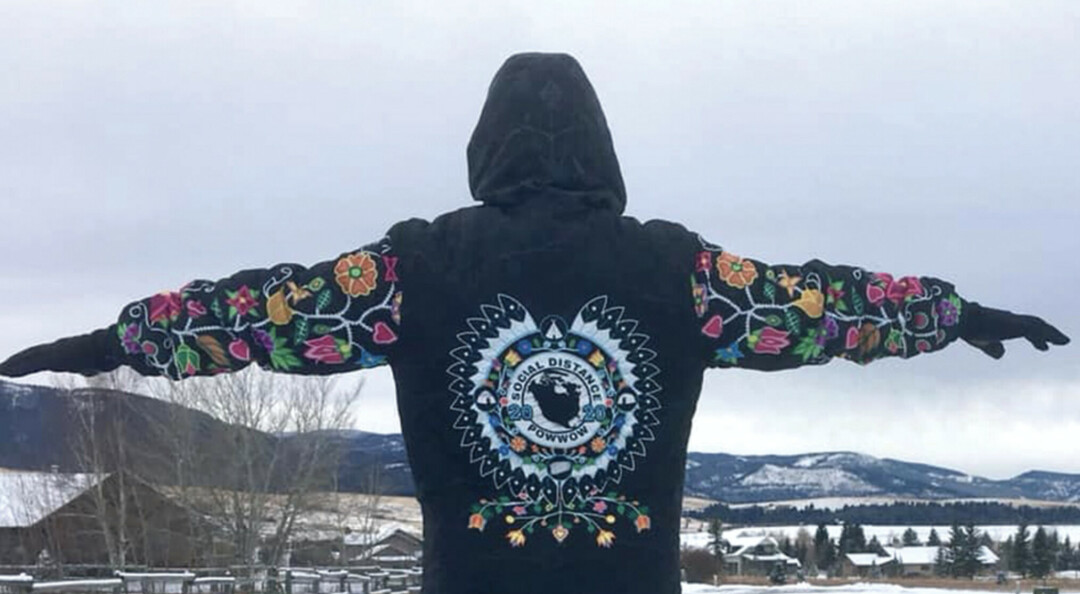 The original concept was simply to keep the powwow going online, to bring indigenous people together in one place to share their stories, songs and dances with a community. Dan started by creating the Facebook page, and then he contacted friends he had met at powwows in Denver and Rapid City and got them onboard as Admins for the page. Stephanie Hebert is a bead artist and dancer from the Mi’kmaq Nation out of the Northeast and Whitney Rencountre is Chairman at South Dakota Humanities Council; Dan knew Whitney would make a great emcee for the community. By the first weekend, thousands of people had liked the page and were clamoring to see and share content.

As the page continued to gain followers, now over 225,000, Dan, Stephanie and Whitney guided the community where they wanted them to go, promoting Native culture through song, dance, art and story, trying not to get sidetracked with Covid prayers and other things that don’t fit their intention. This small, grassroots organization is having a huge influence on culture and history.

“This has all had a snowball effect. I had no idea it would turn out like this, but it shows how much it’s needed for Indian Country. The Social Distance Powwow, I call it a movement because it has sparked so many other movements and pages as well, and people going live and finally Indigenous people are telling our stories through our voices and through our own experiences. This hasn’t really happened in my lifetime in this way,” Simond shares. 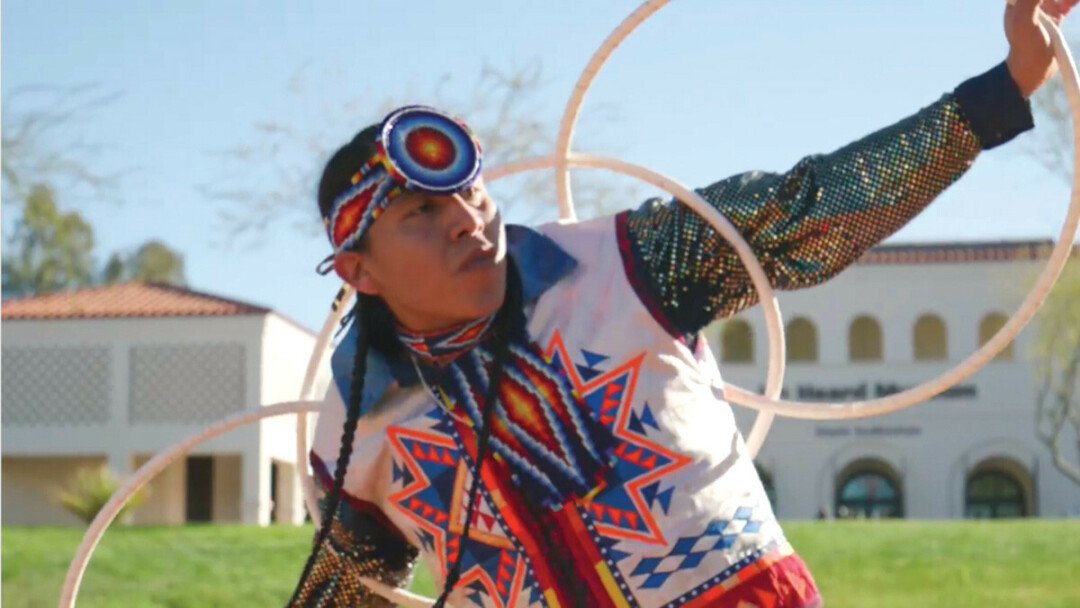 A powwow is an expressive celebration filled with color, music, and laughter; The Social Distance Powwow is no different. You will find native clothing designs in every color including ribbon and jingle dresses, beaded masks, drumming, and stories from all across the US. The creativity of those in the forum made it necessary to create an additional Facebook page called Social Distance Powwow Marketplace. The Marketplace is for North American and Canadian Indigenous Artists, Vendors and Businesses to sell their work and products to the general public and collectors. Dan and others have been able to continue their businesses because of the Marketplace.

Native American stories are powerful and thoughtful; they can bring wisdom and joy. Dan mentioned that the youth posts have hit him the most, with their ability to take viewers out of the dark places they may be in. Vincent Short, a Montanan, for example has become something of a youth emcee for the page; he has brought a lot of laughs and a ton of positivity to the page during a dark time. He has lifted people up, which was the exact intention of the page.

We ended our conversation with this: “Until we wake up as a country and realize that this country was built on slavery and free labor, we will still be blind for a long time. I hope that The Social Distance Powwow itself continues to be hope to humanity.”

Angie Ripple in a non-native who grew up on the Flathead Indian Reservation in St. Ignatius, Montana. She intends to publish more native stories told by natives in Bozeman Magazine this year.