About forty miles south of Bozeman is the town of Big Sky and the Warren Miller Performing Arts Center, which brings world-renowned performing artists to the people who live and travel to Southwestern Montana.

“Something about that night with the Kronos Quartet and the program they put together brought the audience to life in a way that I had never experienced before. The air felt still, the audience relaxed and fully engaged, and the players absolutely connected to those moments in time. I remember sitting off stage when they got to the end of their first half and played a traditional Swedish tune called ‘Tusen Tankar,’ and it just destroyed me. One of those instances where it felt like my whole life had been leading up to that moment, to have the honor of just listening quietly, with a room full of excited people, to masters of their form. And I cried.”

The specific event Zirkle reminisces about in the preceding paragraph refers to a performance by the Kronos Quartet, a string quartet based out of San Francisco, a typical musical performance at WMPAC.

The Warren Miller Performing Arts Center opened its doors on March 12th of 2013, thanks to a collaborative effort between Friends of Big Sky Education, a non-profit entity that was established in 2004 to help get Lone Peak High School established, the Big Sky School District, and the greater community of Big Sky, including Warren Miller, the famous ski and snowboard filmmaker himself. The idea of WMPAC came out of an established model in small town Montana where schools also frequently double as community-wide facilities because of their large spaces of gyms and auditoriums. When the team that brought WMPAC to fruition was considering how to build a theater in a pre-existing gym in the local school district, they felt the best approach was to make the facility something more than simply the “Lone Peak High School Auditorium,” and hence the idea for the Warren Miller Performing Arts Center was born. But because WMPAC is still a school facility, WMPAC is grounded in education with a strong and vital connection to students and local community; it still maintains a strong connection to the performing arts outside Montana—and also to the world at large. 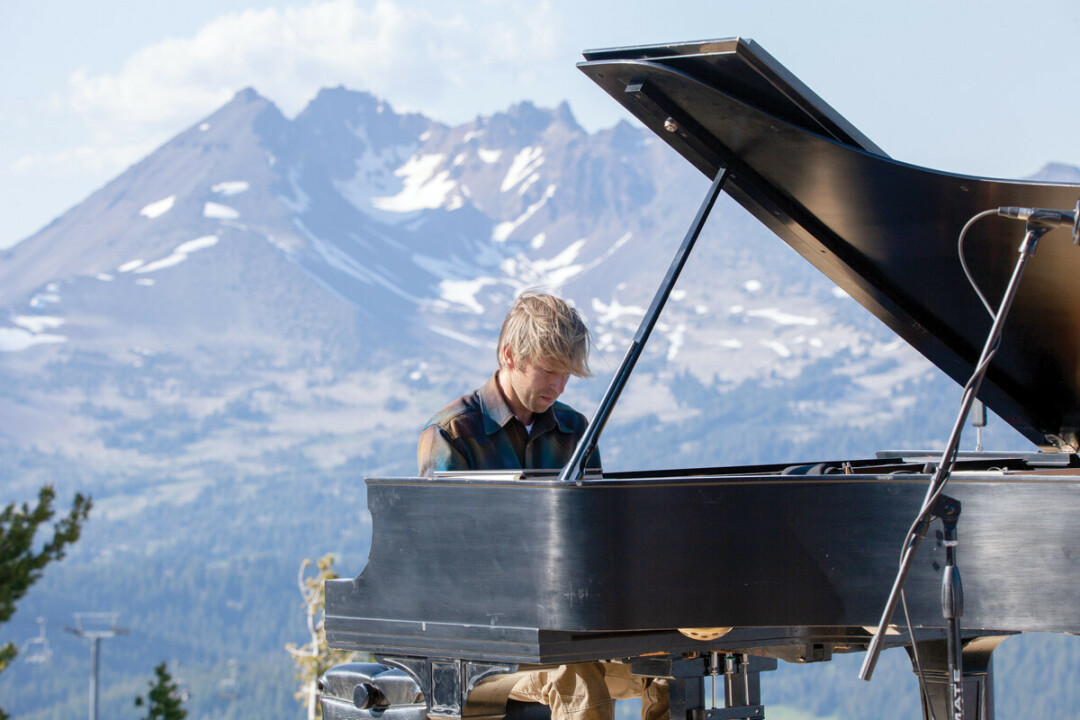 Warren Miller, a half-time resident of Big Sky when the Warren Miller Performing Arts Center was created, was asked if they could honor his legacy by naming the facility after him. Miller enthusiastically said yes, and from 2011 to 2013, he and his wife Laurie helped lead a capital campaign under the premise that you really can do anything in a Montana ski town. Ultimately, in a compliment to Miller’s legacy within the ski and film industry, he is honored and remembered as a bridge between skiing, outdoors, and the arts.

The coronavirus pandemic has been devastating to the performing arts industry, and WMPAC has been challenged every bit as much as any other theatre company. The decisions to “go live, don’t go; schedule, don’t schedule yet; hire actors, don’t hire actors” and so forth are overwhelming in and of themselves. As the pandemic deepened, and potential audiences became leery of going into public places and attending events, arts companies switched to “Zoom performances,” which fit the bill for about a month before audiences became bored with virtual performances. Back to the drawing board artistic companies went, and WMPAC was no exception, as Zirkle searched for another way of delivering quality theatre in trying times to a hungry and expectant audience.

A WMPAC innovation that bore fascinating results was the introduction of Star-Trek-like technology, which beamed actors from different stages in different parts of the country together and blended them into one performance, appearing for all the world as if they were interacting with each other on one stage. A casual observer of these performances could have been excused for expecting to see Scotty from the Starship Enterprise suddenly getting beamed up into the spotlight as well. 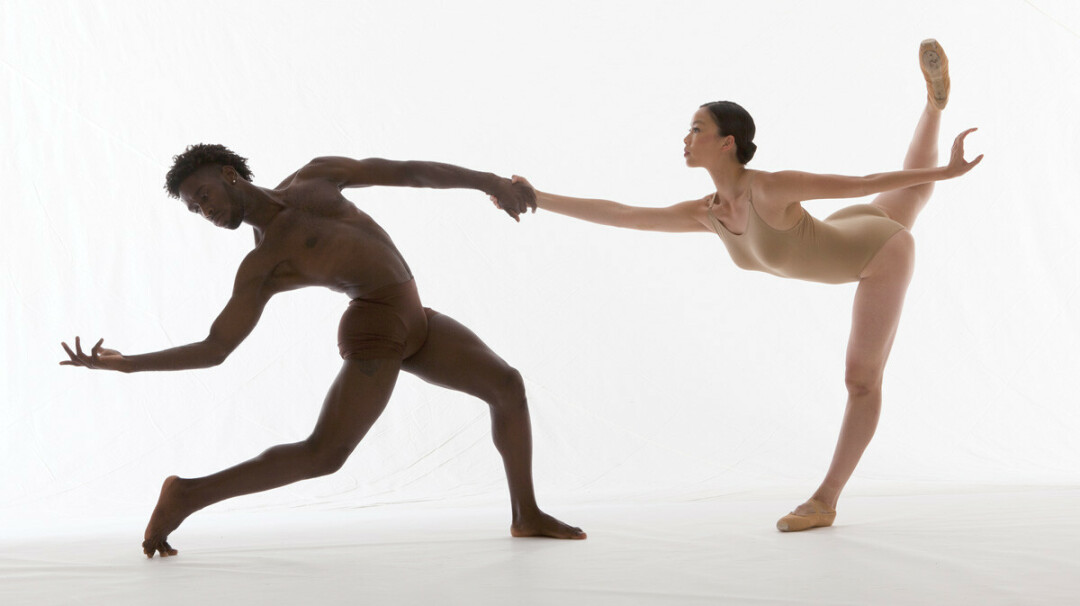 The summer of 2020 was the experimental summer during which Zirkle developed and produced shows using this concept. A driving force behind these developments of merging stages was the Black Lives Matter movement, as theaters responded to calls for honoring diversity in the performing arts. Drawing on artistic talent in southwest Montana of Black, Indigenous, and People of Color (BIPOC) actors, Zirkle forged a working relationship with BIPOC actors, directors, and playwrights from New York City. After one week’s practice, with one group performing on the WMPAC stage and the other group performing from a stage in New York City, the director and the playwright each Zooming in from their own apartments, a production was formed and performed before a small live audience in Big Sky and simultaneously broadcast on a channel across New York City and Montana using the Warren Miller Center’s new streaming platform at www.wmpac.live.

As part of the Big Sky community, WMPAC offers its auditorium to the community and the school. In addition to school performances occurring in the space, Zirkle works with a local community group--Big Sky Community Theatre--in offering community members opportunities to perform. In the summer of 2020, WMPAC and Big Sky Community Theatre created a traditional radio show, a mystery series that ran for eight weeks, written and performed by cast members. These fun radio shows run from 15 to 30 minutes in length and are set in a fictional Big Sky. They are still available as podcasts at https://podcasts.apple.com/us/podcast/inherent-danger-a-mountain-murder-mystery-series/id1536367510. 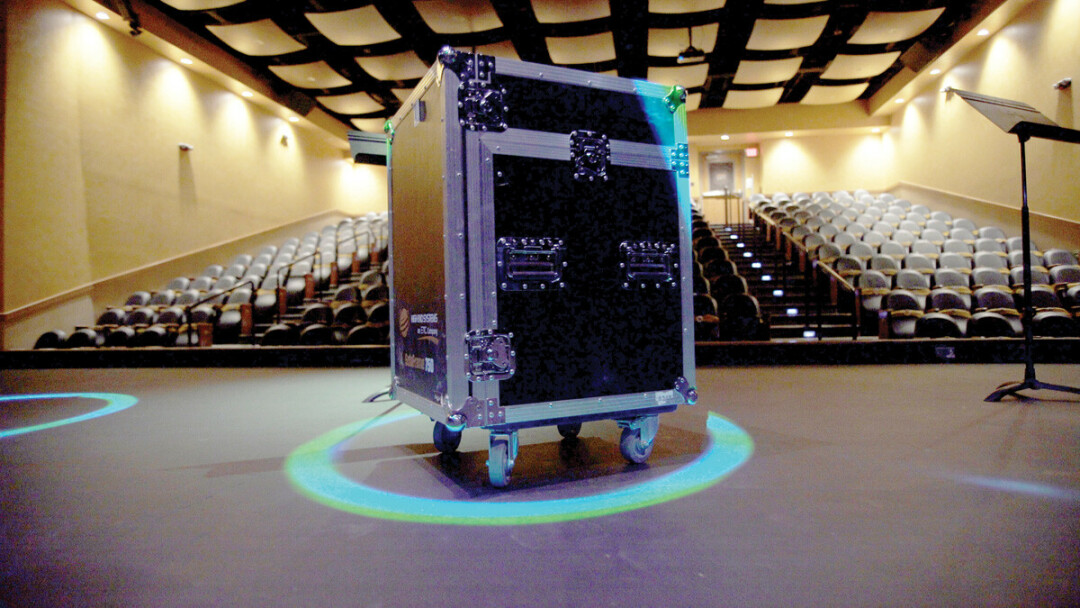 WMPAC is offering innovative performances for this upcoming season. Acknowledging the impact of COVID-19 and the need for social distancing and being outdoors, one of the first performances of this season features concert pianist Hunter Noack as he performs In a Landscape: Classical Music in the Wild on December 28-29, 2020, on a 9-foot Steinway grand piano in the middle of the Big Sky golf course, while the audience skis, snowshoes, or walks around his performance area on a specially groomed ski track designed specifically for this performance. Noack performs as the moving audience listens to his music through custom wireless headsets connected directly to his piano in the center of their activity. As Noack says, “the music becomes a soundtrack to your experience in the landscape.” And what better landscape to exercise and listen to classical piano than Big Sky?

Behind the Curtain: Jeanette the Musical runs on January 22-23, 2021, for small in-person performances as well as online performances available on WMPAC’s viewing platform. Behind the Curtain is a musical review of a pop musical based on the true story of America’s first Congresswoman, Jeannette Rankin. This unique weekend of performances looks into how Broadway musicals come together, featuring excerpts from the show, new orchestrations by Grammy and Tony-winning orchestrator and music producer Todd Sickafoose, and live performances from the creators and local Montana-based performing artists.

Through the Fourth Wall, February 10-24, 2021, is an immersive small group experience designed for one small group of 4 to 8 people at a time, preferably a family or close group of friends who will experience all aspects of a theatre in this immersive escape room-like experience. Your group will gather at WMPAC and end up exploring unseen corners of this empty theater, as you and your pod solve puzzles and overcome challenges to bring your production to life, as you become part of your own show.

In addition to following state and federal Coronavirus management recommendations for safety, WMPAC is taking steps to ensure limited and socially distanced seating for any in-person events. They are also focusing on offering shorter shows and innovative approaches to performances, as indicated by several of the shows talked about in the above paragraphs. Zirkle is eager to remind anyone considering attending any show that in the event of the pandemic worsening, all tickets are refundable.

For more information about the Warren Miller Performing Arts Center, their upcoming events, and for tickets, please visit their website at www.warrenmillerpac.org or call 406-995-6345.