Montana’s iconic state tree, the ponderosa pine, is surprising researchers with its resilience against wildfires in the Bob Marshall Wilderness.

Over a century of fire suppression snuffed out the forest’s historic burn cycle of 20-30 years, leading to a buildup of flammable debris.

This raised concerns among local wilderness managers, who worried that if a fire finally sparked, it could decimate the trees.

But a recent study of more than 600 ancient ponderosa pines suggests that fires may not harm the trees as feared. In fact, fire may be the best protection for the historical trees due to a built-in safety mechanism.

“Everybody was wondering, if a fire happens, (are) we going to lose these 500-800-year-old trees, and lose that ecosystem?” said Robert Keane, a U.S. Forest Service research ecologist and co-author of the study. “All those ones we thought were going to die lived.”

The findings stem from a January U.S. Department of Agriculture study by Keane and Sarah Flanary, a biological science technician with the Forest. Researchers found that fires in 2003 and 2011-- the area’s first blazes since at least 1910 -- failed to kill off the pines at significantly high rates. 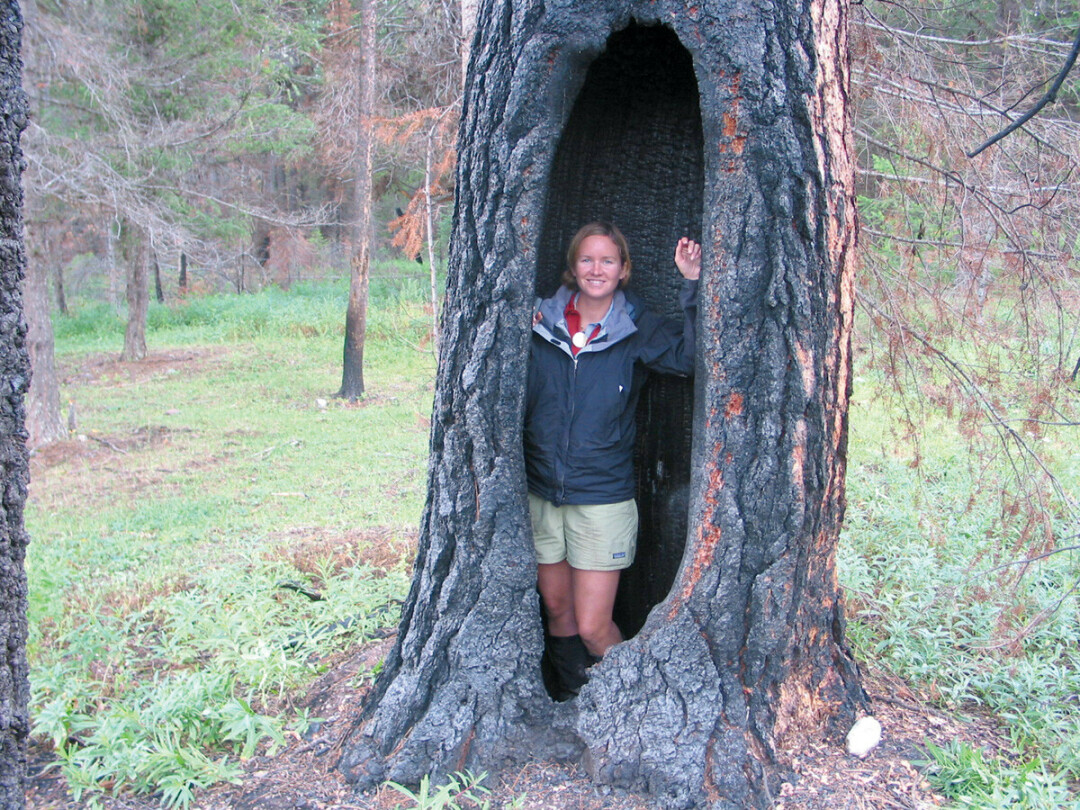 The study is one of many in recent years driving calls to allow wildfires and prescribed burns to blaze freely, helping to restore ecosystems that would naturally burn more frequently.

Special interest, however, is paid toward sheltering ponderosa pines. The trees are considered historically and culturally significant, as they offer a uniquely authentic look into Native American use of the forest.

The pines display oval bark-peeling scars from populations including the local Salish Tribe, who peeled back the bark to get to the tree’s nutritious interior during times of famine, or as a delicacy. Peeled ponderosa pines are guarded by several special protective laws and regulations.

“If there wasn’t much to eat, you could peel a ponderosa and you’d have some food,” said Dean Nicolai, a Salish Tribe member and chair of Salish Kootenai College’s Native American studies.

Other Native American artifacts, like tools or weapons, are often relocated to the four walls of a museum. But marks on ponderosa pines are “living artifacts,” observable on the land only during the trees’ limited lifespans, Nicolai said.

But some forest managers and researchers suspected that the hundreds-of-years-old trees with exposed bark scars would be most likely to be killed by forest fires.

That was not the case, Keane said.

Most ponderosa pine deaths following the 2003 and 2011 fires were among the youngest and smallest trees -- those without bark peeling marks -- the study found.

The resilience is due to a protective resin-producing response triggered when the trees are introduced to fire early on in their lifespan, Keane said.

Ponderosa pines old enough to have been exposed prior to 100-plus years of fire suppression largely survived the most recent blazes. Unprotected younger trees died at higher rates, but those that lived are better equipped to survive future flames.

The 20-30-year fire interval prior to Euro-American settlement that primed the older trees was likely established by Native American populations, according to the study. 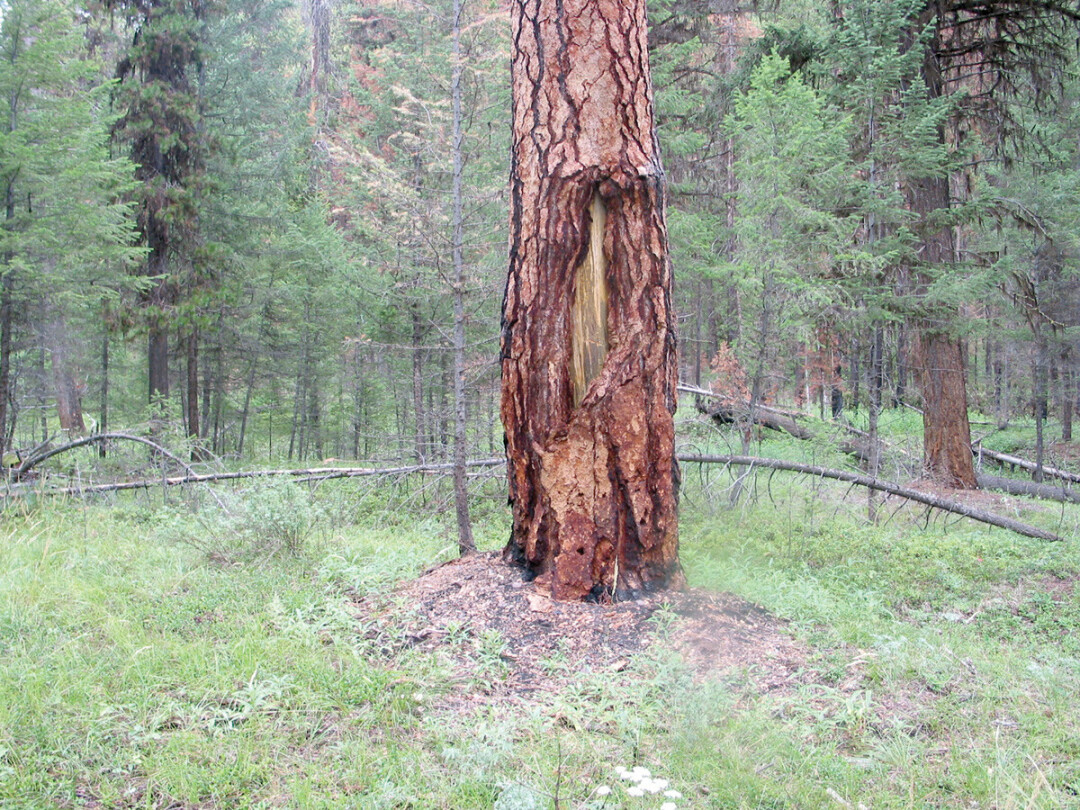 Tribal peoples periodically set fires to clear the forest when it became overgrown, Keane said. This facilitated hunting and travel along trail corridors.

Ponderosa pines with bark-peeling marks are most often found along these routes, Nicolai said. While the pines protected themselves, the fires offered a rejuvenating reset to the land.

“Tribes burnt those areas out all the time, and there was a reason for that,” Nicolai said.

Researchers came to a similar conclusion with the recent study -- and the results are good news for wilderness managers, Keane said. Some cautious managers have avoided even prescribed burns in proximity to ponderosa pines, he said.

But not burning encouraged crowding from competing tree species, allowing them to invade what was described during the Lewis and Clark expedition as distinguished open ponderosa pine savannas.

Now that most of the area has burned at least twice, the study’s findings support fire as a tool to limit encroachment, eliminate incendiary fuel and reestablish the environment around ponderosa pines.

“I think that this ecosystem is well on its way to being restored to what it once was,” Keane said.

Abigail Lauten-Scrivner has a Bachelor of Science in Journalism from California Polytechnic State University, San Luis Obispo. She has worked as a local government and public health beat reporter for a daily newspaper and is currently pursuing a Master’s in Environmental Science/Natural Resource Journalism at the University of Montana, Missoula.