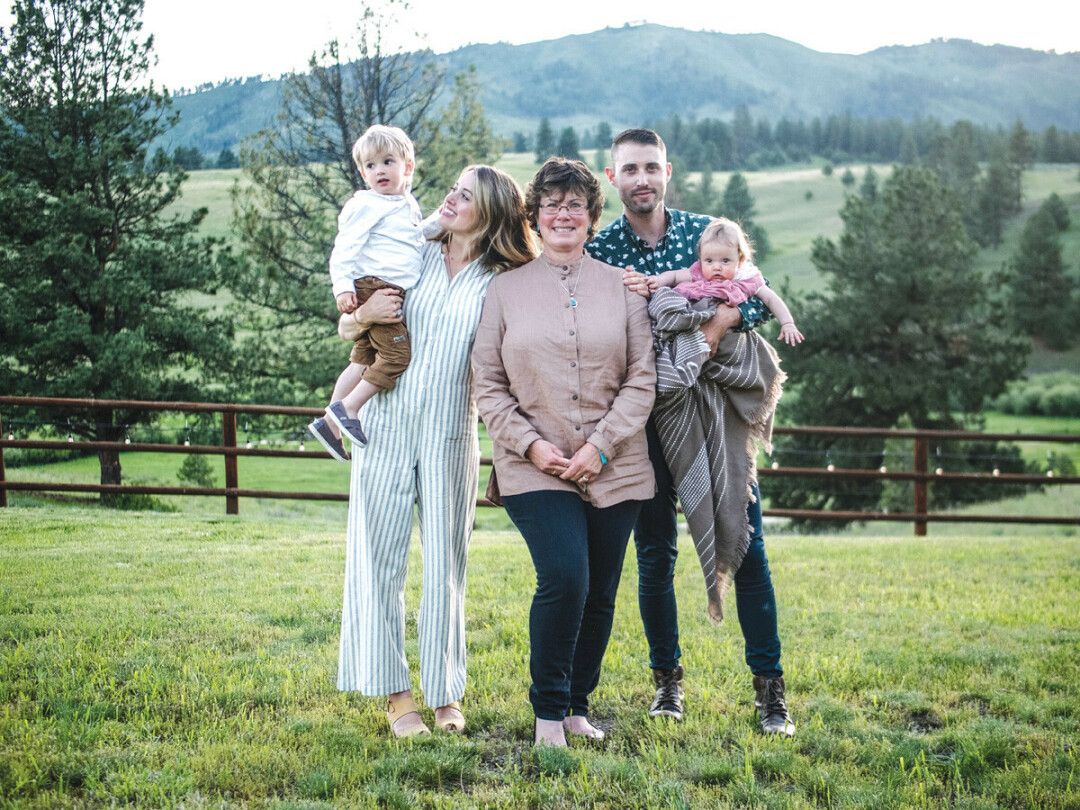 My name is Jodi. I am a registered nurse, wife, mother, and grandmother. I am 59 years old and was diagnosed with Stage IV lung cancer nearly 8 years ago. In 2012, I was experiencing a lingering cough and shortness of breath. I assumed it was nothing more than a seasonal cold as it was the middle of December. After going in for a checkup, taking a round of antibiotics and steroids prescribed to me, I continued having shortness of breath and a worsening cough. I went back for a second visit where a nurse practitioner listened to my lungs and was concerned with how my left lung sounded. A chest x-ray was ordered, which showed a large left pleural effusion. A diagnostic thoracentesis was performed that put me in the hospital for additional tests. After a day of tests, I received the diagnosis of Stage IV non-small cell lung cancer that had spread to my pleura and around the heart. With knowledge from my experience as an oncology nurse in the early 80s, I knew the diagnosis was grim. The oncologist confirmed my feeling when he gave me the somber news of having less than a year to live. Despair, fear, confusion, and an immense feeling of hopelessness filled my head. My initial response was to decline any treatment and let nature take its course. The following day, I received a phone call from my friend/physician who was checking up on me. I shared my decision with him, and he replied with words I will never forget: “I hear what you’re saying, but I want you to listen to me. You’re otherwise a healthy individual, you have a loving and supporting family, your kids are in the prime of their life, and you have options.” It was this phone call that made me realize that my life was worth the fight.

I’m forever grateful for my dear friend’s advice and for my decision to keep fighting, even with all of the road bumps along the way. During the first year of diagnosis, I experienced increasing fluid around my heart, which resulted in emergency surgery to drain the fluid that was creating pressure around the heart. Thirty months post diagnosis, the cancer had spread to my brain in the form of two tumors (one of them the size of a golf ball), which led to brain surgery to remove the large tumor. Surgery was followed by subsequent radiation and a change in my treatment plan (almost four years later I’m still on my same second-generation targeted therapy drug). Most recently, this year, I am dealing with new progression in my left lower lung where the cancer originated. This was treated with yet another round of radiation. My most recent scans showed an increased uptake, which was determined most likely to be an inflammatory response from the radiation and not a residual tumor.

On a more joyful note, since my diagnosis, I have had three grandchildren that were born, attended my son’s wedding, traveled through Europe with another son, advocated for lung cancer in Washington DC, and recently moved to Montana to be closer to my daughter and her family. Daily, I have minor side effects from my medication but generally am able to live to my fullest potential. Along with those side effects are some anxieties that loom over me that I have learned to live with. One of those is the big question of “what’s next?” There are only five FDA approved targeted therapy drugs to treat my specific genetic ALK mutation. I have been on a 1st generation drug and am currently on a 2nd generation drug, which leaves me with one remaining (3rd generation) drug option if my medication stops working. When I was first diagnosed, there was only one FDA approved drug for my specific mutation, which shows how important research is for cancer patients and how far we have come.

I hope that my journey will encourage others impacted by cancer, which is why I have partnered with GO2 Foundation for Lung Cancer and Merck on a new initiative called “Worth the Fight: Taking on Lung Cancer.” The program aims to empower people with advanced lung cancer (and their caregivers) to be an advocate in their cancer care and treatment plans. Through this initiative, my story has been able to reach a broader group of people, and I hope it brings some of them a little bit of hope. If I were to go back and tell myself one thing about my diagnosis, it would be that lung cancer is worth battling and progress is being made that will help along the way. I would assure myself that a prognosis is just a number and not a death sentence. If I were to give advice to someone experiencing cancer currently, it would be that you are not alone. Do not be afraid to reach out to family, friends, support groups, and advocacy groups (such as GO2 Foundation). Don’t delay. It may be easy to ignore bad news, but it’s important to not delay decisions. Most cases of lung cancer are not diagnosed until an advanced stage, when the prognosis is worse. Therefore, it is critical to have an informed discussion about which options might be right for you following diagnoses, especially during the pandemic. Finally, although I did not meet the criteria for lung cancer screening.

I encourage anyone who does to get screening annually, so they have the best chance of catching lung cancer at an early stage. Life is worth fighting for, and we are all in this together. To learn more about Worth the Fight: Taking on Lung Cancer visit www.fightlungcancer.com

Local Bozeman, Montana resident Jodi Parker (59) is a lung cancer advocate, who has battled the disease twice, and is on a mission to encourage others impacted by cancer. Formerly a registered oncology nurse, Jodi is also a wife, mother and grandmother.