How Wildfires Can Benefit Montana’s Birds 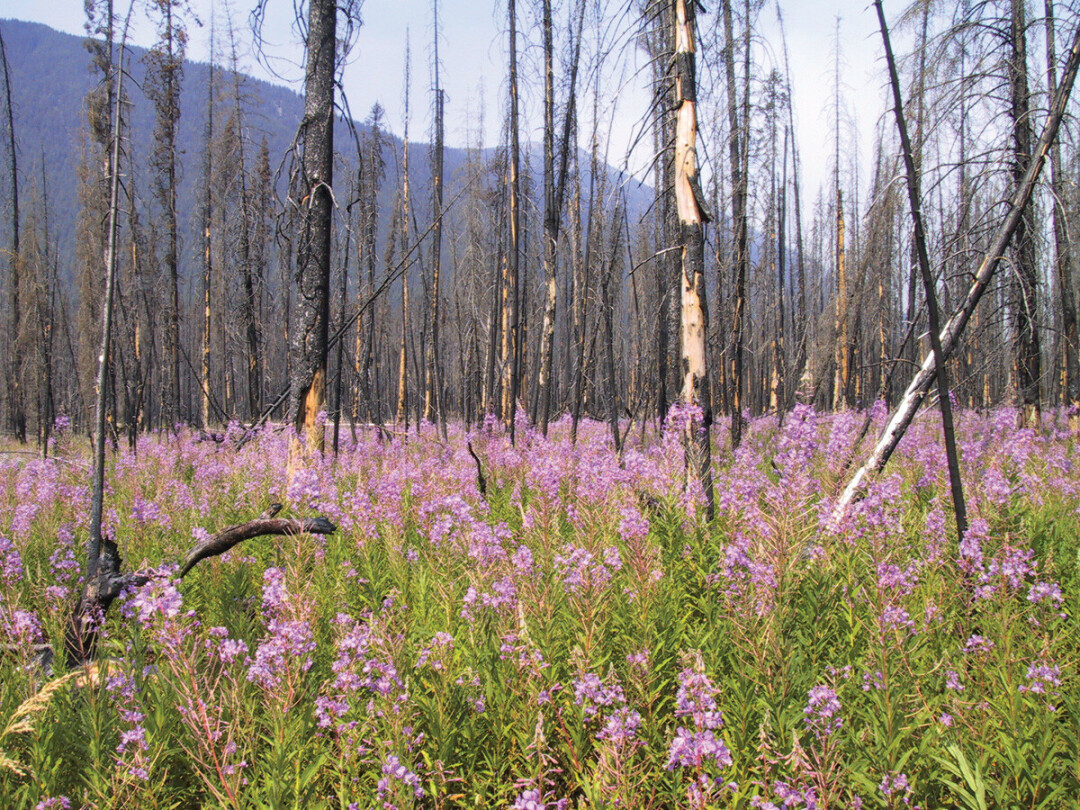 Before it’s over, this year’s fire season will devour a record number of forest acreage across the West. This year, Montana has largely been spared, excluding the residents of Bozeman’s Bridger canyon, and as residents of the state have seen in the past, the Rocky Mountains can burn too. Researchers across the state have spent decades studying what happens after these wildfires and it has become increasingly clear that while they can be devastating, they are also a bringer of life.

Dick Hutto, a fire and avian ecologist and professor emeritus of biological sciences at the University of Montana, has spent his career studying the burned forests of Montana’s Rocky Mountains and the many bird species that call them home. By monitoring and counting birds in different types of forests, he has shown that many birds can be found more frequently in burned forests than in unburned forests.

While at first glance, a stand of charcoaled trees may seem devoid of all life, Hutto explained, many native bird species rely on these burned forests for food and nesting habitat. “Disturbance is a part of the system, just as much as rainfall and sunlight,” said Hutto.

Some bird species prefer to live in freshly burned forests while others wait a few years before showing up. Still, others prefer old and mature forests, but nonetheless, “everything likes some age [of forest] after fire,” said Hutto.

Hutto explained that Montana’s Rockies typically experience high-severity fires, which will be seen in the forest every few hundred years and will burn hot and high into the forest canopy, leaving behind no green vegetation.

But researchers have shown that these burned forests begin the process of regrowth almost immediately. With a now clear view of the sky, lodgepole pine seedlings, fireweed, bunchgrasses and numerous other plant species burst from the forest floor and begin the work of creating the forest anew.

The rapid regrowth of plant life occurs within the first year following a fire and the new plants provide insects with ample habitat, which in turn attracts species of insect-eating birds.

Species including the black-backed woodpecker, Lewis’s woodpecker, mountain bluebird and tree swallow can all be found in abundance in the years following these high-severity fires.

Yet, after decades of studying burned forests, researchers have learned that of all these species, the black-backed woodpecker has perhaps the most unique relationship with fire, living almost exclusively in forests that have been burned in the past few years.

These woodpeckers will be one of the first birds to arrive after a high-severity forest fire and arrive seeking species of wood-boring beetles and bark beetles, said Hutto. The beetles, drawn in by the heat from the fire itself, offer a plentiful and nutritious food source for the woodpecker. The beetles will lay their larvae in the bark of burned trees, which the black-backed woodpeckers, armed with their strong needle-point beak and long tongue, are able to extract. 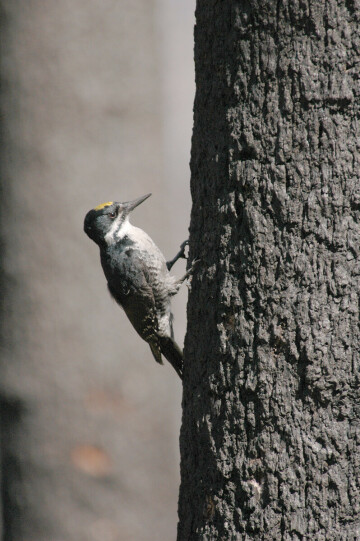 Vicki Saab, a research wildlife biologist at the Forest Service’s Rocky Mountain Research Station said that black-backed and other species of woodpeckers are what scientists call, keystone species, meaning other species rely on them in some way.

Saab explained that the black-backed woodpeckers nest in holes that they carve out of tree trunks. The charred bark and compromised wood of the burned trees also make for a much easier time excavating holes big enough for the woodpeckers to lay their eggs inside and rear their young. These holes are often used later by other forest species including small owls, flying squirrels and many others. By creating holes that other species can use, the woodpeckers are providing a service that is essential to maintaining a healthy forest, said Saab.

Since 1994, Saab has been studying how large-scale disturbances like fire can influence bird distributions in mixed conifer forests including those in Montana’s Rockies. Saab said that the forest service has spent a long time trying to understand these relationships so that they can better manage the forests.

Research like Saab’s and Hutto’s has contributed to a much better understanding of the black-backed woodpecker’s dependence on recently burned forests. Hutto also said that the reason for the woodpecker’s black back is that it can blend in with the charcoaled trees, which can help to keep it safe and hidden from the eyes of predators.

Phil Higuera, an associate professor of fire ecology at the University of Montana said that this is evidence for a longstanding relationship between this species and forests that burn at high-severity. Higuera’s research of charcoal deposits in forest lakes has shown that fires have moved through these mountains since about 14,000-15,000 years ago, when the ice that covered North America at the time receded.

Yet, Higuera said that forest fires are even older than that. “As long as there has been vegetation, there has been fire,” which takes us back about 420 million years into Earth’s history.

With a long history of fire in these forests, the black-backed woodpecker has been able to take advantage of the unique habitats that can be created only by this ancient natural disturbance.

However, as most scientists who have studied fires and fire ecology will point out, climate change has been complicating these relationships between the forest and wildlife.

Higuera said that as fires become increasingly frequent and more severe, forests in some parts of the west are having a harder time regenerating, which is going to have cascading negative consequences on forest-dependent species.

Through their continued research, scientists like Higuera are seeking to deepen their understanding of fire’s role on the landscape in order to inform better decisions about how we manage forests and our communities to stay safe and maintain ecological stability.

For now, it can be a comfort to know that while wildfires seem to be a frightening and new phenomenon, other species that we share the planet with have already successfully learned to live with fire.

“The fact that this bird [black-backed woodpecker] chooses these environments indicates that [fires] are not something new to this century,” said Higuera.

Sierra Cistone is a freelance writer, photographer and MA student at the University of Montana she can be contacted at sierra.cistone@umontana.edu