Do We Really Need A Minimum Wage? 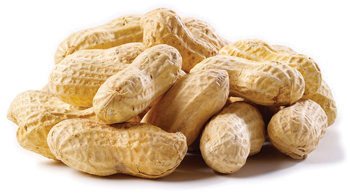 Minimum wage reared its ugly head again during the president’s State of the Union Address. The president would like to increase the minimum wage to $9.00 per hour. But each time the subject comes up the same question is always asked. “Why do we need a minimum wage?”

Well I have a question, “Why is there no maximum wage?” Since we’re in the “wealth redistribution age” shouldn’t the rich be capped just like the poor? If customers couldn’t afford $10 million dollar yachts, would they stop manufacturing them? Or, just reduce the price? If we could just get 40-foot yacht prices down to the price of the average car, then the average family could afford two. Heated cup holders would be slightly higher. Having a minimum wage is just about as ludicrous as my maximum wage argument. So let’s live in the real world.

Minimum Wage and the Economy

Show of hands, how many think the minimum wage should be a “living wage?” Currently, the Federal Minimum Wage in the United States is $7.25 per hour, ($7.80 in Montana) or $15, 080 per year, effective July 24, 2009. To put that wage in perspective, the 2012 poverty guideline for the 48 contiguous states and the District of Columbia for one person is, $11,170. For Alaska, it’s $13,970 and $12,860 in Hawaii. Washington State has a minimum wage of $9.19 per hour followed by Oregon at $8.95 per hour.
There are few places in the United States that a $7-$8.00 per hour job is going to buy you a Donald Trump lifestyle. In fact, nowhere in the minimum wage definition is there anything about it being a so-called living wage. It’s simply a starting point on the economic income ladder.

A few cities have passed “living wage” ordinances for their workers. The jury is still out as to the economic effects that might be produced. And in most locales, living wage laws typically only cover businesses that receive state assistance or have contracts with the government.

Who Can Work For Less Than Minimum Wage?

I don’t think it’s a surprise to many that some school age children can work for less than minimum wage. Employees under the age of 20 can work for $4.25 per hour for 90 consecutive days for an employer. After 90 days they must be paid the full minimum wage applicable for your state, or the federal wage, whichever is higher.

Something that may surprise you is who else can work for less than minimum wage — workers with disabilities. The government feels that people with disabilities will be shut out of the workforce unless they can work for less than minimum wage.
“Employers interested in applying for a sub-minimum wage certificate for disabled workers should contact the Department of Labor Wage and Hour Midwest Region Office at 230 South Dearborn Street, Room 562A, Chicago, IL, 60604, telephone: (312) 353-3809.”

Other groups include full-time students, and student-learners who have been awarded sub-minimum wage certificates by The Secretary of Labor. These two laws alone cover a significant part of the nations workforce. There are also allowances for other professions. Check with your local Job Service to get the exemptions for our state or region.

There was no way I could afford my first apartment without a roommate. Over time that changed as I gained experience and job skills. I moved up the income ladder and lived better.

That’s what is missing in today’s entitlement culture. Overcoming adversity, hard knocks, makes us stronger and more experienced for life’s tougher challenges. You make compromises and exchanges now to improve your condition later. You learn to save for what you want, rather than buying on credit.

Is there a dollar amount you would not work for? I think most of us have our limits however the stories of PhD’s working retail jobs are always in the news.

I have no problem raising the minimum wage. It will postpone some entry-level jobs and may add to unemployment during our economic recovery. But the raising of the wage has proven to have little effect overall in years past because most employers pay more due to market influence.

In the end, politicians on both sides, will posture about the pros and cons, and then late on a Friday evening, after all the reporters are out to dinner, they will pass it in a whisper vote and get on to other more news worthy things.