Do You Live in a Haunted House?

My office line ringing wakes me out of a dead sleep. I try to ignore it figuring who ever is calling my business number at 3 am will leave a message. But when it starts to ring again something inside me urges me to answer. It is my client -*Mary*- whom I have worked with for many years. In fact I had known her for so long that I predicted the birth of her daughter who was now in college. Mary’s voice on the line is frantic and she is sobbing so hard I can barely understand her. In a trembling voice Mary tells me that she thought she just saw a ghost in her kitchen. Mary says this with such conviction that I know she means it, she isn’t joking around. I might add that Mary holds a PhD in psychology, is world travelled and is in her 50’s. She prides herself on being very practical and not the kind of person prone to over reacting to something that may just be imagined. Yet Mary is insistent that I come to her home and find out what is going on. The shadow she had just come in contact with in her kitchen was part of a long list of unexplained activity that had been happening in her home in recent weeks-ever since she began a large re-modeling project. After getting a few details I agree to meet Mary in her home the following day. As part of my work I offer the services of paranormal investigations, a natural extension of my gift as a psychic sensitive. I prefer to work most of my investigations “cold” with little or no knowledge before arriving at the location. Once on the property I use my psychic senses to “feel” what is happening in the location and communicate with the energies that are present. By going in cold I have no preconceived notions of what is “haunting” the property thereby allowing me to focus solely on my sensations, the paranormal phenomenon I experience, if any, and the first hand accounts of eyewitnesses, especially if those eyewitness accounts can be corroborated by others. In this way I can present to my client a comprehensive overview of what is happening energetically in their home and help them decide what to do about the findings. 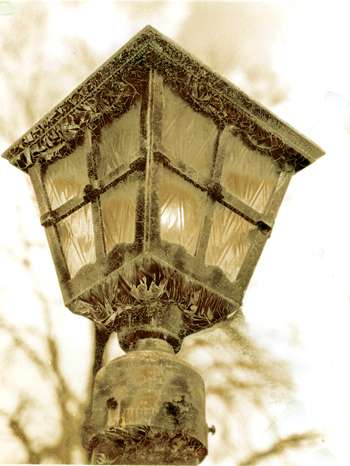 I reach Mary’s home located in an isolated part of SW Montana early that morning. As I walk through the home Mary begins to recollect the family’s experiences of the last few weeks, experiences that had never occurred before in the twenty years they had lived there. Lights were turning on and off by themselves at all hours of the day and night, the coffeemaker was turning on automatically though it hadn’t been set, the elaborate alarm system they had installed to warn of intruders, fire and carbon monoxide would go off during the strangest of times-yet upon investigation no culprit could be found. The kids, some of them teens, were playing cards in a bedroom one evening when a radio plugged in to the wall switched on suddenly blaring white noise that sounded like whispers. The kids were terrified. And now Mary believed she had seen an apparition in her kitchen. What was haunting their home?

Recent statistics suggest that at least 20% of adult Americans have had a ghostly encounter. This means that roughly 80 million Americans believe in the paranormal. That’s a whole lot of ghosts. How do you know if your home is truly haunted or if you may be the victim of an overactive imagination from watching too many episodes of “Ghost Adventures” on the Travel Channel? 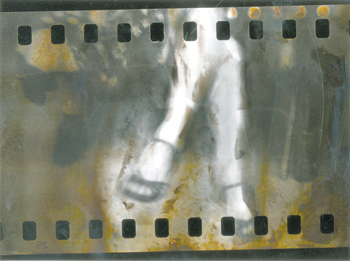 Here are some things to look for:

Instinctively you know your environment and what is normal inside your space and what isn’t. Paranormal energy can be sensed by humans via smells, sound, touch and taste, not just through sight. Visually seeing an apparition is actually very rare in the case of a haunting. More often clients report perfume smells, strange noises, objects being moved mysteriously and getting goose bumps, a metal taste in the back of the mouth and hair standing on end during a paranormal event. You know your environment-pay attention to the subtle changes.

Paranormal energy can interact with humans by “piggybacking” on other forms of energy, including electricity, pets, water (which conducts electricity) and inanimate objects that carry residual emotional or kinetic energy. Unusual electrical malfunctions, animals that refuse to enter certain rooms or behave abnormally as if frightened in those areas, increased instances of paranormal like activity in bath rooms or near water fixtures or increased activity when a foreign object is brought into the home, like an antique, are all things to look out for.

Sudden feelings of depression, anxiety or an increase in addictive behaviors in people who would not otherwise be prone to these feelings or behaviors could mean an increase in the paranormal. All humans have extra sensory perception (E.S.P. or a “Sixth Sense”) and some humans are much more sensitive to changes in the energy around them than others. These psychic sensitives or empaths can pick up on unhappiness, fear, anxiety, etc. that may be residual, or left over, from previous inhabitants and unknowingly adopt that energy as their own.

Children often are the first to notice paranormal activity in a home. The understanding as to why this is seems to stem from the fact that small children make no hard distinctions between real and imaginary until about the age of 7. For a child to speak of the old lady they just saw in the attic or the sad little boy in the basement is an expression of their glimpse into another reality and may not necessarily be their imagination.

Stories told by others about your residence can be revealing. If you live in a home that has historical significance due to an important event that took place there you may experience residual kinetic energy from days gone by.   If you are new to your neighborhood ask your neighbors about the home’s history or snoop in old records available at the courthouse or historical society. You may find some facts that can help you understand the energy flowing through your home.

In Mary’s case I completed my walk through investigation and after reviewing the evidence of Mary’s experiences as well as her family members and listening to the recording of my walk through I could find nothing that pointed to Mary’s house being haunted. Not wanting to leave any stone unturned I decided to dig a little deeper.   After consulting with several experts on the remodeling project Mary was doing it was determined that there was an electrical surging issue with the line going to Mary’s home. I can confidently conclude that Mary does not live in a haunted home. Mary was very relieved to learn this news and in checking back with her for an update she has not had any more paranormal occurrences since the remodel was completed.

The   *Jackson* family was not so lucky. The young family rented a two-story home in the middle of a small Rocky Mountain town. Almost immediately after moving in they started to hear foot steps in the upstairs bedroom when no one was upstairs. Back and forth and back and forth the foot steps would pace, only stopping when one of the family members would go up to investigate. Other strange phenomena began to happen like doors shutting forcefully and locking themselves shut, windows that had been closed and locked would somehow open; bed frames shaking by themselves and the unexplainable smell of fresh pipe tobacco smoke wafting through the rooms. Mrs. Jackson was at her wits end and feared she was going crazy. It didn’t help matters that she was trying to raise her five year-old son and had another baby on the way. The final straw came when her little boy got up one morning and told her all about the scary old man with the long beard he had been seeing standing over his bed in the upstairs bedroom-the same room the foot steps had been coming from. Upon investigation it came to light that the rental home had been a rental since the 1960’s. Many renters had lived in that little house, usually just through one ski season or one summer season and then they would move on. Two former tenants came forward, one who had not been in the home for 15 years, to say that they had themselves seen a small grey haired man with a long beard in the upstairs bedroom sitting on the bed. A neighbor also told of witnessing the same old man staring out of the window upstairs onto the street below at a time when the home was vacant of renters. Needless to say the Jackson family packed up and moved out shortly after this information was given to them. I sometimes find myself in that neighborhood where that house is still standing and I wonder to myself how the current occupants will sleep tonight.

Kathleen Johns is a psychic sensitive with over 20 years of experience working with unexplained, metaphysical and paranormal phenomenon. Visit www.KathleenJohns.com for more info.