Over the years, family and friends have listened to stories about my summers in Yellowstone as a Park Ranger.
Here are just a few for your reading pleasure:

Pris and I packed our van with clothing and household items and headed north on the I-15 for the 1200 mile drive from Orange County, California to the northwest corner of Wyoming.
After two and a half days of driving, we drove up to the West Entrance Gate and were greeted by a park ranger.
“Welcome to Yellowstone.   I’ve got a park brochure for you and information about the latest road conditions.”
“Thanks.   I’m reporting for duty at Lake Ranger Station today.”
It was the first time I ever identified myself as a park ranger. It felt good. I could hardly contain myself about putting on the uniform (smokey bear hat) and joining the ranks of the Park Service.
“Alright then.   I’ll just need to check your paperwork and get you on your way.”
I handed the ranger a packet of orientation papers which he quickly
looked over.
“Looks good to me. You have a good summer over at Lake.”
And off we went.
Two hours later, we pulled into a dirt parking area in front of Lake Ranger Station. It was an amazing structure with its “trapper cabin” style overlooking the north shoreline of Yellowstone Lake. The ranger station had been completed in 1923 when it replaced one of the soldier stations.
When it was first built, it was designed with a large octagonal “community room” with a central fireplace. This rustic hall served an informational function by day, and, in the evening, it became the scene of a folksy gathering place around a log fire.
I met briefly with Bob Mahn who was the Sub-District Ranger at the time.
Mahn was bigger than life and a legend in Yellowstone National Park. He had to be the slowest talking man I’d ever met in my life. At first, I thought he was messing with me.
Slower than slow, Mahn smiled and loudly said, “Rick. I want you to get
settled in. You can report in tomorrow morning at 8 o’clock. For now, get on over
to the South District Office and one of the clerks will give you directions to the housing area.”
The next morning I was up bright and early putting on my new uniform and out the door before Pris was awake.
As soon as I entered Lake Ranger Station, I was greeted with smiles and handshakes from a group of seasoned park rangers who were getting ready to hit the road.
The first thing I did was to drop my government forms all over the floor while trying to shake hands. As I bent over to pick up the forms, I split my trousers along the rear end seam. So much for first impressions.
Blushing with embarrassment, I politely excused myself and headed back to our efficiency apartment to sew up my new forest green trousers so they wouldn’t split open again and make a second attempt at reporting in for duty.
“Pris are you awake? My trousers don’t seem to fit me right. Do we have any green thread and a sewing needle?”

The American Bison is the largest terrestrial mammal in North America. The popular name for this wooly animal is buffalo, but it’s the wrong name and inappropriate designation. True buffalo are native only to Africa and Asia.
A 2000-pound bison smashing into your car at 30 miles per hour has been called a lot of other inappropriate names that won’t be repeated in this story.
The first traffic accident I responded to in Yellowstone was on a curve just north of the Buffalo Ford Picnic Area. When I pulled up on the accident scene, the car was in the middle of the road, engine running, one headlight. I walked up to the car to check on the driver and passengers for any injuries.
“Is everyone ok?”
The driver kept staring toward the right side of the roadway while saying, “Buffâ€¦Buffalo.”
“Can you tell me what happened?”
“We were headed for Canyon Village when a buffalo ran across the road in front of us. I tried to stop but I hit him and then he rolled off the hood. And then he came back at us and kicked the headlight out.”
Looking at the passengers in the car, they had the same look of disbelief as the driver did about this encounter with a very large animal in the middle of the night.
I started shinning my flashlight off to the right side of the road. I didn’t plan on taking any road measurements or photos until I knew exactly where that bison was. If the bison was hurt, I might have to put him down. There he was 30 feet off the paved road. Standing proud and tall, waving his head back and forth, and pawing the ground. I could hear him snorting. He was standing his ground and ready to charge his one-eyed enemy if it made any sudden moves.
The standoff lasted a few minutes. And then it was over. The bison called it a night. Walked off and disappeared into a stand of lodge pole pines along the Yellowstone River.
I’m pretty sure the accident report for the insurance agent the next day was going to be another one of those, “You’re not going to believe this butâ€¦”

Whether it was a car accident on the Grand Loop Road or a search and rescue in the backcountry, I learned early on that rangers were some of the most caring, dedicated, and professional people you’d ever stand next to.
Every summer in Yellowstone there were countless incidents involving children in crisis.
Lake Area Rangers thought that it might be a good idea to start carrying teddy bears in the trunks of our patrol cars to provide an emotional band-aid for these kids.
Thanks to Hamilton Stores, who donated dozens of teddy bears, every patrol unit had a white canvas bag stuffed with teddy bears in the trunk for some of the park’s youngest visitors.
I started keeping a journal about our teddy bears and the kids who held on to them.
I remember   a 2 year-old who was flown to an Idaho Falls Hospital from Lake Hospital because of severe seizures, a 6 year-old who was traumatized by seeing his father severely burned by an out of control campfire, and an 11 year-old girl who tightly clutched her teddy bear all the way back to her home in Kalamazoo, Michigan where her older brother had just been murdered.
When the press picked up on these stories, we became known as the Teddy Bear Rangers of Yellowstone. 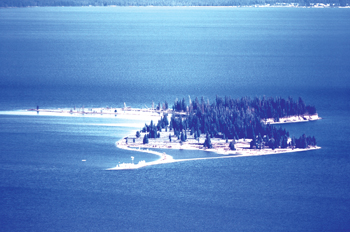 Kids, You Got To Love Em

On the Yellowstone River, just north of Fishing Bridge, is some of the best catch and release fishing in the country. The prize is the Yellowstone Cutthroat Trout ranging in size from 6 to 26 inches with its red, pink or orange marking beneath the jaw giving the species its name.
Ask any avid fly fisherman what his plans are for July 15th, most likely he’ll say, “I’ll be on the Yellowstone River fly-fishing for cutthroat trout.
And that’s where I was. Every July 15th, I was on shoreline walking both sides of the Yellowstone River greeting fisherman as they cast their lines out.
It was unusual for me to issue violation notices to fly fisherman for not obeying the catch and release regulations.   Most anglers I met on the river had been coming into Yellowstone for decades and knew the regulations better than I did.
From time to time, I walked up on a few who blatantly ignored the regulations or didn’t take time to read through them before casting a line in the river.
I remember looking through my binoculars one afternoon and seeing a man in his early thirties fishing on the shoreline with a rod and reel. To his right, I could see a young boy who was probably around 4 years old. The fisherman continued to cast as I walked up to him.
“Good afternoon. How’s it going?”
“I’m having a good day on the river. This is the first time my son and I have fished together.”
“That’s great. I’ll need to see your fishing permit please. If you would, bring your line in and then I’ll take a look at your permit.”
“No problem, Ranger.”
The fisherman brought his line in and handed his fishing rod to his son. He pulled his permit out of his fishing jacket and showed it to me.
“Looks good. I appreciate it. Enjoy the rest of your day on the Yellowstone River.”
As I started to walk away, I overheard the little boy ask, “Daddy, you gonna show the ranger all the fish you caught today?”
Whoops. Kids, you got to love em.
I turned around and looked at the fisherman and smiled.
“Why don’t you go ahead and show me where you’ve stashed the fish.”
I followed the fisherman and his son about 50 feet upstream. The young boy skipped the whole way excited about showing the ranger all the fish his dad had caught.
Sure enough, there they were. Out of sight. 5 large cutthroat trout on a nylon stringer in a hidden pool of water. They were still thrashing around and trying to get free.
Rather than embarrassing the fisherman in front of his son, I took him aside and strongly suggested he read and follow fishing regulations and that 5 fish in a catch and release zone usually meant a mandatory appearance before the U. S. Magistrate.
“I’ll tell you what. If you can get all of those cutthroat back in the river without them going belly up, I’ll just give you a verbal warning today.”
“Yes sir. I can do that.
At my request, the fisherman explained to his son that this was a catch and release area for cutthroat trout and it was the ranger’s job to make sure that no harm came to any of them.
For the next 20 minutes, father and son removed cutthroats from the nylon stringer and gently released them back in the Yellowstone River.