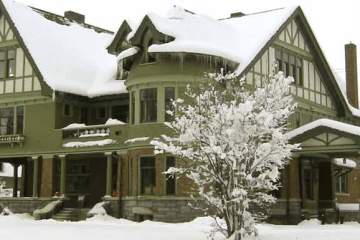 The story of the 100-year old Story Mansion began with its builder, T.B. Story and family (1910-23) who sold to Sigma Alpha Epsilon fraternity (1923-2003), then bought by the City of Bozeman (2003-2012). A new chapter is unfolding under Exergy Friends of Story Mansion (EFSM) beginning in June 2012. The Exergy-Friends combination merges the many valued community commitments of Exergy Development Group with the community vision for the mansion demonstrated by Friends of the Story.