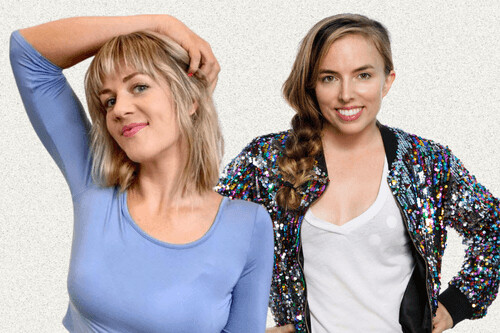 Born and raised in Milwaukee, Wisconsin, Lara Beitz cut her teeth in the Chicago comedy scene before moving to LA and becoming the most talked about new addition to the legendary Comedy Store’s stable. Since becoming a regular, Beitz has quickly gained fans from the top of the comedy world, including Judd Apatow, and Joe Rogan, who took to Instagram to call her “the real deal.” She gained more fans soon after by appearing on David Spade’s Comedy Central series LIGHTS OUT WITH DAVID SPADE and can recently be seen on THE JOE ROGAN EXPERIENCE. She co-hosts the podcast SLOBS opposite Steph Tolev and Jessica Michelle Singleton. Beitz has opened for Joe Rogan, Marc Maron, and Pete Holmes in theatres across the country while also headlining weekends in comedy clubs. This show will also feature Jessica Michelle Singleton! Raw, absurd and fast-paced, Jessica Michelle Singleton (JMS) is a powerhouse of comedy in a teeny tiny package, known by fans for her high energy, overly honest, dark and dirty performances. She's 1/3 of the hilarious comedy podcast "Slobs" on The Comedy Store Podcast Network and her recently released second comedy album, "Horny for Death" reached #1 on both the iTunes and Amazon charts making it her second #1 comedy album. She's a Paid Regular at The Comedy Store (as seen on the Showtime series of the same name), and tours all across the world from the US to Asia, and Europe down to South Africa. She's been a guest on Bert Kreischer's "Bertcast" and "Gettin' Better with Ron Funches", shot a special produced by Iliza Shlesinger (winner of Last Comic Standing) and toured with/wrote for Melissa Villasenor of Saturday Night Live. She has also released multiple charting country songs because she's an extremely versatile piece of trash. Tickets are just $20 online and $25 at the door!