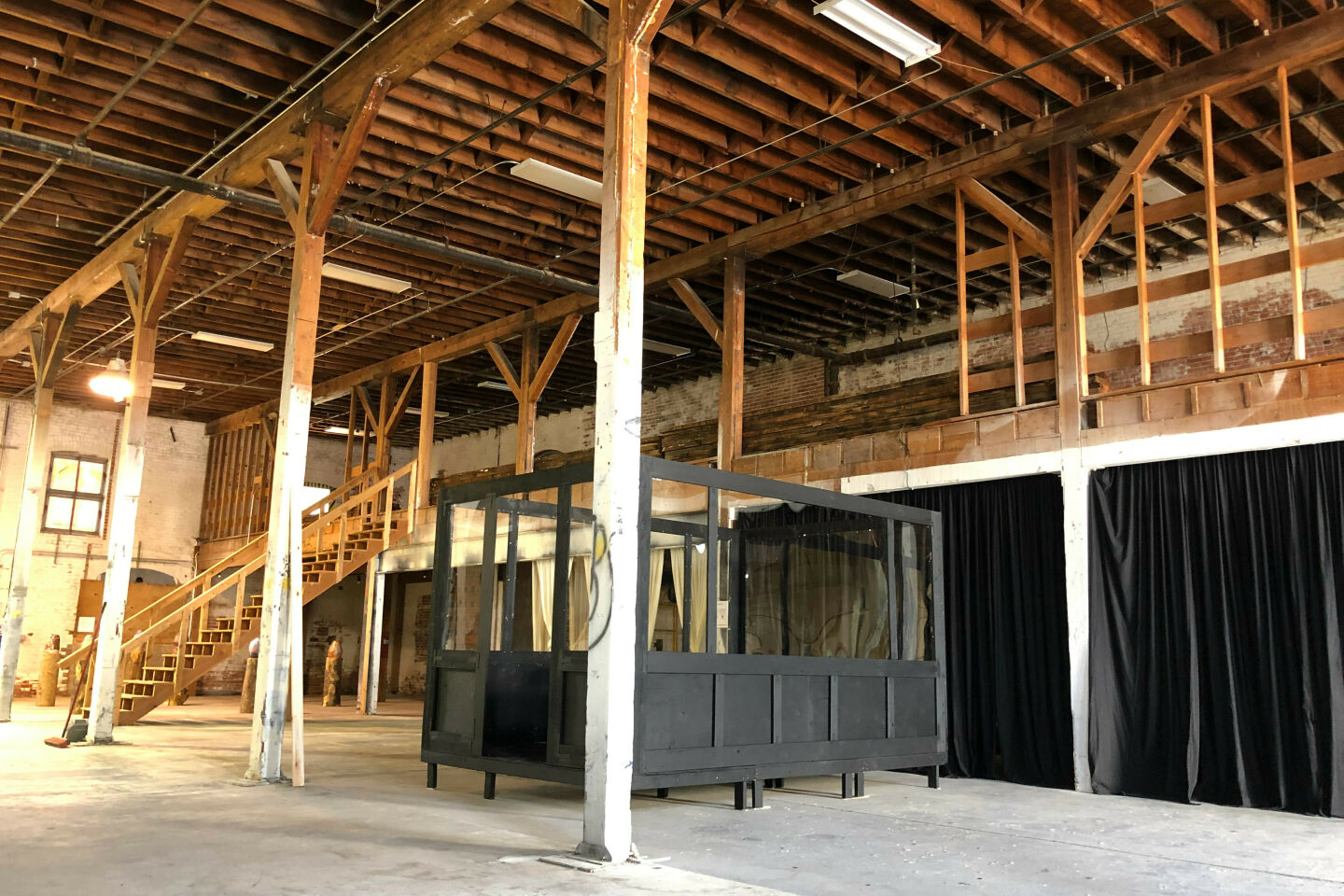 In "Strange Mating Calls", a mysterious visitor descends upon an upper-class home and seduces each member of the household, radically disrupting the family structure. Pasolini’s original story begs the question, what happens when we are suddenly forced to really look at ourselves- our identities, our impact on the world around us, our repressed desires... all at once? "Strange Mating Calls" is a co-production between Nervous Theatre and Bozeman Actors Theatre. This world premiere theatre piece reimagines Pier Paolo Pasolini's controversial 1968 film Teorema. Nervous Theatre's Connor Berkompas and the cast adapt this film into their own adaptation in an immersive theatre experience held inside the Story Mill Warehouse, in the middle of the Tinworks Art installation exhibits in the massive old Story Mill Warehouse. Director Connor Berkompas says of the adaptation process, “this is the first time we’re using a film as our source material. Pasolini’s sparse screenplay contains very little dialogue, and we wanted to embrace that. We’ve been exploring how compelling behavior and theatricality can exist in silence.” Nervous Theatre is dedicated to producing new works and radically reimagined classics. Winner of Bozeman Magazine’s Readers Choice Award for ‘Best Touring Production’ and hailed as ‘Ambitious and Fabulous’ by the San Diego Reader, Nervous Theatre was last seen in Bozeman with their productions of Mommy’s Dead and They Buried Her in Moscow. Bozeman Actors Theatre reopened after the pandemic with their productions of "Polaroid Stories" and "Lungs" in March and May to start their 14th year of operations. BAT's mission is to present professional, thought-provoking, and adventurous live theatre.