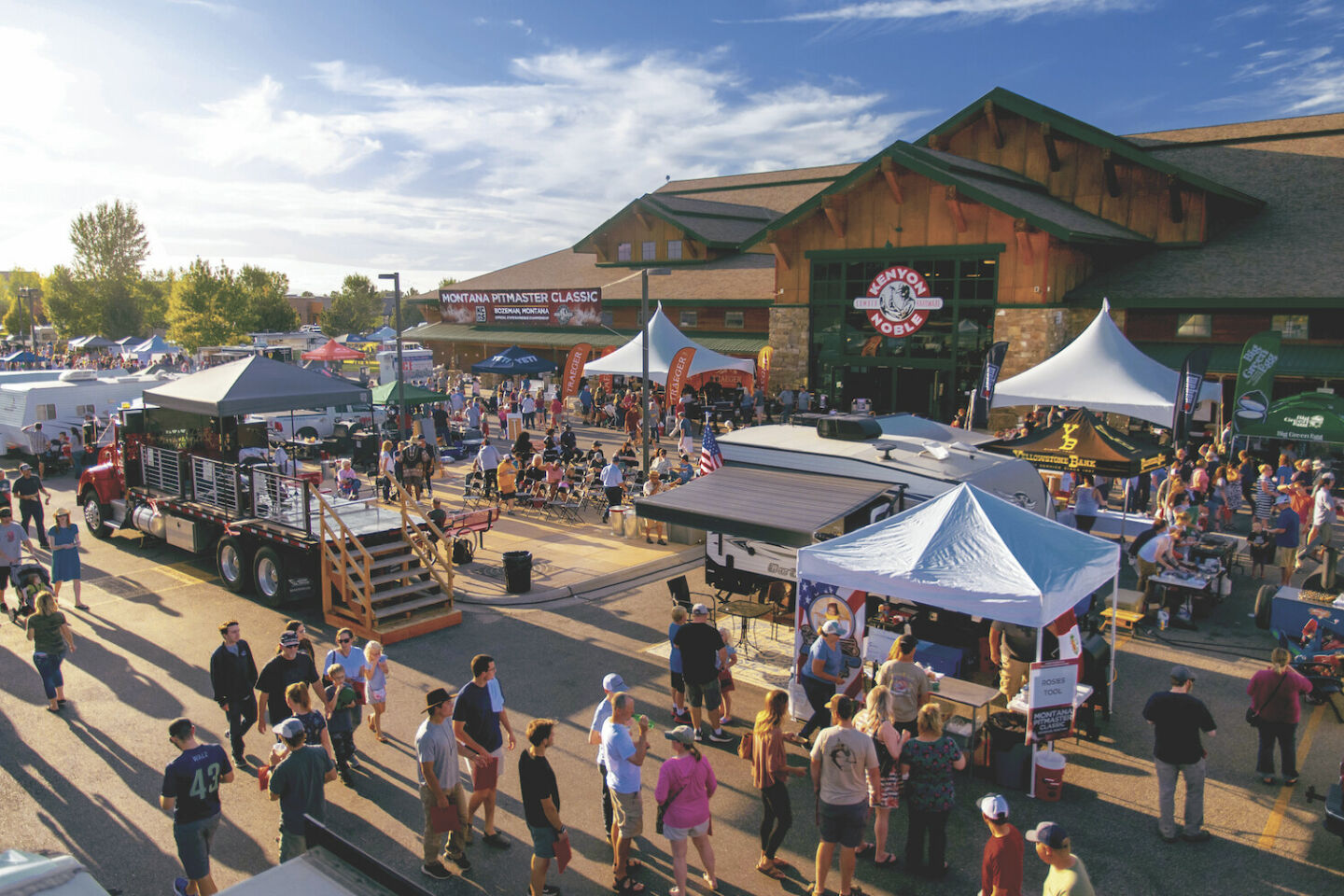 Who:
30 BBQ Pitmasters from all over the USA & Canada

The Montana Pitmaster Classic is a non-profit event created to increase awareness of the competitive world of barbeque & a community event that will benefit the Gallatin Valley YMCA. This event is a KCBS (KANSAS CITY BBQ SOCIETY) sanctioned competition where Kenyon Noble Lumber & Hardware of Bozeman is hosting 30 professional and amateur contestants from Montana, Western US and Canada. All these Pitmasters will be competing for the Montana State BBQ Championship in the categories of chicken, ribs, pork and brisket. The overall highest scorer in all categories of this competition will become the Grand Master of the tournament and state champion which will make them eligible for the Kansas City Royal which is one of the biggest barbeque competitions in the world.

Bozeman’s BBQ & Blues night, Friday August 27th features most of the competition teams serving a variety of specialty BBQ foods at their cooking station booths with blues from Montana’s Original Blues Artist, Andre Floyd setting the mood for a great family event. A large portion of the revenue generated from this 2-day event will going directly to the community & the Gallatin Valley YMCA.

On Saturday the 24th from 1-4 during the competition there will be plenty of BBQ food sampling and grilling demonstrations from the professionals at Big Green Egg, Trager Wood Fired Grills and Weber Grills that will inform folks about innovative ways to produce great barbeque with ease. This year, Traeger Wood Fired Grills will be bringing in a special guest, World Champion Pitmaster Doug Scheiding (Traeger Pro & Rocket Scientist), who will be delivering in-person demos + classes, sharing his tips & tricks for top-notch wood fired BBQ. After the competition, stick around until 4:30 and see who will be crowned the Montana Pitmaster Classic Grand Champion at the trophy ceremony.