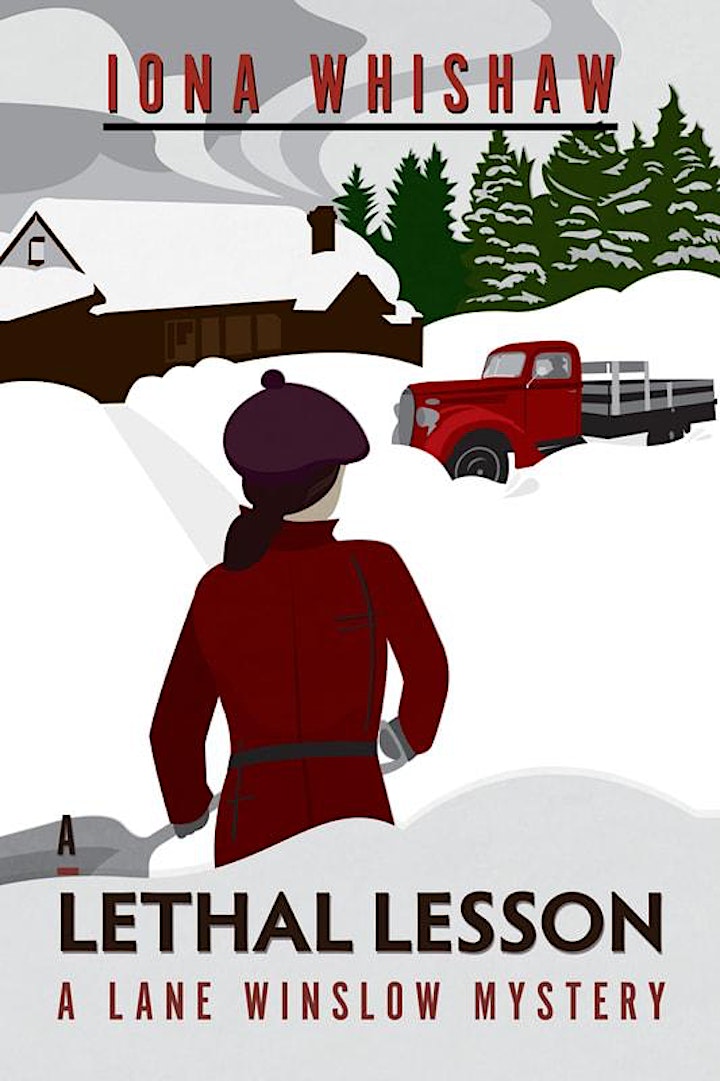 Back home in the Kootenays after her Arizona honeymoon, Lane offers her assistance when neither the outgoing teacher, Rose, nor her replacement, Wendy, show up at the local schoolhouse one blizzardy Monday in December. But when she finds the teachers' cottage ransacked with Rose unconscious and bleeding, and Wendy missing, Lane delivers Rose to the hospital in Nelson and turns the case over to her exasperated husband, Inspector Darling, and his capable colleagues, Sergeant Ames and Constable Terrell.

Never one to leave a post unmanned, Lane enlists as substitute teacher for the final two weeks before the Christmas holidays, during which time she discovers a threatening note in the teachers' desk and a revolver in the supply cupboard. But these clues only convolute the case further. Who has been tormenting these women, and where has Wendy gone?

Meanwhile, Darling finds the body of a hit-and-run victim in a snowbank miles outside of Nelson, the residents of King's Cove are preoccupied by the possibility of a new neighbour, and Sergeant Ames is as confused as ever by the inimitable Tina Van Eyck.