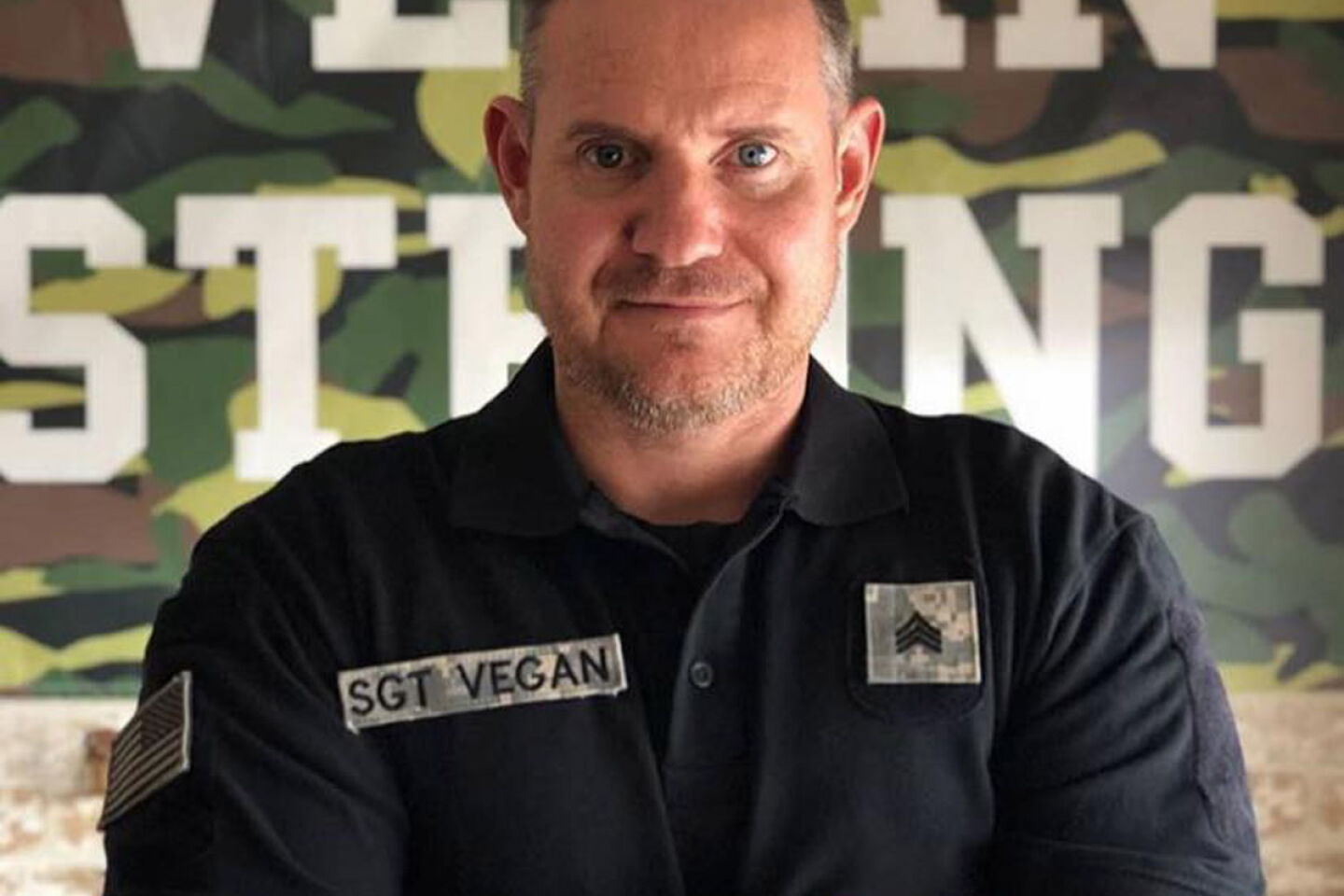 This is a free event. Enjoy dinner and a presentation with Bill Muir, RN, BSN, aka "Sgt. Vegan" and author of the book Vegan Strong. Bill joined the army after the 9/11 attacks and became a paratrooper with the 173rd Airborne Brigade and served in Afghanistan as a Combat Medic. Living a vegan lifestyle since 1992, Bill will tell the story of his basic training and career in the army and share his enthusiasm and knowledge of better health with a plant-strong diet. Copies of his book and Vegan Strong T-shirts will be available. After 9/11, Sgt. Vegan left a cushy job teaching English in Japan to join the Army. Despite being afraid of heights, he became a paratrooper with the 173rdAirborne Brigade, and served in Afghanistan as a Combat Medic. A vegan since 1992, SGT Vegan adhered to his plant-fueled diet throughout his rigorous training and deployment. Since being Honorably Discharged from the Armed Services, SGT Vegan has earned a Certificate in Vegan Culinary Arts from Atlantic Union College and a Bachelor of Science in Nursing Degree from Drexel University. SGT Vegan now works as a Registered Nurse with our nation’s heroes at the West Los Angeles VA Medical Center. About the Book VEGAN STRONG With growing concern for animal welfare, along with looming environmental crisis and health concerns, more and more people are considering the vegan lifestyle. While being vegan is easy, change can be a little scary, so it is always good to have an expert on your side. In his new book, Vegan Strong: The Ultimate Field Manual for a Kick-Ass Plant-Fueled Life, Bill “SGT Vegan” Muir provides readers with a guide on how to navigate all the life changes that go with being vegan.