In today’s musical culture, the word “authenticity” has pretty much lost all meaning. What used to represent something bona fide and true is now just watered-down marketing speak, stamped onto press releases without a second thought. Born in Montgomery, Alabama in 1983, JP Harris doesn’t fancy himself so much a musician as he does a carpenter who writes country songs. After finishing the eight grade, he boarded a Greyhound in the middle of an early summer night, and scarcely looked back. He traveled the country, often alone, hitchhiking and hopping freight trains while making his living as a farm laborer, shepherd, woodsman, and carpenter, among many other titles. Still an in-demand carpenter to this day, Harris has been writing and performing country music for nearly a decade now, releasing his debut album, I’ll Keep Calling, in 2012. He followed that album with Home Is Where the Hurt Is in 2014, which only saw his star rise both among country fans and critics at major outlets like Rolling Stone. JP was also referenced by Eagles frontman Don Henley in a 2015 interview with Hey Reverb as making “thoughtful, authentic music.” With his forthcoming album “Sometimes Dogs Bark at Nothing,” he’s back after a fouryear hiatus to remind folks what a lifetime dedicated to country music really looks and sounds like. Sure to please fans of his hardscrabble earlier work, this new release also finds the acclaimed songwriter and vocalist stretching himself musically and personally. In just about every way, Sometimes Dogs Bark at Nothing is a recorded manifestation of Harris’ growth over the last four years. He’s become more comfortable in his singing, more confident in his artistic direction, and more adventurous in his sonic palette. He’s letting listeners in to some of his most difficult struggles and turning a compassionate eye to the struggles of others. 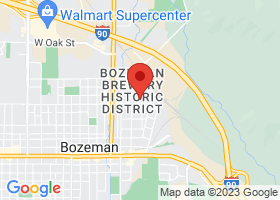