Jenny Price, writer, artist and environmental historian and author of "Flight Maps: Adventures with Nature in Modern America" will present "Stop Saving the Planet! A 21st-Century Environmentalist Manifesto" as part of The Ivan Doig Center for the Study of the Lands and Peoples of the North American West’s Perspectives on the American West Lecture Series.

Doors open at 5:30 p.m. The lecture will be followed by a reception in the lobby of the Museum of the Rockies. This event is free and open to the public.

Are you freaking out about climate change? Then come hear why “save the planet!” has always been a lousy environmentalist mantra. Why "environment" has become the F-word in American politics. And why, if we really want to clean up environmental messes, we need to stop obsessing about how to "save the planet" and start obsessing instead about how to change, use and live inside of environments more sustainably and more equitably.

Jenny Price is a public writer, artist and environmental historian, as well as a research fellow at the Sam Fox Schoolof Design & Visual Arts at Washington University-St. Louis. Author of "Flight Maps: Adventures with Nature in Modern America" and “Thirteen Ways of Seeing Nature in L.A.,” she is co-founder of the public art collective, LA Urban Rangers, and a co-creator of the Our Malibu Beaches mobile-phone app. She has been a resident artist at MOCA and the Orange County Museum of Art, and has held visiting professorships in American studies, the arts and environmental humanities at Princeton University. She is working on a new book, "Stop Saving the Planet! A 21st-Century Environmentalist Manifesto."

About the Lecture Series:

The American West Lecture Series features experts from around the country discussing the history, literature and culture of the West; issues affecting the wildlife and fisheries of the region; and the West's geography, geology and resources. The series is co-sponsored by the Burton K. Wheeler Center and is a program of The Ivan Doig Center for the Study of the Lands and Peoples of the North American West, an interdisciplinary research center within the MSU College of Letters and Science that is focused on the places and peoples of the Western United States and Canada. 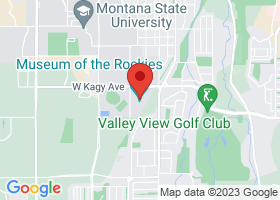