Logjam Presents is pleased to welcome Ranges for a live concert performance at Rialto Theatre on Friday, September 27, 2019
RANGES is an instrumental post-rock band from Bozeman, Montana. Founded in 2013, RANGES has spent over half a decade working toward gaining an audience which is truly international in scope.
RANGES’ latest album The Ascensionist was released in 2017 and supported by US and European tours. The album quickly sold through the first two vinyl pressings and has been warmly received by fans from around the world. Their song "The Greater Lights" is featured on the Spotify-curated playlist Deep Focus and has received nearly 4 million plays since its release.
2019 will see the release of RANGES’ next full-length album ‘Babel’ on September 30th through A Thousand Arms Music (US) and dunk!records (EU).
Tickets go on sale to the general public Friday, June 07 at 10am, online or by phone at 800-514-3849.
Press release, photo's & bio's are available: https://drive.google.com/drive/u/0/folders/1a3e7BEiaiAZ0DoYxbQvQFeXO3gwLVxIS
Additional ticketing and venue information can be found here.

Please let us know if you need any additional assets, have any questions, or if you would like to coordinate any press. We are happy to help accommodate. 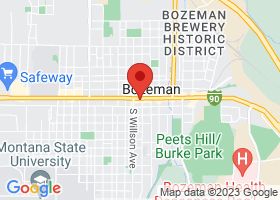