Paige And The People's Band are a new act, hitting the stage in 2016! However, members of Paige and The People’s Band have been, charming, captivating and blowing the collective minds of audiences throughout the U.S. and Europe for many years. Sharing the stage with such musical legends as BB King, John Hiatt, Willie Nelson, The Doobie Brothers, Lyle Lovett, Pat Benatar, Kenny Loggins aaand that’s enough name dropping.
An eclectic mix of Funk, Soul, Rhythm and Blues, Jazz, Folk and Pop music from some of the best known and least known artists! Including, Aretha Franklin, Sia, Earth Wind and Fire, Lake Street Dive and some lesser known acts such as, Snarky Puppy, Rubblebucket, Zaz, Quantic Soul Orchestra and their own original works. Paige And The Peoples Band enjoy mixing it up, keeping their performances fresh and different. They keep the dance floor popping and not just with the same tired hits. Their high energy act mixed with technical skill and a whole lot of Soul, make them a band to remember and definitely not to miss! 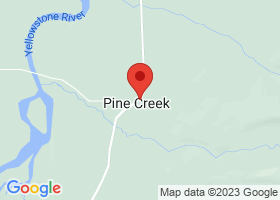