Mountain of Storms and Fitzroy In 1968, five friends set out on a 5,000-mile road trip in a white Ford van bound for South America. They packed surfboards, skis, and climbing gear and documented the whole trip on a 16mm Bolex camera. From Ventura, California to a first ascent on Cerro Fitz Roy, with a stop for sand skiing and 31-days in an ice cave in between, Mountain of Storms not only prefigured the modern adventure movie, it serves as the mythological origin story behind the Patagonia name and philosophy, and informed a founding principle that would come to dominate these men’s lives for the next five decades: what’s important isn’t what you accomplished, it’s how you got there. This Bozeman premiere of the newly remastered “Mountain of Storms” will be followed by a special screening of “Fitzroy” a film by Lito Tejada-Flores. This rarely seen art film (27 minutes) won the Grand Prize at the 1968 Trento Film Festival. Presented by Patagonia and the Bozeman Ice Festival. Tickets available at www.bozemanicefest.com 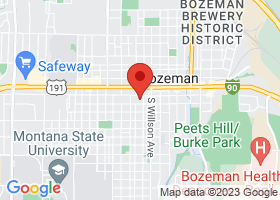